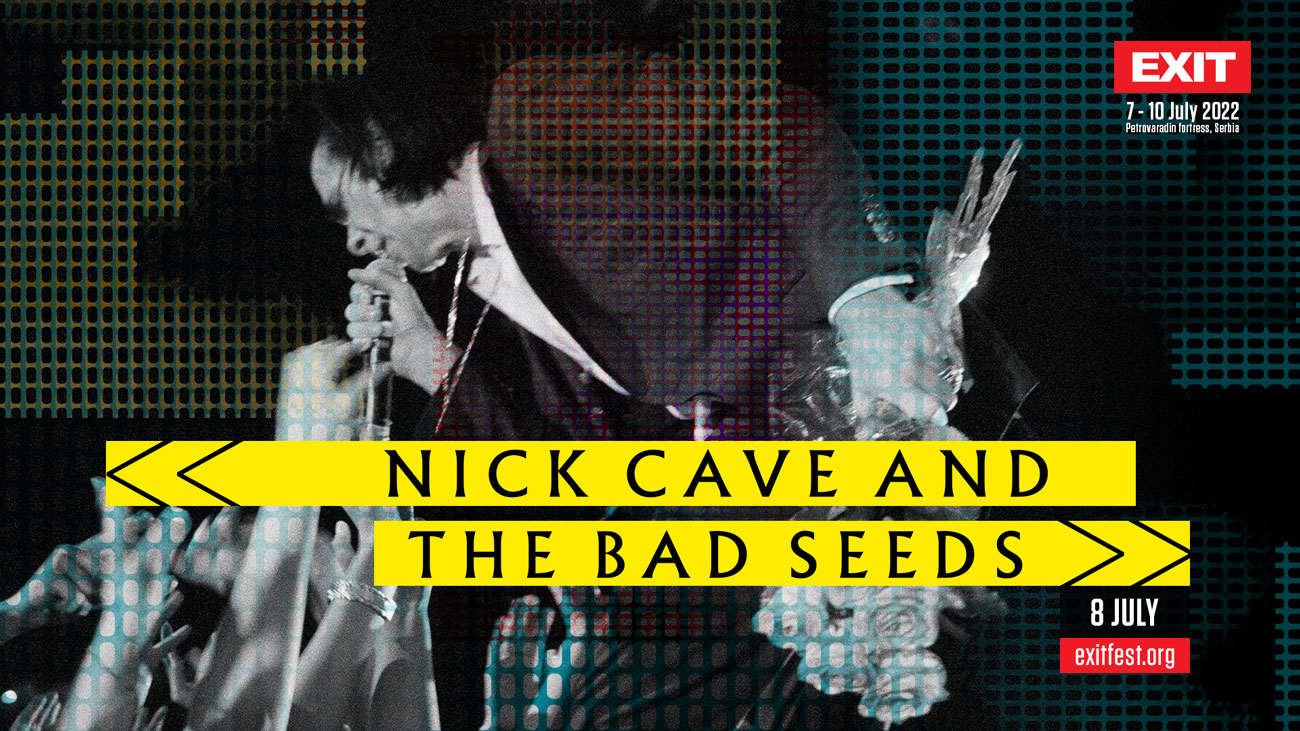 One of the most original and influential bands in the world, led by an indestructible rock preacher, will thunder from the festival’s Main Stage on Friday, 8th July, and after an unforgettable performance by The Cure, continue the trend of rock legends performing at EXIT. Their performances, intense and loud, charged with powerful emotions and charisma, are always more than just concerts, and often more than the music itself, making them ideal headliners for the beginning of a new era of the two-time European festival champion. Single day tickets for 8th July 2022. are available from today.

“With this year’s historical edition, which marked return of a major festivals, EXIT proved that the strength of unity and will is bigger than the biggest obstacles threatening to separate us this year as well. Moreover, we proved to the world that there is a way for festivals to be organized safely, even during a pandemic. While the story of the miracle that happened at our magical fortress continues to traverse the planet, we look with great optimism at 2022, when Novi Sad will be the European Capital of Culture, an achievement that Exit’s team brought to our city. We believe that there is no better way to announce such an important edition of the festival than with one of the greatest rock and roll artists ever,” said the founder and director of the EXIT festival, Dušan Kovačević.

Nick Cave’s biography could provide enough “fuel” for any ordinary artist, let alone one of the greatest rock poets in history. With an almost 50-year-long career, which began back in 1973 with the founding of the band The Boys Next Door, Nick Cave is considered the embodiment of rock’n’roll, a person who has deeply influenced the history of popular culture and its greatest achievements. Musically educated and talented, Nick has always wanted to pursue rock because, as he says, it is revolutionary and has the power to change people. By his admission, at the very beginning, American rockers as well as the British band Jethro Tull had a significant influence on his work, helping him develop a recognizable personal style, which changed over the years, both in terms of sound and in terms of his approach to songwriting.

He began his journey with The Bad Seeds in 1983, after the collapse of the cult band The Birthday Party, and created, according to media reports, one of the most significant phenomena in the era of post-punk and alternative rock from the 80’s to the present day. In almost four decades on the scene, the band has released 17 studio albums, and it is difficult to determine which one had the greatest impact. The furious ’80s and ’90s were marked by outstanding releases such as “From Her To Eternity,” “Good Son,” “Henry’s Dream,” and “Let Love In,” brilliantly rounded off with the best live album of the period, “Live Seeds” from 1993. The band’s commercial success and a kind of turning point was marked by “Murder Ballads,” a rather bloody collection of songs and their best-selling edition to date. The next step showed all the splendour of Cave’s massive talent in the calmest but also the most emotional songbook so far – “The Boatman’s Call.”

The subsequent albums, no less ingenious “No More Shall We Part,” “Nocturama” and “Abattoir Blues / The Lyre of Orpheus” brought, among other things, a breakup with two influential members of the band, Mick Harvey and Blix Bargeld, after which Warren Ellis became Cave’s main collaborator. The two started the band Grinderman and created the excellent album “Carnage” last year. Finally, the current phase of the band’s work began 15 years ago and resulted in four absolute masterpieces, each of which conquered new peaks in creativity: “Dig, Lazarus, Dig!!!”, “Push The Sky Away,” “Skeleton Tree,” and the double “Ghosteen” from 2019.

The Petrovaradin Fortress hosted Nick Cave twice —in 2011 with Grinderman and in 2013 with The Bad Seeds. Both times, through powerful and loud gigs, he showed the permanency of his relationship with fans from this part of the world. He has performed in the region more than ten times, and on 8th July 2022, he returns as the first headliner of EXIT, a festival whose 20th anniversary, along with the fact that it was the first major European festival this summer, has been one of the most important pieces of music news of 2021.

4-day tickets – starting from 79 EUR + b/f – will be available only for registered users for a limited sales period. Registration is available only until 18th August 2021. via this link. Upon registration fans will get link for the purchase of tickets.

General sale is starting on 3rd of September on official EXIT website.