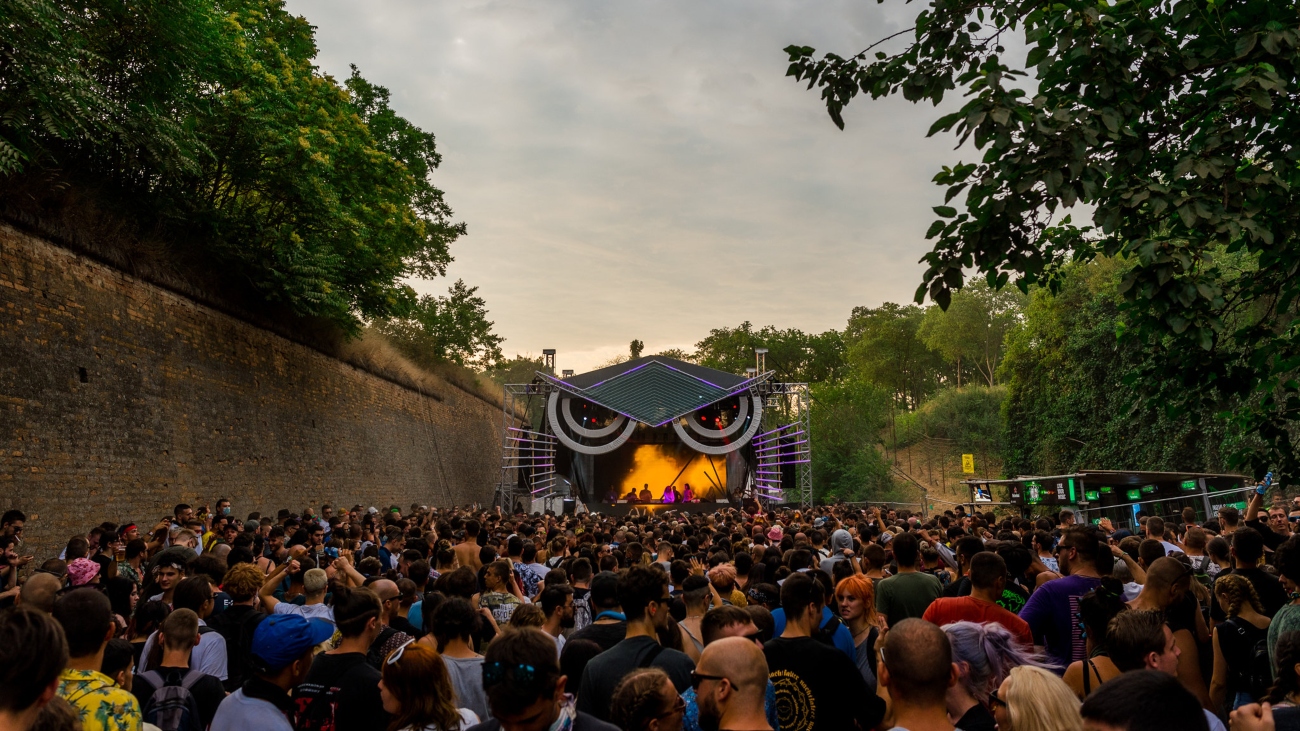 If you have ever welcomed a summer morning on the stage tucked between the Fortress walls or went to an after-party in the Drugstore club, you know that No Sleep is more than a party; it is a sense of belonging and a collective body that you’ve created because you adore the (alternative) electronic sound.

And we carefully chose the people who would bring you that sound. The fact that the introduction to the festival at the Dance Arena in 2017 was made by none other than Jeff Mills is proof enough of that. In the words of Fatboy Slim, “we’ve come a long, long way together” since then. The very same Fatboy Slim staged a special Warehouse Rave at NSF 2018. The wish of everyone who dreamed of hearing Bicep’s masterpiece “Glue” live has come true. Nina Kraviz tested how hard you could rave, and two giants, DVS1 and DJ Bone, brought you the sound at the core of the beginnings of rave culture.

And, just so you know, DJ Bone thinks you’re pretty cool. “It was a really great vibe. People need parties like these for their mental health, to release everything“, he told us after his set at the NSF this spring.

And if, for example, you saw Sama’ Abdulhadi at NSNS, she would like you to know that it was one of the best performances of her life. “I still think about that performance; I still talk about it. The stage is intimate, I could interact with the audience, I felt like I was among them,“ Sama’ told us.

Dax J, a man you must have eagerly awaited either at NSNS or the festival, felt “at home” while playing for you. You felt the same, right? The guys from Agents Of Time say that they will “never forget” their performance at NSNS, their first performance since the beginning of the pandemic. “We were overjoyed to share that moment with the audience. Finally, 6,000 people shared their emotions with us, and we danced and had fun together. It was a great experience for us,” they say.

That brings us to the strong local acts we know all too well. Dejan Deki Milićević says that No Sleep is crucial because Belgrade could not have a festival for years.

“And then No Sleep comes along, gathering all the people, everyone is there, the line-up is mad, the organisation is proven, that is the legacy of EXIT. And finally, we have a serious festival in our city, a festival which has been going on for years and has gathered massive crowds. Case in point, I have a friend from Spain who came just for the festival. We have a crazy audience, a bunch of marathon ravers ready to party hard. Those crazy sets at 10 a.m. are perhaps the best because only the real warriors stay up for them, and those moments are truly priceless, “says Deki.

Lag adds that No Sleep has “a dose of uncompromisingness that is not for everyone, but is very much for some unique individuals.“

“Whether it’s the No Sleep Novi Sad Stage or the No Sleep Festival, everyone is almost guaranteed to feel something made just for them at some point. Something that will remain in their memory and may even change their life the way it changed mine. No Sleep allowed me to hear artists whose music influenced me. It gave some people with a strong vision a platform to present it unhindered in front of an audience,” he points out.

So, with its uncompromisingness, No Sleep contributed to the preservation of rave culture, which Tijana T perceives, as she says, philosophically.

“It is a collective body experience, where people merge into a mass, and suddenly our weak ego and individuality become part of something bigger. The music as it is, repetitive and hypnotic, brings you to some abstract state of mind where you are simultaneously immersed in your thoughts and the crowd, and all these people become a single body. As the night progresses, the differences between people lose their significance, and we reach that sense of primal community we humans have had since the beginning of time. I think this is the essence of that experience, and that’s why this culture has survived for so long,“ explains Tijana.

And when all is said and done, the essence remains in the brief words of the duo Monosaccharide: “Our connection is music and the love for music.“

The unofficial No Sleep community will strengthen its ties in just a few days, on the 11th and 12th of November. In this edition, it’s time for strong newcomers who have already left a mark on the electronic scene, an effect which will only deepen. We are speaking of such acts as Amelie Lens, Reinier Zonneveld, Indira Paganotto, Regal, Ida Engberg, and Partiboi69, while the domestic and regional scenes are represented by Dejan Milićević, DJ Jock, Andrej Jelić, Edib D, Antrax, and Katalina.

When you come to No Sleep festival, don’t forget that the uncompromising electronic sound, the acts, the location, the watchful owl, and the catchphrase “No Sleep” would not have merged into one if it weren’t for you, the marathon ravers who have been and always will be ready to party hard.