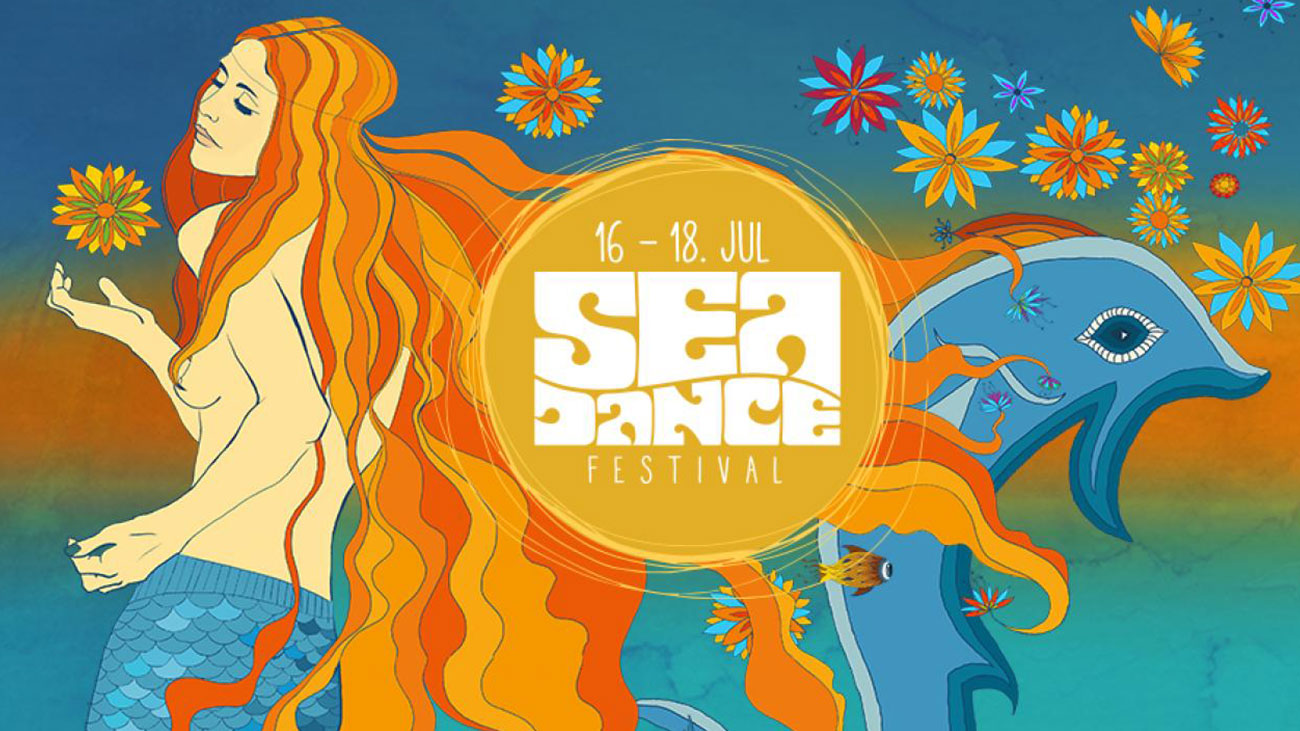 Absolute masters of today’s world electronic scene, Paul Kalkbrenner and Nina Kraviz, will be coming to Montenegro for the first time, to the fifth edition of the Sea Dance Festival in Buljarica, Budva! One of the greatest producers of electronic music in the world, Paul Kalkbrenner is well-known for headlining the greatest festival and stadium spectacles in front of tens of thousands of people, the venues which have been reserved only for the greatest bands of the world, such as U2 or Rolling Stones. His performance at the 25th anniversary of the fall of the Berlin wall, in front of half a million people, is still something that is talked about. Alongside him, Nina Kraviz, the leading DJ of today and an icon of the global electronic scene, confirmed her own show at Sea Dance. Her ascend into musical Olympus has been recognized by MixMag that has officially identified her as the best DJ in the world! Leading electronic festivals such as Awakenings, Time Warp, Movement and others have signed her up as their headliner, while her best festival moments include the epic Exit performance, where she had inspired perhaps the most impressive scene in the history of Dance Arena, with tens of thousands of people chanting her name, calling her out twice for encore, as if it had been a rock performance at a huge stadium.

No Sleep, the favorite stage among the lovers of good times and great DJ sets will this year be taken over by one of the greatest techno stars of the new generation, Dax J, as well as the main figures of the French techno scene: Antigone, Francois X and Shlømo, while the more alternative house sound will be the work of a Russian rising star, Sofia Rodina! Following them are the main regional and local names, including Lag, Vakat AKA Aleksandar Grum, Forest People, Gillerz & Be Good, Ilija Djoković, Sugar Lobby, Monosaccharide, Bodzie, Popi Divine, Mr. Lekka, Branko Vuković, Buba, Vegim & Flekitza, Ana RS, TZ Project, ČX, Sabinaa and Jan De R, who are bound to keep the sandy stage sleepless from August 30 to September 1, on the beautiful turquoise beach near Buljarice.

Paul Kalkbrenner is undoubtedly a symbol of Berlin as the world capital of contemporary electronic music. The creator of such classics as the multiplatinum “Sky & Sand”, he is the main actor of the cult film and eponymous album “Berlin Calling”, which spread on the Internet like some kind of techno Bible, while the interest for the film itself is best shown by the fact that it has been part of Berlin’s Kino Central’s repertoire for years! Kalkbrenner started his fruitful career in 1992, while his first release was for BPitch Control in 1999. In the last two decades his seven studio albums pushed the limits of electronic music towards untouched dimensions, primarily because he is not a DJ, but performs live, exclusively with his tracks that constantly dictate new trends in electronic music.

There is no one like Nina Kraviz, with such dedication, uncompromising attitude and, above all, courage to constantly push limits and evolve, curiosity to test, desire to constantly learn and lead by example in the global electronic scene with the title of World’s Best DJ in 2017! Her publishing label, трип, deletes the borders between genres, and her brave sets are icebreakers for the pampered stage of the world scene where most stars take no artistic risks whatsoever. This is exactly why fans and the media call Nina the trendsetter and leader, shaping the heights of the world DJ scene by herself, without management and corporate frameworks! Her new compilation album, “Don’t Mess with Cupid, ‘Cause Cupid Ain’t Stupid’” brings tracks signed by Aphex Twin, Nikita Zabelin, Marc Arcadipane and numerous others, while the album includes her new mysterious track, “Opa”!

Dax J, the face from the recent DJ Mag cover, is well known for final sets at the greatest festivals, such as Awakenings at ADE, while this year he will have the honor to close Sea Dance as well! World magazines, such as Mixmag, Groove Magazine and DJ Mag have dubbed him the best DJ of the younger generation, while the history-making ten-hour marathon at the world’s best known techno club, Berghain, made him one of the headliners at world’s leading festivals, standing shoulder to shoulder with the likes of Adam Beyer, Ben Klock and others. On the first night of the festival, the No Sleep Stage will feature a killer trio of the infamous Paris’ Concrete club: Antigone, Francois X and Shlømo! This trio has taken some of the best positions at world festivals in a flash and today they are regular show closers at leading clubs such as Berghain, Fuse, Spazio 900, Tresor and many other. On the next day, one of the most prominent artists of the famous Russian collective Arma 17, the ever more popular Sofia Rodina, whose career is just beginning and her marathon sets in Berlin and Moscow are described as pure magic! Arriving from Magdan in Russia’s far east, Sofia kick-started a successful career in Saint Petersburg, but not until she left for Moscow did she become one of the main figures of the new Russian wave that brought a breath of fresh air to the entire electronic scene.