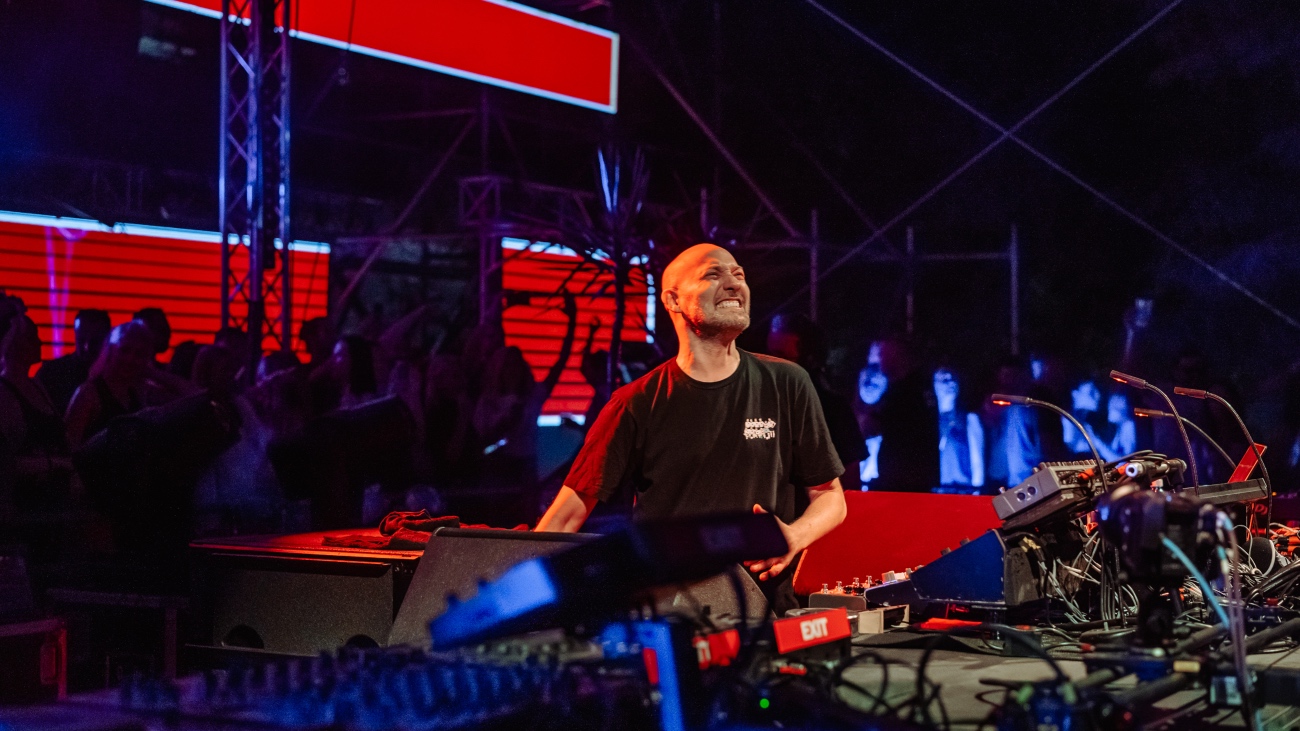 The recently published music video was conceived as a kind of video diary of returning to normal life. As we can see in the video itself, it is unclear who needed it more — Kalkbrenner or the audience.

The love between Kalkbrenner and EXIT is mutual — it is now documented. In the new video, Paul chose to show his great happiness for the return of live performances, and the visitors of this year’s EXIT festival had the honor of attending such a performance.

The optimistic message of the song “Si Soy Fuego” goes hand in hand with Kalkbrenner’s recognizable enthusiasm for music. The video is irresistibly reminiscent of footage from the cult film “Berlin Calling”, in which he had a starring role. In a style that remained etched in the memory of everyone who has seen that film, Paul once again spread his unstoppable and childlike energy. From the moment he walked barefoot into a hotel in Novi Sad, in an excellent mood, it could be felt that the performance at Exit would be something special, which could be seen when after 18 months without a performance he finally stood in front of tens of thousands of fans at Exit’s mts Dance Arena.

EXIT enabled fans worldwide to peek into what Kalkbrenner was up to shortly, as he premiered eight new songs at the Dance Arena! The night in which he stood at the decks at this fascinating stage, and after a year and a half touched the hearts of tens of thousands of fans in the trench with his magic, will forever be recorded in his new video, as an incredible explosion of love and energy of the biggest and most loyal festival fans gathered at the Fortress despite all the uncertainty surrounding the potential cancellations of their trips and other obstacles. After so much time, the need for them to be together reunited them through the power of his music.

EXIT’s No Sleep Festival set to have a grand celebration of its European title in Belgrade in the spring!