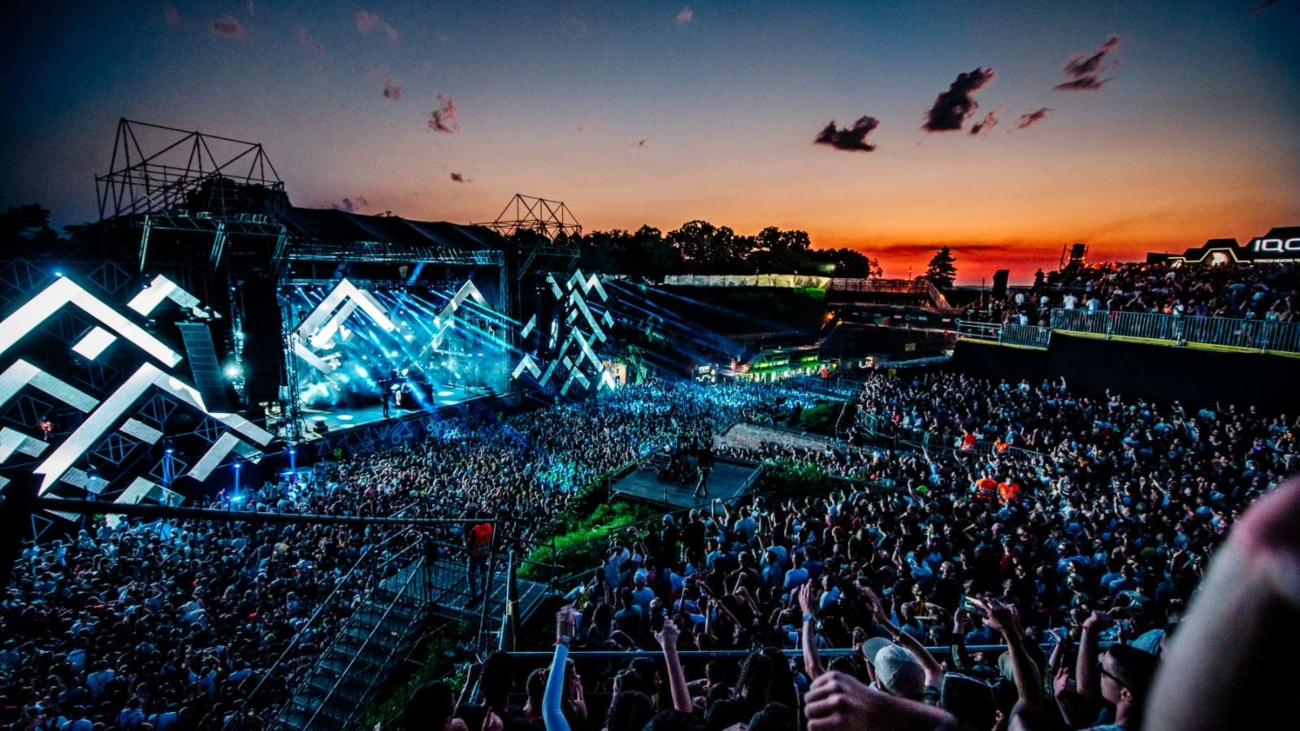 The research that “Tim Centar” from Novi Sad conducts every year showed during this summer’s festival that EXIT, at its two-decade anniversary, brought 18,8 million euros to the tourist economy of Novi Sad and Serbia. Since the festival’s establishment until today, the country’s economy profited over 200 million euros from EXIT, while the value of the international promotion of the city and the country as a whole is likely worth many times this amount.

The previous edition of the EXIT festival had an exceptional 61% of foreign visitors, matching the 2009 record. Over four days, more than 180,000 visitors from 70 countries passed through the festival gates, with most foreign guests arriving from France, Germany, Hungary, Turkey, the USA, Italy, as well as from countries in the region. Audiences from Western Europe (23.5%) took precedence over visitors from Eastern Europe (10.6%) and other continents (8.1%). Interestingly, there was an almost 1,000% increase in the number of visitors from France, meaning there were about 2,000 of them, taking over primacy from British visitors, who were less frequent this year due to travel restrictions.

As in the previous years, over 90% of visitors came to Novi Sad exclusively because of the festival, while as many as 97% said that their impression of the city was improved (47.8%) or remained the same (48.5), proving the direct influence of EXIT on tourism and the overall image of Novi Sad and Serbia.

The entire festival received a record high score of 4.53. The audience rated as many as ten aspects of the organisation — from the stage, programme, and entrance logistics (including COVID measures), to cleanliness, cashless payments, drinks, food menu, entertainment, crowd control, and signalization. Interestingly, foreign visitors gave EXIT an average rating as high as 4.83 out of 5.

During the festival, visitors spent an average of 451 euros in Novi Sad and Serbia, an improvement compared to 2019, when the average visitor spent 420 euros. Attendees from other continents spent the most — on average as much as 755 euros (a 150 euro increase compared to 2019), followed by guests from Western Europe with about 679 euros per person. These figures include only the profits of Serbian companies (accommodation, food, travel expenses in the country, tickets, etc.). Compared to previous festivals, the increase in renting private apartments continued, reaching 46 percent of the total number for all types of accommodation (an increase of almost 10%).

The average age of visitors participating in the survey was 26.1, a decrease from the average of 27 from the previous research. Highly educated visitors, including students, made up 80% of the audience, while 58% were employed.

More than half of the EXIT survey respondents attended the festival for the first time, with more than 70% of new arrivals being foreign visitors. Their primary reason for coming was the music programme of the festival, while more than one-third stated their desire to experience EXIT and visit Novi Sad and Serbia as reasons to come to the festival.

Part of the survey was also dedicated to the burning topic of the highly negative impact of the pandemic on young people’s mental health. This is where the survey shows how key music festivals can be in that fight. To the question “How does coming to EXIT affect your mental health?” as many as 82% of the respondents gave a positive answer. Visitors also answered questions regarding their perception of EXIT’s social side.

As many as 78% of respondents believe that music festivals can inspire social change, but they strongly oppose the inclusion of EXIT in political/partisan activities — as many as 89% in total, and 92% of domestic visitors expressed such an attitude. Of the various topics which the audience would like EXIT’s social activism to focus on, the subject of development and support for young people received the most votes, followed by the promotion of peace in the Balkans, support for the local music scene, and the promotion of a positive image for Serbia abroad.

The research was conducted by “TIM Centar” from Novi Sad and was done on a representative sample of 1162 visitors throughout the duration of the festival. Only visitors who bought a ticket were interviewed, while participants, workers, representatives of the media, sponsors, and other institutions were excluded from the survey.