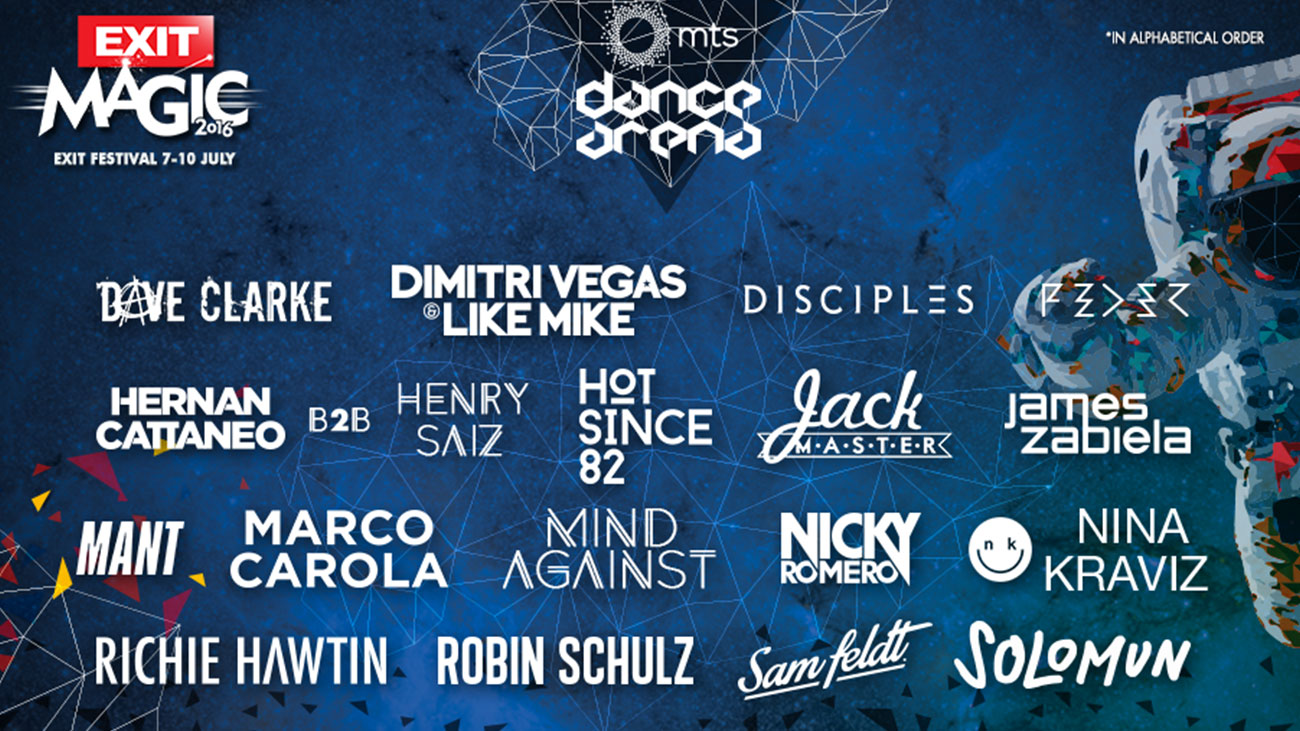 Richie Hawtin, one of the greatest artists of all time will perform at mts Dance Arena at Exit Festival on Sunday, 10 July. The techno pioneer and icon, responsible for the popularization of electronic music and the genre’s numerous technological innovations will bring his completely new live performance. The arrival to the world famous mts Dance Arena on 9 July has also been confirmed by the British DJ sensation Hot Since 82, while the lineup for Friday 8 July has been strengthened by the artist featured on Resident Advisor’s top five, the Scottish DJ and producer Jackmaster. The next generation of popular producers will be represented by London’s club duo MANT.

Richie Hawtin is the key figure of modern electronic music, a true innovator and one of the founders of the central techno label Minus, but also the legendary Plus 8. In 2014, Hawtin resurrected his famous alter-ego Plasticman and released a new album – “EX”, which also became his first release since 2003. A true revolutionary, Hawtin is responsible for the popularization of techno music, as well as the development of tech tools used by contemporary leading DJ superstars, and has, together with the company “Allen & Heath”, recently created a new type of mixer which many believe will cause yet another revolution on the DJ scene.

Headlining on of the biggest electronic stages – Daley Padley, better known as Hot Since 82, won the hearts of the underground club scene with his debut release for “Noir Music”, with Mixmag Magazine describing his progression in the house scene as “meteoric”. Jackmaster, an unbelievably talented Scottish house producer, took the global scene by storm, and positioned himself as one of the leading DJs on a truly competitive scene, surpassing on Resident Advisor’s top list some of the biggest stars of all time. The Scottish master, whose name is inspired by the “jacking” school of Chicago-style house sound, will bring to the mts Dance Arena a colorful set, containing everything from forgotten classics to the latest club hits.