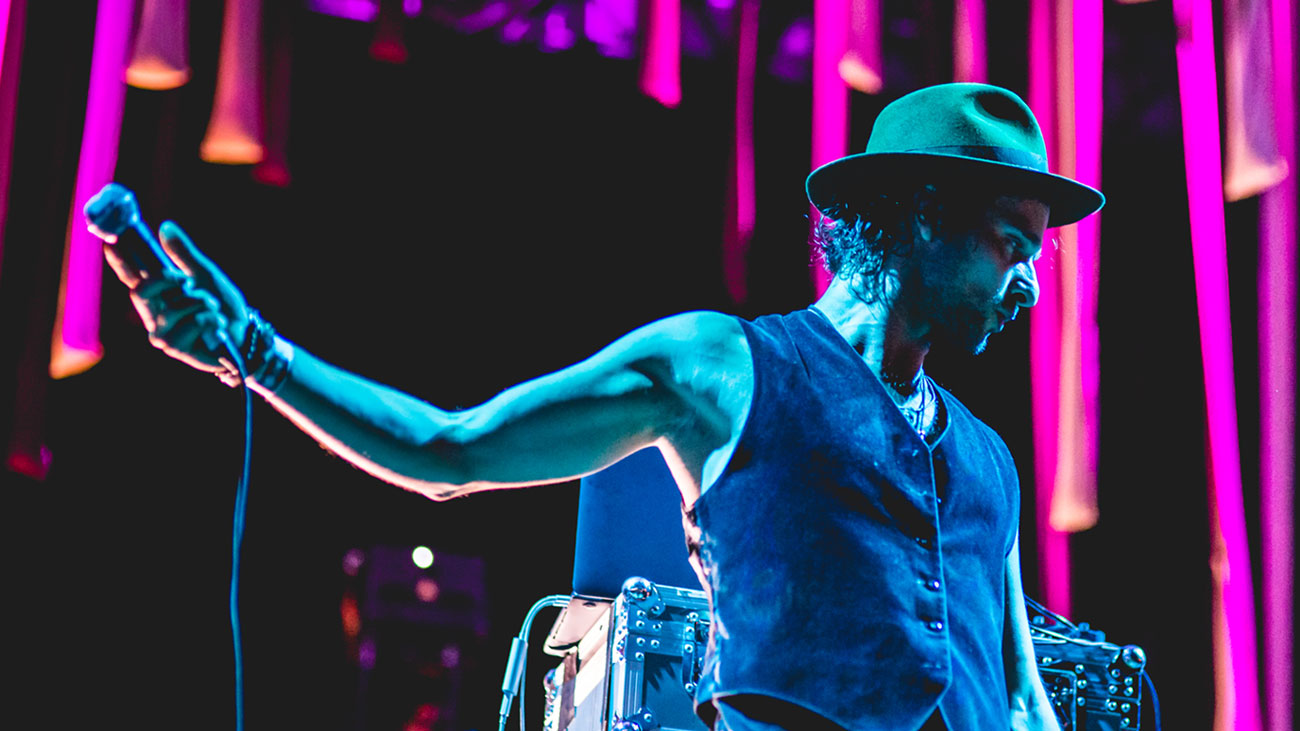 “Djelem, Djelem, “the official Roma anthem, was reinterpreted and produced by Satori and EXIT Festival Founder Dušan Kovačević. The video was recorded on the Main Stage of the EXIT Festival on July 10th, 2021, during Satori’s world-premiere performance of the song. The track has now been released under Satori’s label Maktub Records, which has just been launched.

In this unique performance, the vocals were sampled from one of the last recordings of the queen of Roma music, Esma Redžepova, which was given to EXIT by her son Simeon Atanasov. The lyrics of this song, which was named the official anthem of the Roma people at the congress of the International Roma Union in 1990, were written by the Yugoslav-Roma composer Žarko Jovanović back in 1949.

The performance of the rework of this song on the Main Stage last year was Satori’s gift to EXIT for its 20th birthday, as well as one of the most emotional moments at the festival that year. The idea of using Esma Redžepova’s studio recording came from EXIT Festival Founder Dušan Kovačević, who, after Satori’s performance on the Main Stage, played the song once more, at dawn, at EXIT’s mighty mts Dance Arena.

“Esma Redžepova’s voice conveys the pain of the Balkans’ turbulent history, and the magical sound that Satori has now given the song seems to provide healing and represents the aspirations of new generations for lasting peace in this region, which has been part of EXIT’s mission since its foundation,“ said EXIT Festival Founder Dušan Kovačević.

The rework of the song “Djelem, Djelem” merged different worlds into one, combining Satori’s specific musical roots with his outstanding performances.

“The song performed by Esma Redžepova is about the release of spring. EXIT wanted to carry that symbolism through to the reopening of the festival world post-Corona. For me, being able to work with Esma’s original recordings was very special. NPR voted her as one of the 50 Best Voices Ever a few years back and no one else has ever had the chance to work with her voice. For his part, her son felt it was a huge honour that we were able to preserve the essence of her work and have his mother involved in the reopening of EXIT through ‘Djelem, Djelem‘”, Satori said.

The song “Djelem, Djelem” was released on July 1st, a week before the start of this year’s edition of EXIT, and represents an exclusive collaboration between Satori and the festival. It is also Satori’s first single since the release of his album “Dreamin’ Colours“ in April and the first release for his label Maktub Records.

Satori will perform “Djelem, Djelem” and the songs from the “Dreamin’ Colours“ album at the mts Dance Arena on Sunday, July 10th!  He brings an unusual sound, unique for its combination of electronic music and the musical heritage of the Balkans, along with his idea of making electronic music sound like a band is playing it.