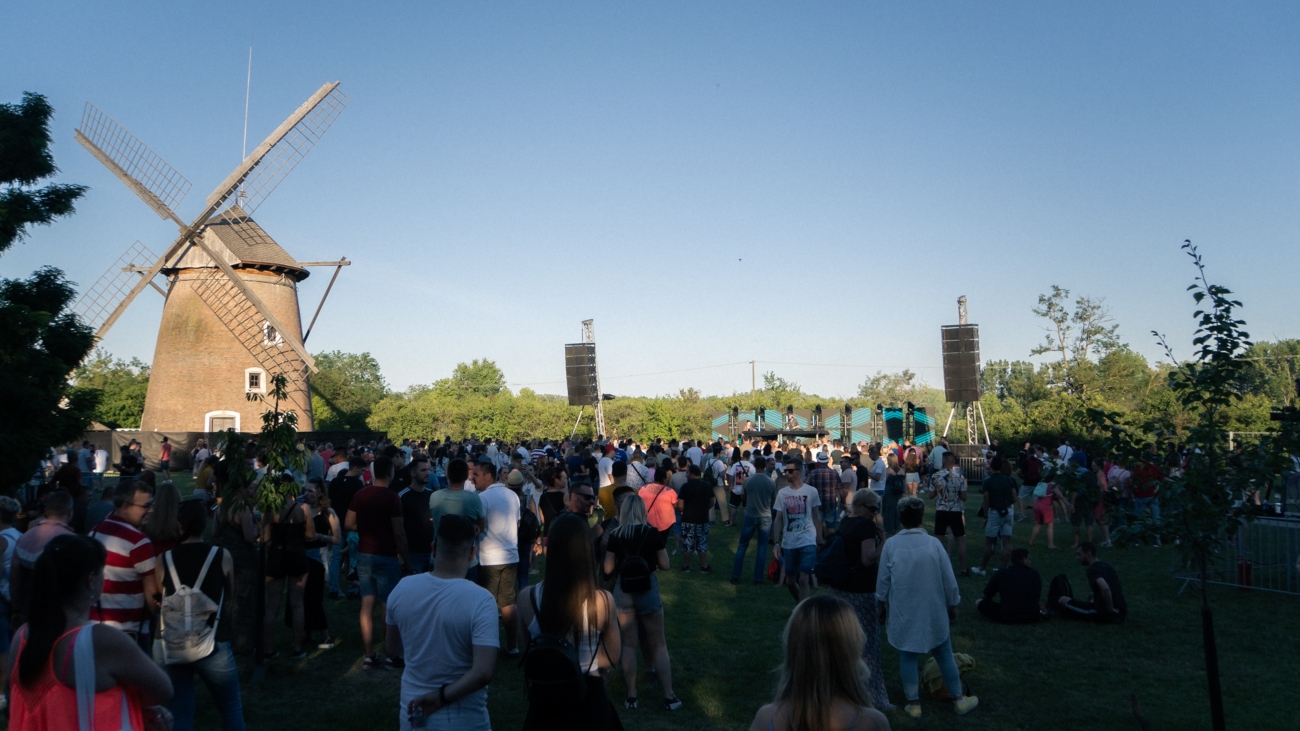 It was just one part of the magical trip I was on together with young people from Serbia and Hungary.

Incredible Destinations Events (IDE) is a partnership project of the EXIT Foundation and the National Heritage Park in Ópusztaszer, Hungary. The goal of the project is the development of an innovative platform that will promote tourist destinations and the cultural heritage in the border region of Hungary and Serbia, with the participation of popular internationally recognized music stars and with the help of the creative industry and innovative digital and video tools attractive to the young population and tourists. Interreg IPA CBC Hungary-Serbia supports the project. For all those who want more information about the project, I’ll leave the site here.

During this journey, which lasted six days, our route was: Novi Sad – Petrovaradin – Sremski Karlovci – Bač – Sombor – Subotica – Szeged – Ópusztaszer. Therefore, on the first day, guests from Hungary had the opportunity to see our beautiful Novi Sad – Serbian Athens and its sights with professional tour guide, and on the following day, the Petrovaradin Fortress, as well as the Museum of the City of Novi Sad and the catacombs. Then we headed to Sremski Karlovci, special in many ways, this is a real small town – a museum. It preserves many stories, buildings, history, they are known for the oldest Serbian high school, the first Serbian seminary, for their vineyards… and I deeply believe that everyone who visits this town once will definitely go back to see it again. After a walk through the centre, we went to the Zivanović Beekeeping Museum. There we heard the story of Sremski Karlovci’s professor Jovan Živanović, who is considered the “father of modern beekeeping” because he invented the first modern beehive in this area, later called “Živanovićka”, until then the so-called “weaved beehives” were used in which bees had to be killed in order to collect the honey. We also saw beekeeping tools, family pictures, diplomas, and several beehives, the most interesting of which is a replica of the Ravanica monastery from 1880 beehive. The next destination was Bačka fortress – the best-preserved medieval fortification in Vojvodina. A special TV show “Peace in Bačka” was filmed in this very place as part of the first phase of the IDE project, whose guests were the esteemed musicians from the region: Lajko Felix, Marko Louis, Mile Kekin and Rambo Amadeus, while the host of the special programme was Bojan Ivković, a musician, percussionist, presenter, and actor. This show can be watched on this link.

On our last day in Serbia, we toured Sombor with the inevitable story of Laza Kostić and the famous Sombor Theatre, and then headed to Palić, where we spent a very special evening at Majka’s farm. That’s when I really became convinced that music connects people. The meeting started with a story about Serbian and Hungarian music, Serbian performers who were influenced by the traditional Hungarian sound, then, of course, we had to play each other all the songs we mentioned and almost in a split second the party became unforgettable! What made me particularly happy was that a couple of people, until then very closed due to the language barrier, completely relaxed and we even danced Czardas together. We were also surprised by the fact that young people from Hungary knew a lot of our songs and were singing them with us. During this meeting, we realized how little we actually know about Hungarian culture, which embarrassed us and made us ask ourselves, “How come we live in multicultural Vojvodina, and we don’t know a single word of Hungarian?”. Nevertheless, I will be optimistic and try to find a good side in this, as an even greater motivation for socialising and learning new things, to the extent that we then literally became inseparable, which made the continuation of the tour through Hungary even more beautiful.

During our stay in Hungary, our base was the National Park in Ópusztaszer, with the fact that we spent one day in Szeged – the City of the Sun, which we experienced in a completely new way this time because we were guided by locals, from whom I learned that Hungarians especially love to visit churches wherever they go, so they wanted to show us a few. Some of the sights we visited are the Cathedral and Votive Church of Our Lady of Hungary, which was built from 1913 to 1930 and is also the fourth largest church in Hungary, the Szeged Synagogue, whose magnificent interior is a mixture of several styles – Gothic, Byzantine, Roman and Arabic, as well as the Millennium Fountain, which has four winged lions on it that represent faith, light, honour and courage, and there is a belief that whoever drinks water from there will develop these qualities in themselves. This fountain was even more interesting to me because there is also a “Four Lions” fountain in Sremski Karlovci, but there is a belief about it that whoever drinks water from it will return to Karlovci and get married there. However, the place in Szeged that surprised us the most is the Borkàpolna pub, whose interior is very reminiscent of a Catholic church, it has confessionals, a picture of the Pope, lamps in the shape of candles… Given that Hungarians are very religious, this pub is expectedly empty, but it is an interesting the fact that it exists at all, and that it is not the only one – the same owner owns a pub of this type in Budapest and in Eger.

Now onto my favourite part – Ópusztaszer! I can freely say that this National memorial park is one of the most beautiful places I have visited. The nature is beautiful and the whole environment gives the impression of a completely different era. Ópusztaszer consists of the central building – Rotunda and an open-air ethno-museum that preserves the story of the settlement of Hungarians in the Pannonian Plain. Here is the magnificent circular painting “Feszty Panorama” by Árpád Feszty. The panorama is very large and walking in a clockwise direction we saw periods of struggle and peace, and finally the settlement of Hungarians in these areas. Each part of the panoramic painting is accompanied by a sound that corresponds to the scene we are looking at, and this work of art is so well done that you can’t see the border where the picture ends and the relief that builds on it begins. This park has so much to offer visitors and I could write a separate text just about it, and since there is no space for it here at the moment, I want to refer to, in my opinion, the most beautiful part of the open-air museum – it is the street with courtyards in which are located houses and each of them is a small museum. In these houses, you can see old craft shops such as shoemakers, hatters, barbers, then scribes’ offices and houses that are replicas of those where people lived before. The experience is truly amazing, and the site is so big that, unfortunately, I didn’t have time to visit everything. Still, that’s one of the reasons I’ll definitely go back there.

On the last day of our journey, we attended the Sunset Picnic music event featuring the world-famous DJ Topic, DJ ATB. The EXIT Foundation from Serbia was present here as a partner and had the responsibility to record the performances and the great atmosphere on camera. Videos of these performances will be available for viewing from 12 August. Ópusztaszer is certainly the right choice of destination for this kind of event and the experience was really wonderful: everywhere there is greenery, perfect summer weather, sunset and people sitting on lawns, socializing, and enjoying good music. And of course, it was a great warm-up for EXIT Festival.

The IDE project really turned out to be a success and I would like to thank the EXIT Foundation, the National Heritage Park in Ópusztaszer and the Interreg IPA CBC Hungary-Serbia, by which it is supported, for helping us to remember what beautiful destinations we have in the border region of Serbia and Hungary, to which we didn’t pay enough attention and that they gave us the opportunity to connect and build wonderful friendships. The team was truly special, and everyone contributed to this beautiful experience with their good energy, knowledge and willingness to share and their authenticity. We are still sharing impressions from this unforgettable trip and can’t wait for the next Sunset Picnic. Találkozunk Ópusztaszeren!