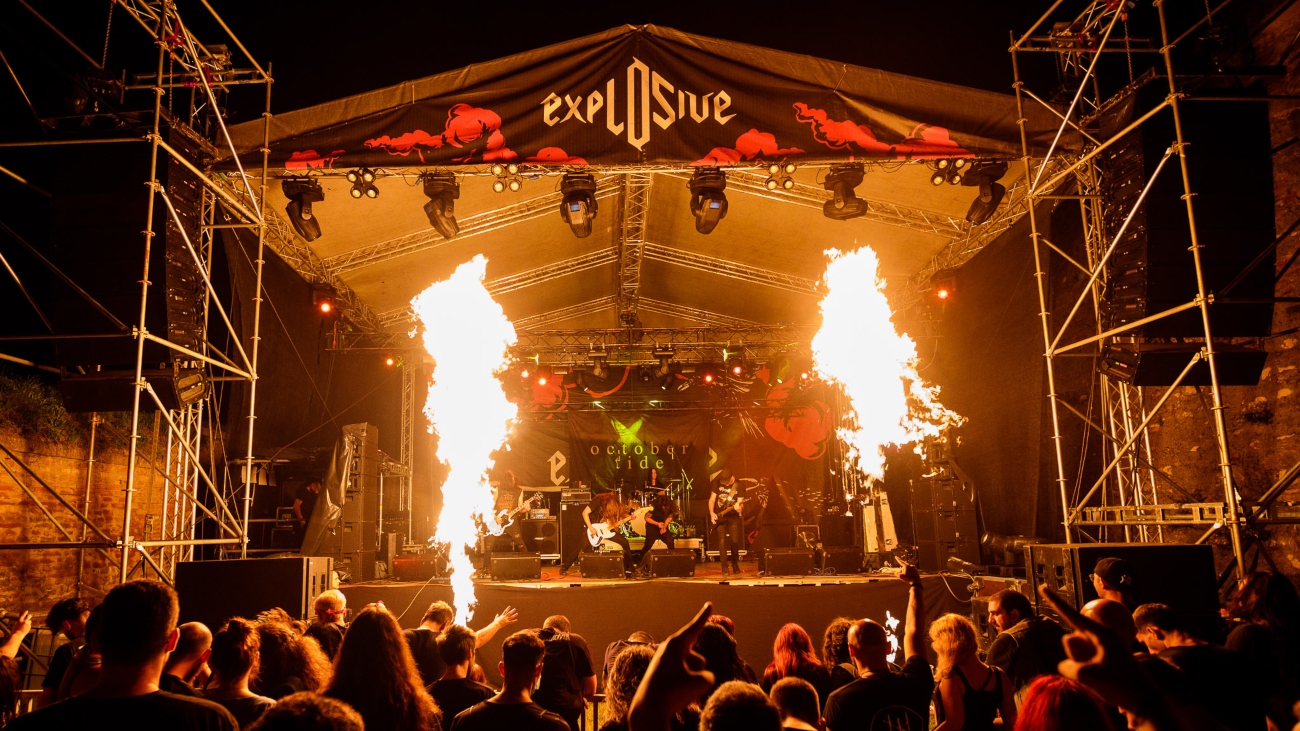 EXIT started its underground chapter with the slogan “Extreme Stage for Extreme People.” For the past 16 years, this chapter has been written by a specific audience to whom this is about more than just music — it is an attitude and a way of life.

The forerunner of Explosive was Metal Hammer, a stage founded back in 2005. However, face-melting riffs, solos, and drum patterns have not been reserved for this stage from the very beginning. While Napalm Death, Bombarder, Annathema, Overdrive, Hitman, Doghouse, Diecast, Most Precious Blood, Ritam Nereda (and many others), thundered from Metal Hammer for the first time that year, Apocalyptica, Slayer, and Laibach steamrolled onto the Main Stage. 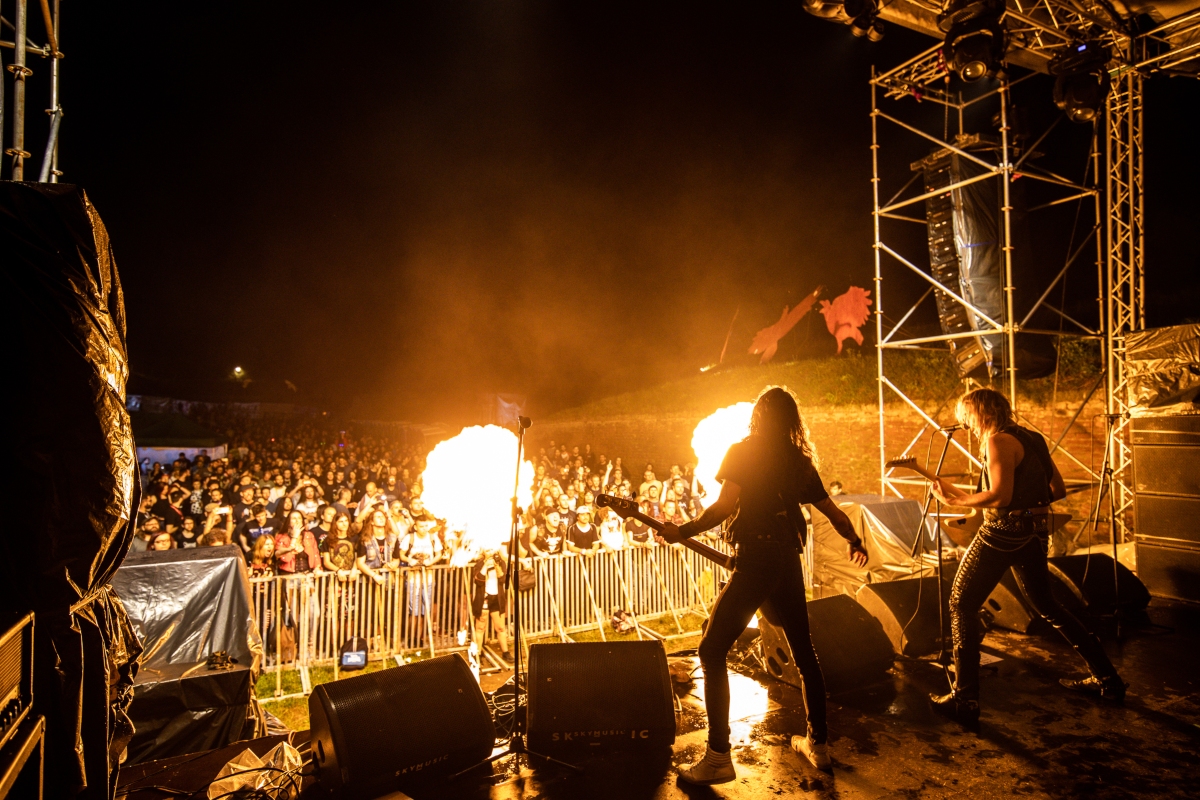 The prestigious BBC Radio 1 followed EXIT 05 live, and MTV came back for the second time. Through them, EXIT sent a clear message to the world that a loud, fierce oasis was created at the Petrovaradin Fortress — one that would become an essential part of the then-budding festival, which has never stopped intriguing audiences and media worldwide with its diversity.

Soon after, EXIT’s organizers started receiving letters from local fans who wanted to hear the fantastic Finnish symphonic-power-epic metal band Nightwish. So it would be — as part of the 2008 World Tour, Nightwish came to Serbia and former band member Tarja Turunen had a solo performance at Fusion in 2019. 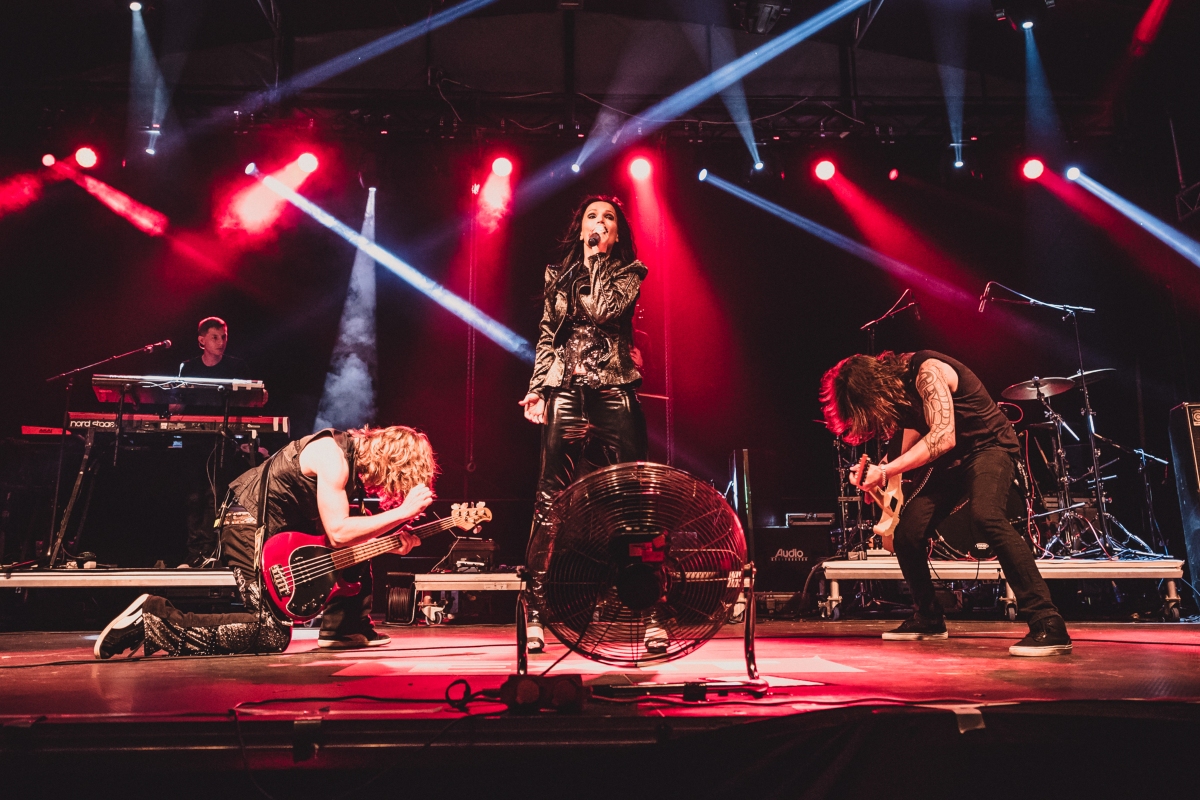 For regional punks, 2008 was particularly significant, as one of the first authentic punk groups in Yugoslavia, Pekinška patka reunited after more than two decades to play on the Main Stage. After this iconic Novi Sad band, the Main Stage hosted punk royalty — the Sex Pistols, for their first-ever performance in Serbia.

The American hardcore band Suicidal Tendencies is still hailed for one of the best performances in Explosive’s history in 2010. Still, the 2015 edition of EXIT was legendary for metal, punk, and rock ‘n’ roll fans. The jubilee EXIT no. 15 was opened by the intense Goblini, followed by the rock ‘n’ roll legends from California, Eagles of Death Metal. At one point, Dave Catching blindfolded himself and performed a solo before throwing the blindfold into the audience while the other band members bowed to him. Motorhead also performed at the Main Stage in 2015, while Fusion played host to Eyesburn, Brkovi, and Zoster.

The line-up at the Explosive stage was one of the strongest ever. The audience was again blown away by the cult metal band Napalm Death, celebrating ten years since their first EXIT appearance. The famous American hardcore band Terror also performed at Explosive that year, along with the cult New York band Nuclear Assault, for whom the performance was part of a farewell tour. But, one of the most attended performances ever at Explosive was yet to follow – American industrial metal band Fear Factory came to Serbia at the peak of their career. 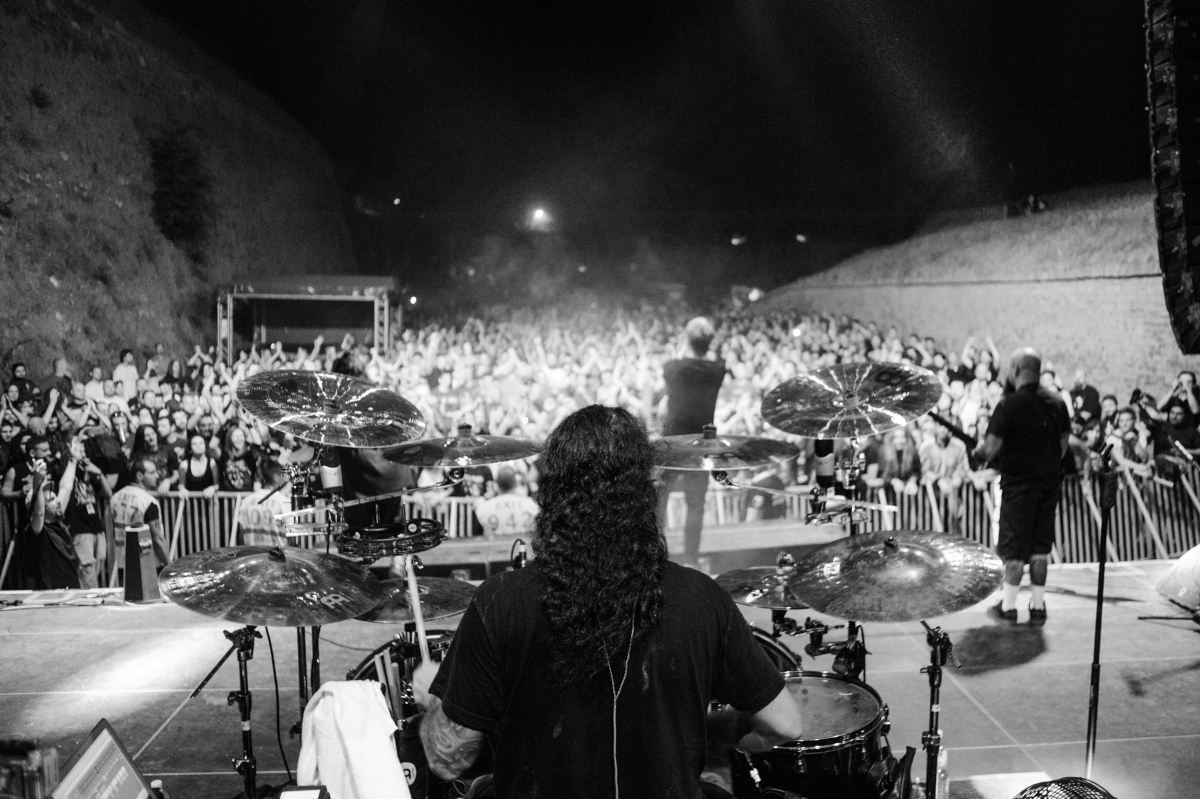 Since 2015, the pub has been a special segment of Explosive — it gives visitors an authentic backstage experience and is widely considered the place at the festival where the best crew gathers. It also includes Meet & Greet events for fans, a merchandise area, music label presentations, and exhibitions. Numerous global stars would show up at the Petrovaradin Fortress long before their performances to sign CDs, records, and t-shirts, as well as take photos and give interviews. So, bands like Anti Flag, At the Gates, Fear Factory, Nuclear Assault, Paradise Lost, and other legends had their Meet & Greets at the pub.

EXIT’s guitar temple continued to welcome the undisputed rulers of punk and metal in 2016. Punk icons, one of the most influential street punk bands ever – Cock Sparrer headlined the Fusion stage. Punk could be heard from the Explosive stage when the American anti-establishment band Anti Flag performed in Serbia for the first time. The stage also hosted the pioneers and creators of the Gothenburg metal scene, At the Gates.

The 2019 edition brought a real treat to fans of Pantera, one of the greatest metal bands of all time. The famous frontman Phil Anselmo then arrived at the Main Stage with his band The Illegals. The audience got the chance to enjoy a special performance called A Vulgar Display of 101 Proof. It was a genuine exclusive and a very rare setlist composed exclusively of Pantera songs, reserved only for select festivals during the tour. And that was not all — as soon as the gates opened on the second day of EXIT that year, loyal Pantera fans were in for a surprise in front of the backstage — a cheerful Anselmo signing autographs and taking photos with fans.

It is clear that loud and powerful music genres had to have a special place in the grand celebration of two decades of EXIT as well. Although the pandemic prevented almost all bands worldwide from touring, the huge Swedish metal band Sabaton managed to appear at the Main Stage in 2021. According to the fans, this band’s songs are used to prepare for history tests. Sabaton is particularly popular in our country, so it is no wonder that the band’s frontman came onto the stage shouting “Serbia” and that the song Last Dying Breath, inspired by the defence of Belgrade in the First World War, had to be played.

“We are very proud to have the great honour to open for the mighty Sabaton this year at the EXIT festival,” said the girls from the local death metal band Nemesis. On the other hand, Fusion was ruled by Swedish hard-rock heroines, Thundermother. 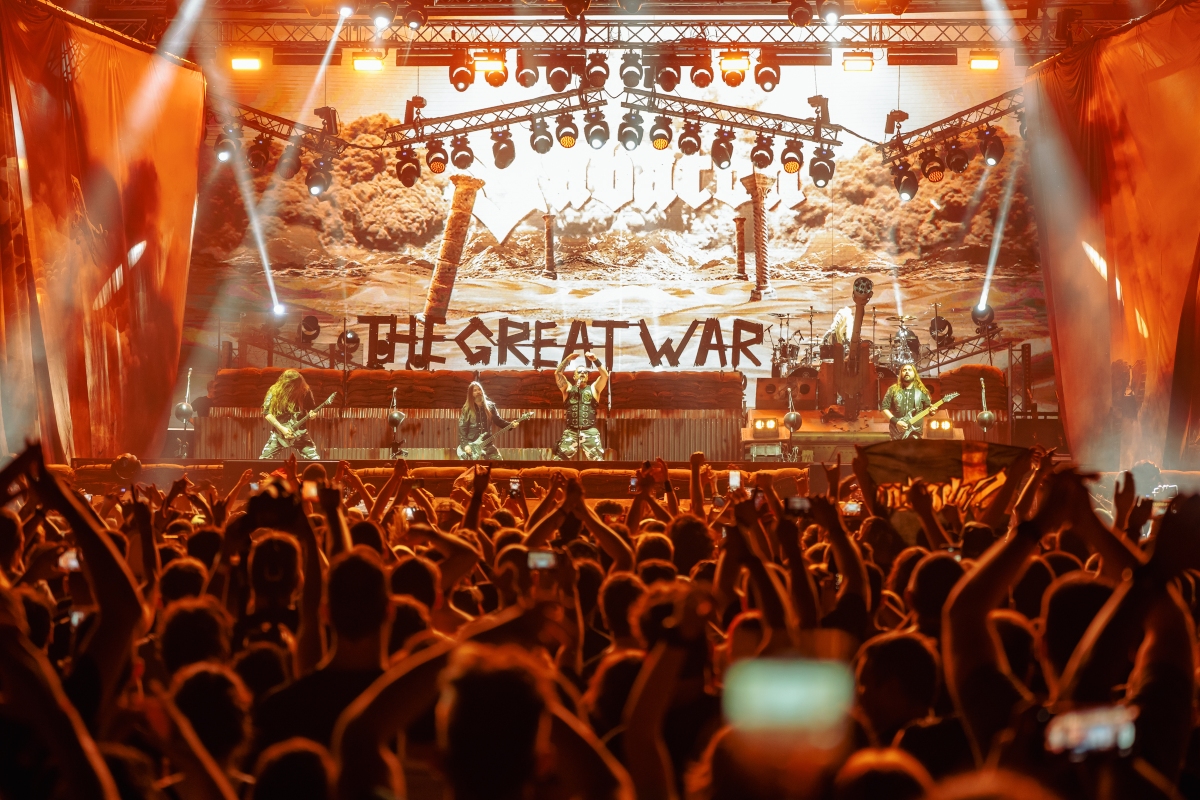 Aside from hosting genre legends, the Explosive stage is also known for recognizing and supporting local and regional bands and allowing them to present themselves to the audience and break onto the scene. Newly formed or smaller bands, which typically perform at cultural centres, local HC-approved bars, and underground spots, get the opportunity to play in front of a larger crowd at Explosive. Precisely this is one of the goals set for the stage — not only maintaining the existing music scene but constantly contributing to it and creating diversity.

Extreme DJ is a part of Explosive, created upon fan request, where music continues to rumble even when the official program is over. Here, the hosts present a combination of new songs and all-time favourites. Both the pub and the stage work to unify and support the region’s heavy metal, hardcore, and punk scenes. 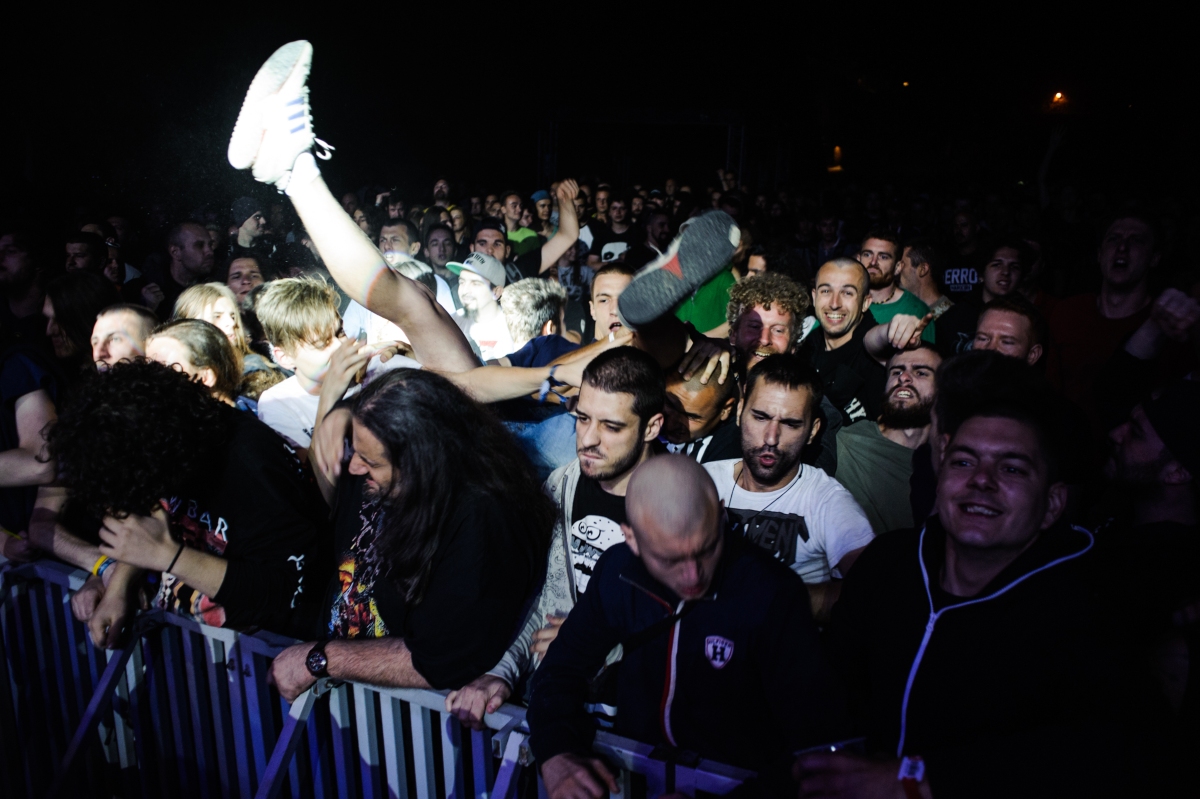 Finally, if there’s anyone who can summarize the role of punk, hardcore, and metal culture at EXIT, it is Explosive’s programme manager, Milan Rakić: “We like to say that we are one big family! The Explosive stage is a world unto itself, and it is not a cliché to say that it is a festival within a festival. Its existence is multi-layered, primarily because it provides a special place for powerful sound to share the messages and attitudes carried by each of the extreme genres.”