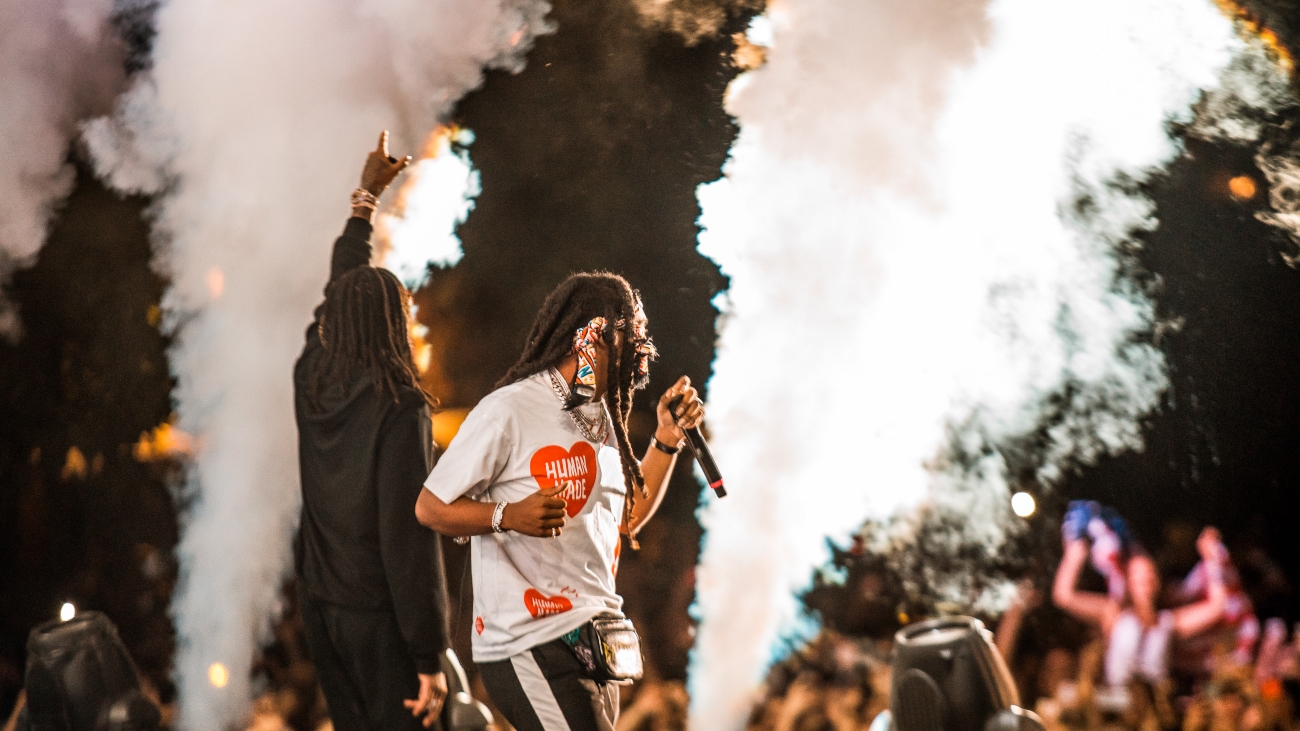 EXIT’s line-up has featured an increasing number of trap performers in recent years, with a wave of new audiences following suit. As a subgenre of rap, hip hop, and dance music and as a lifestyle, trap is anchored at the Gang Beats stage, with its rhythms and rhymes spreading to Main and Fusion.

The fantastic Migos and French Montana performed in 2018 and gave the audience a true spectacle. The audience waited for an hour for Migos, who are compared to none other than the Beatles, but they were worth the wait – they performed a never-ending string of hits. After all, this band topped the most prominent US charts as many as three times. French Montana brought to the stage the multiplatinum hit that everyone wanted to hear – “Unforgettable” while Takeoff and Quavo shook the Main Stage, complete with mosh pits, camera flashes, and overall ecstasy.

In 2019, the festival was closed by the unique IAMDDB, who left the Main Stage crowd in complete shock and delight. Her bold and utterly unexpected mix of jazz and trap was born out of her love for Sinatra, Gretchen Parlato, but also Future and Megan Thee Stallion. If “Unforgettable” is Montana’s biggest hit, for Sheck Wes, it is definitely “Mo Bamba”, which had the entire Main stage bouncing last year!

This global crew is joined at EXIT by regional and local stars such as Fox and Surreal, Senidah, Z++, Elon, Kukus. Trap first entered Serbia through Novi Sad, starting with Unija, which produced one of the most famous representatives of the genre in Serbia — the trap guru, Fox. 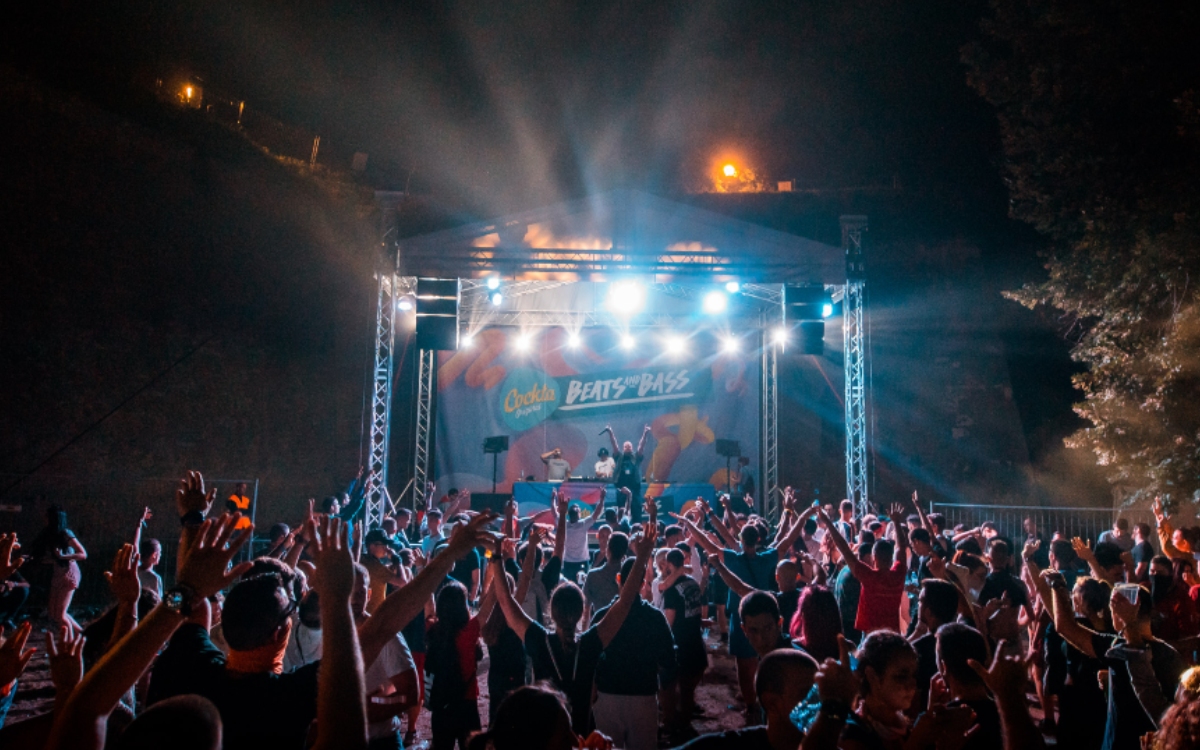 Gang Beats brings all rap, trap, and hip hop fans to one incredible place. Since 2017, the youngest stage on the festival has brought in some substantial crowds, the fans’ appetites are increasing, and the kids bouncing in the audience are growing along with the stage. Gang presents new, young performers who are just appearing on the scene and bringing with them a new wave of tracks that we will love.

Those who find themselves on this stage have a huge thing going for them — the freedom that they created for themselves. That is why trap is fluid and free, not following an explicit form, and having no required melody or rhythm. It is a perfect blend of everything that comes to an artist’s mind, and as such, it causes people to scream, raise their hands, and move their bodies. They rap, shout, or sing, fall out of step, then get back into it, while the backing track plays the music of Elvis or Britney Spears – anything goes.

New Kids on the Block

Gang is the epitome of evolution. It hosts a new generation of kids, children of metalheads, punks, and those who spent their younger days at the disco. Now, these kids are creating something modern, provocative, rude even. They are taking us all into the future. The best thing about the Gang Beats stage is that it allows us to follow the birth and development of new directions, fresh ideas and careers in music. Main Stage, Dance Arena and Fusion are still what we most associate with EXIT, but it is so exciting to throw ourselves into something new and witness these changes in the music industry first-hand! 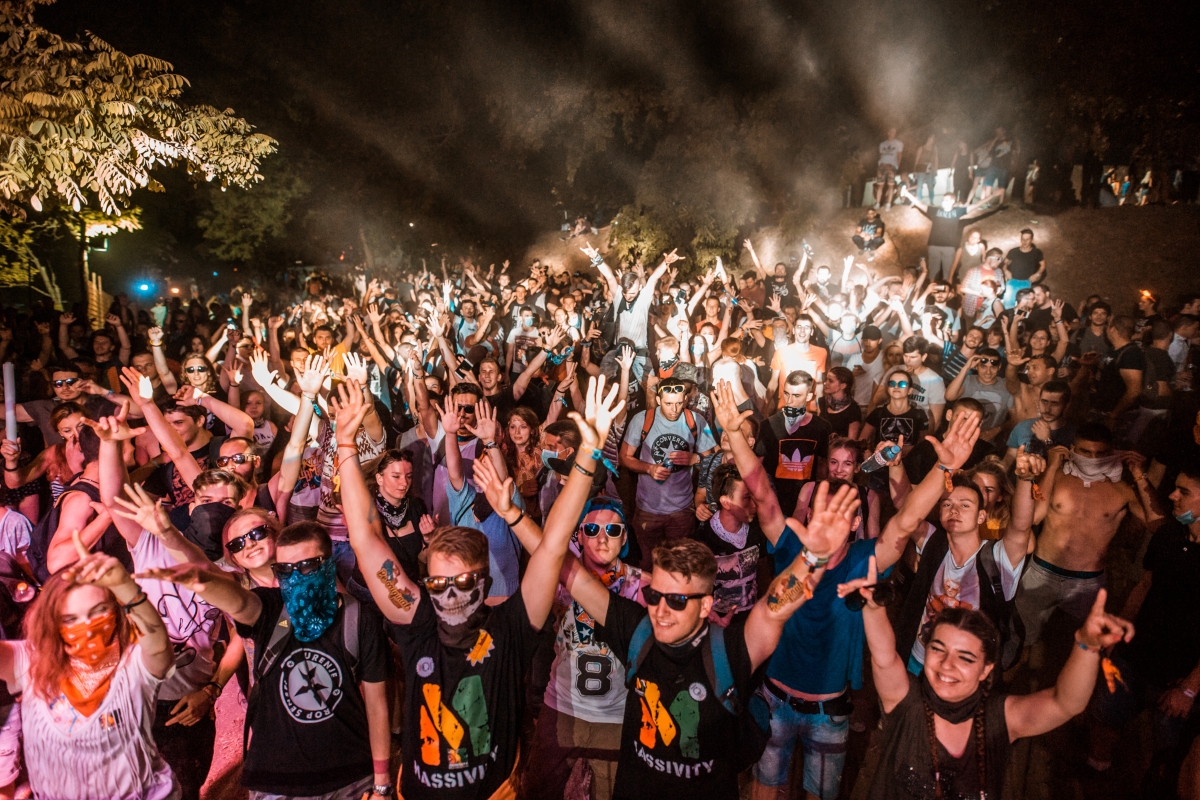 Almost a decade since its emergence, trap experienced a global boom and moved away from its place of origin. Around 2010, T.I., Gucci Mane, Yeezy and Lil Wayne ruled the scene, but many new artists joined them in the meantime. Unsurprisingly, trap came to this region soon after.

Music genres constantly change and evolve. Hardly any music genre today has remained consistent with its original definition. The essence of trap is not its rhythms and melodies but its lyrics. The leitmotifs of this genre include living in the street, drug use, violence, growing up in difficult conditions, poverty, and inability to earn money. At its core, trap symbolises captivity within a lifestyle far from cool, predestined for those born in the so-called Dirty South of the US. It also marks the beginning of the new millennium, and in ideal conditions, an escape from everything that made it possible. In this way, music remains the only link with reality.

EXIT has always been fertile ground for the discovery and growth of new talent, so it follows that such a “new” wave would be rooted in the very structure of the festival. The Gang crew does not spell the end of tradition and the “old” ways but shows that it is possible to play around with tradition and that the results are guaranteed to be excellent.