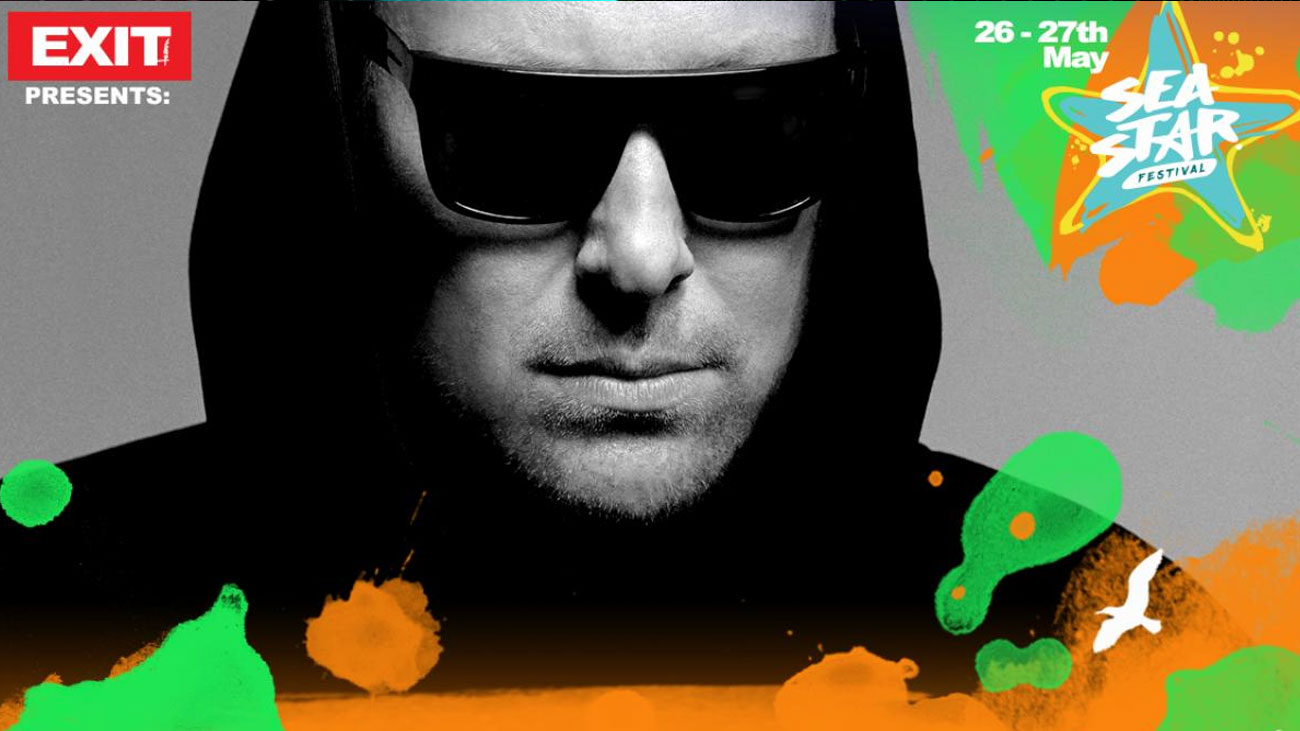 A little less than two months before the Sea Star Festival in Umag, the EXIT team is revealing the third wave of performers arriving to Stella Maris resort on May 26 and 27. The impressive list headlined by The Prodigy, Fatboy Slim, Paul Kalkbrenner, Modestep, Pendulum and Dubioza Kolektiv, is now joined by more big names in the regional rock and punk scene such as PipsChips&Videoclips, Fakofbolan and Nipplepeople, as well as the local and regional electronic stars Umek, Spiller, Petar Dundov, Aney F and Marina Karamarko.

From the neighboring Slovenia comes the world-famous techno giant, Umek. The popular “fotr” of the Slovenian, but also regional modern electronic scene, regularly performs at the largest festivals such as Tomorrowland, Awakenings, Time Warp and Electric Daisy Carnival. His label 1605 publishes Mark Knight, Joey Beltram, The Advent, and numerous young talents, and his radio show Behind the Iron Curtain is broadcasted on over 150 radio stations worldwide. An exclusive party at Sea Star will also be thrown by the famous Italian DJ and producer Spiller, whose mega-hit “Groovejet”, which was the global scene debut for the gorgeous Sophie Ellis-Bextor, is still considered to be one of the most important dance music numbers. The full blooded disco single was sold in more than 2 million copies and even became the first song ever to be played on the Apple’s then new product, iPod! The list of exciting performers will be joined by Croatian music legend Petar Dundov. In his career spanning more than 20 years, he published five albums and a lot of singles, and performed in the most prestigious clubs in the world such as Berghain, Fuse, Tresor, Rex and Sub Club. Sea Star will also host the charismatic representative of the new generation of Croatian DJs, Marina Karamarko, who has already managed to become a resident in the renowned Sankeys club on Ibiza, and to perform in clubs in London, Berlin, Paris, San Francisco and other leading destinations. Aney F, a DJ and producer from Slovenia, founder of Ljubljana Innocent Music label, whose name appears high in Beatport top lists, will also be coming.

At the peak of their career comes the “most Zagreb-like band”, the rulers of the big stages and the Croatian rock hierarchy, the legendary PipsChips&Videoclips. Their career brought about a large number of hits, from beautiful ballads to sports anthems which all share the specific poetic expression of the charismatic frontman, Dubravko Ivaniš. Since the beginning of the nineties, on eight albums, the band remained faithful to itself, always uncompromisingly pushing forward. Through every stylistic experiment, they still remain the heralds of the clean language of the street and timeless songs which the audience always likes to sing along in unison. The guys will be joined by Fakofbolan from Pula, one of the longest lasting punk bands in this region, famous as the band related to the Monte Paradiso collective, as part of which they started organizing the now legendary hardcore punk festival of the same name. On the wings of the new single, “FRKA”, a Zdenka Kovačiček cover, Croatian electropop band Nipplepeople is also on the list of the performers. This mysterious masked duo gained popularity in the region with their hit single “Sutra” (“Tomorrow”), and they are bringing new material to Sea Star.

Sea Star Festival is located in the Stella Maris resort in Umag. All stages are at close proximity of the sea, and comfortable and well equipped accommodation is 100 meters away, or, at most, a 10 minutes’ walk away from the festival area. The camp, apartments, villas and hotels are rated 3 to 5 stars, and the most affordable accommodation can be found for as little as 10.99 EUR at www.exittrip.org. With Umag city center only a ten-minute walk away, Sea Star is definitely at the most ideal location compared to any other regional festival.

Become a part of the Exit crew, volunteer at the Exit festival!