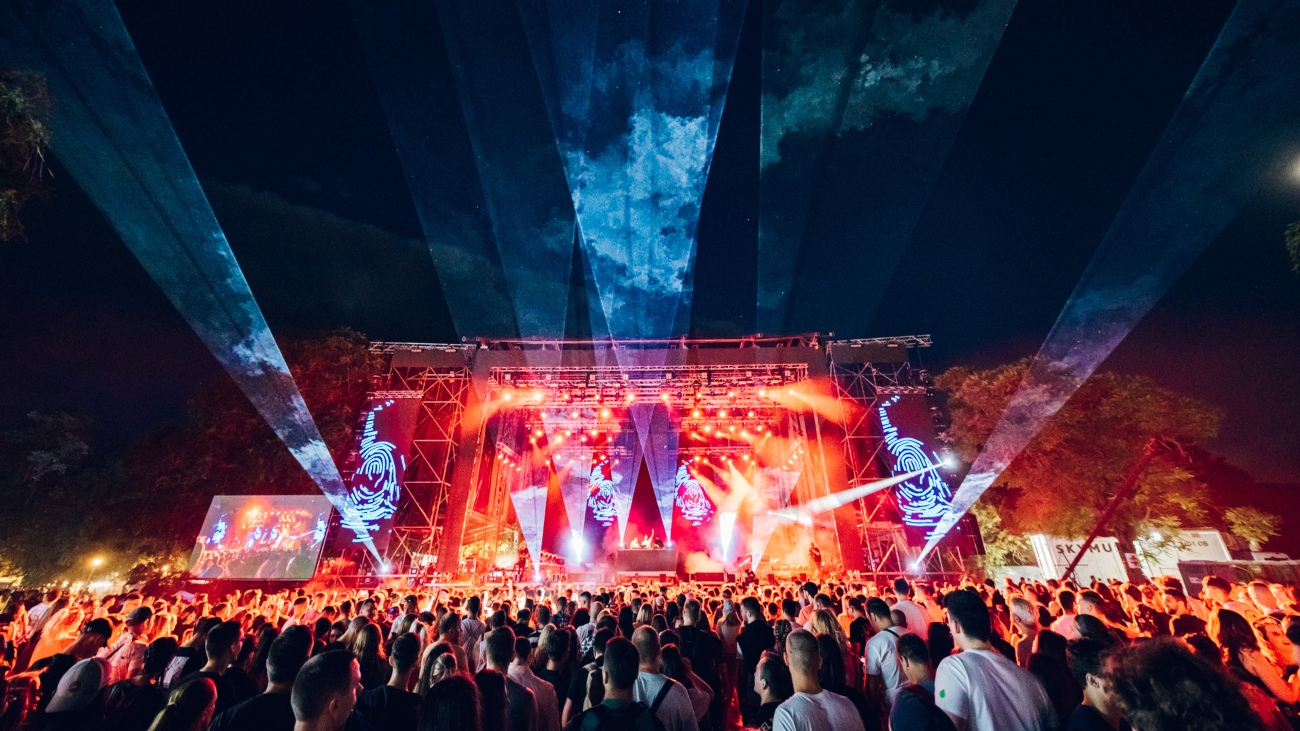 Around 150,000 visitors passed through the festival gates, and together with their favourite performers, they created some of the most beautiful scenes to cherish. We single out the top ten moments we will remember for a long time.

One of the most magical moments of the masterful two-and-a-half-hour concert by Nick Cave and his band The Bad Seeds happened on the second night of the festival when the singer performed the song “Higgs Boson Blues” with a female fan. Cave got off the stage several times to be closer to the fans, every minute of the long-awaited concert was full of emotions, and Cave shared a hug and the line “Can you feel my heartbeat” with a girl in the front row.

The first show of the most successful DJ and producer Calvin Harris in Serbia contributed to the breaking of all EXIT Festival daily attendance records – 55,000 fans witnessed last night’s ultimate megahit soundtrack, singing the lyrics to the songs “One Kiss,” “This Is What You Came For,” “Summer,” and “We Found Love” in unison. An unprecedented horde of people crossed the bridge, waited impatiently in line at the festival gates, and flowed in waves onto the festival’s Main Stage. Calvin delivered a world-class spectacle, reciprocated by the most active and crowded podium at this year’s EXIT.

“Fancy“ with Iggy Azalea and tens of thousands of fans

On the first night of the festival, a packed Main Stage eagerly awaited Iggy Azalea to take the stage after Exit’s midnight opening ceremony. Tens of thousands of fans in the audience jumped and danced with the hip-hop giant, and the climax of this performance came with the megahit “Fancy“ sung by the entire Main Stage. Iggy gave her fans a phenomenal show, saying that she hopes she will return to Serbia soon!

Maceo Plex and the sunrise at mts Dance Arena

Today’s most sought-after producer, a favourite of the local audience, and a great friend of the EXIT Festival once again conquered the mts Dance Arena with his closing set on the second festival night. The performance delivered by Maceo Plex filled one of the largest dance floors in the world to capacity, and tens of thousands of people in the arena’s trench and packed stands welcomed the sunrise together.

Audience sharing the stage with The Exploited

On Friday, around half an hour after midnight, the guitars of the iconic Edinburgh punk band The Exploited thundered from the Explosive stage, filling the stage with the hottest energy and thousands of fans of all generations. Towards the concert’s end, the genre veterans invited the excited audience to join them on stage, after which they performed the famous “Sex and Violence“ along with a hundred fans.

The legendary Dutch drum’n’bass trio Noisia played one of their last shows ever on the Visa Fusion Stage on Thursday as part of their farewell tour. The audience had the opportunity to hear everything from the band’s first releases up to the tracks from the final album “Closer,” which crowned their career earlier this year, and almost every drop was accompanied by mosh-pits that spread over nearly the entirety of the stage by the end of the show.

Saturday night at the mts Dance Arena brought amazing sets by Mochakk, Blond:Ish and Mathame, but Boris Brejcha’s was undoubtedly the most anticipated one. Tens of thousands of fans danced until the early hours of the sunlit morning to one of the most energetic sets at this year’s Exit.

Molchat Doma at the Main Stage

Exit fans arrived early on Friday to hear the first performance on the Main Stage and the opening of the second festival night with the band Molchat Doma, proving that this alternative Belarusian band has many fans within the EXIT community. As the sun went down, the band delivered a great concert and an authentic sound, with the eccentric voice and appearance of a frontman who many compare to Ian Curtis, and the audience euphorically cheered their viral hit “Sudno“.

Watergate club taking over the No Sleep Novi Sad stage

The new, upgraded location of the No Sleep Novi Sad stage was transformed on Saturday into the dance floor of the cult Berlin club Watergate, represented by Adana Twins, Andhim, Stephan Jolk, Biesmans Live, Jamiie and Kristin Velvet. Tonight at the same place, Fabrik Madrid, one of the 100 best clubs in the world, will bring a sleepless night featuring Airod, SHDW & Obscure Shape and Indira Paganotto.

Magical moments on the Pachamama stage

Exit’s Pachamama stage got a new look this year – a location that fans can reach through a portal behind large white wings, offering a view of the Danube and the whole of Novi Sad. Every evening you can get the most beautiful sunset view from here, accompanied by the soothing melodies of new consciousness music and the World Music Balkans sound. The festival opened on the Pachamama stage with a symbolic release of 22 white doves and messages of peace sent to the world from the Petrovaradin Fortress.