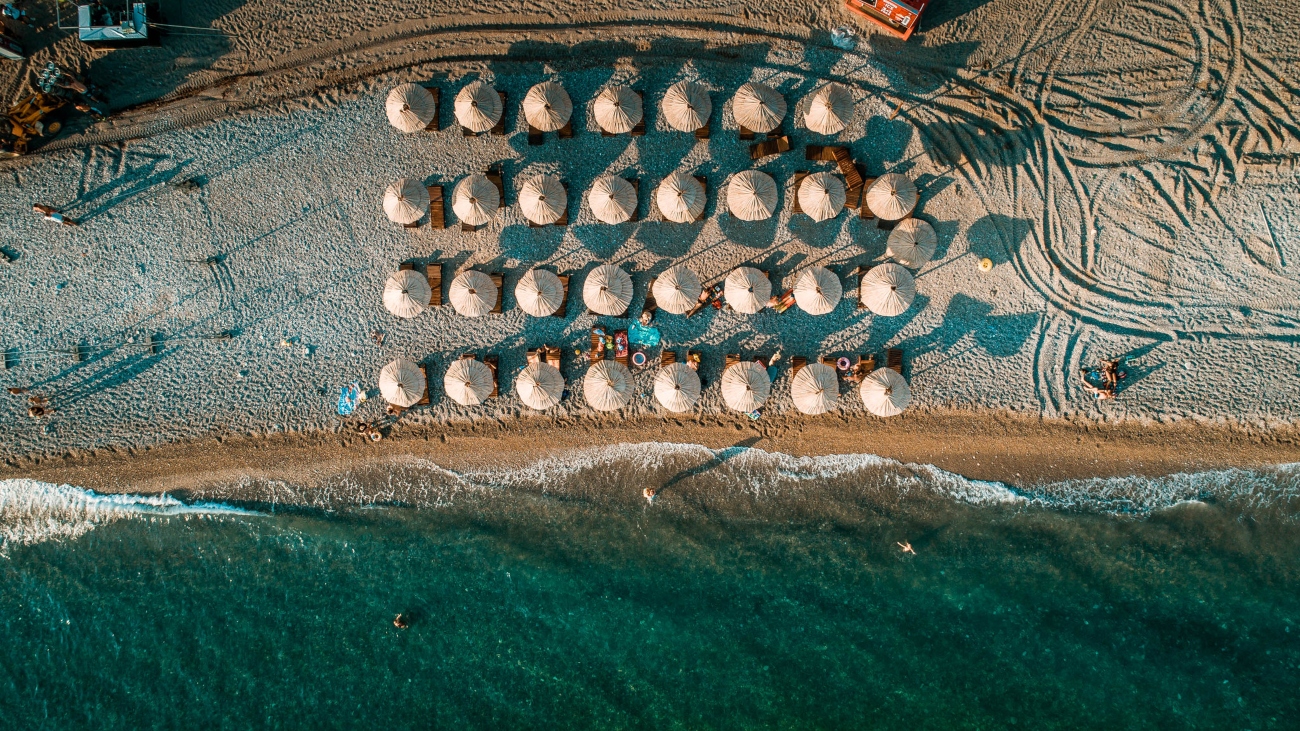 As we count down the days until the festival, we bring you 10 reasons why you cannot miss the best party on the Adriatic coast!

The region’s favourite artist, Konstrakta, will have her premiere performance in Montenegro after delighting the whole world at Eurovision, Sea Star, and Exit, where she was the first domestic headliner in the festival’s history!

Her show in Buljarica on the first day of the festival is eagerly awaited, and she will delight the Sea Dance audience with “Triptih“ and the songs “Mekano,“ “Nobl,“ and of course, the world-famous “In Corpore Sano,“ along with other big hits from her time at Zemlja Gruva –  “Nisam znala da sam ovo htela,“ “Da bi nam,“ “Đango,“ “Mama,“ “Jednom je sada“ and many others.

Buljarica Beach – the Pearl of the Adriatic

Buljarica beach is located only a half-hour drive from Budva’s Old Town and represents a genuine pearl of untouched nature on the Adriatic coastline. The sandy and pebbly coast is surrounded by a belt of pine, dense deciduous forest, and a 300-year-old olive grove, making this Montenegrin beach a true green oasis. It is the perfect location for long summer festival nights, with the best company, great music, and the sound of waves!

Greatest Dance Hits for the Biggest Party of the Summer

From the summer anthem “Love Tonight“ by the Australian sensation Shouse, through global hitmaker Mahmut Orhan and the song “Feel“, to the rich songbooks of regional musical cosmopolitans Dubioza Kolektiv, Konstrakta, Senidah and Who See, the eighth edition of the Sea Dance festival will be the birthplace of the soundtrack to an unforgettable eternal summer, made up of planetary and regional hits.

Aside from the techno divas Nina Kraviz and Anfisa Letyago, the Adriatic coast will dance to hits from the Italian duo Mind Against, such as “Gravity,“ “Walking Away,“ and “Freedom.“

They are joined by Human Rias, the only artist in the history of Exit to both open and close the mts Dance Arena in the same year, the great Coeus, the leader of the new wave in techno Ilija Djoković, as well as the veteran of the regional scene Marko Nastić and more than 30 local stars rounding out the festival’s electronic line-up.

Sea Dance Is Montenegro’s Biggest Festival, and It Has a European Title

Sea Dance is the largest festival in Montenegro, and it managed to win the title of the Best Medium-Sized European Festival with its very first edition, held in 2014. For eight years, it has brought together an impressive line-up of the world’s most popular music stars, gathering fans from over 50 countries worldwide. The Adriatic coast has echoed with hits from megastars such as The Prodigy, David Guetta, Skrillex, Fatboy Slim and many others, along with the most prominent musical names in the region. That tradition is set to continue this year.

A phenomenal line-up of leading musical acts will perform in Montenegro for the first time at this year’s edition of the Sea Dance festival. From the impeccable techno and house frequencies brought by Mind Against, Anfisa Letyago, Human Rias and Coeus to the pop and trap sound from young regional stars Tam and Micka Lifa, debut performances on the Montenegrin coast will bring a real refreshment to these hot summer days.

The first lady of the global electronic music scene, Nina Kraviz, brings techno bangers “Ghetto Kraviz“, “I’m Gonna Get You“, and “Desire“ to the turquoise Adriatic beach of Buljarice, and she is followed beat-for-beat by the techno voice of a (new) generation Anfisa Letyago with the singles “HAZE“, “Nisida“ and “Catch The Spirit“. The strong female energy on the Main Stage will be kept up by the artist Konstrakta, undisputed trap queen Senidah, rapper Mimi Mercedez, trap princess Micka Lifa, but also rising pop stars and talented singer-songwriters Tam and Kejt.

Support for the Local Music Scene

Enthusiasm for the location, line-up, audience, and overall festival experience is also shared by music stars who have performed at the festival in previous years.

Meduza and Satori have agreed with regional stars Bajaga, Fox, Surreal and Muha that Sea Dance is the best party on the Adriatic, while Senidah joined them in the wish to return to the festival – a wish that is coming true this year, both for the trap queen and for the audience.

The festival summer in the EXIT family began with the slogan “Summer Awakening“ at the Sea Star festival in Umag, was defined by the motto “Together. Always!“ at Exit itself, while the Sea Dance festival crowns and extends the season of summer festivals under the slogan “Eternal Summer“. The turquoise bay of Buljarica beach will awaken the rhythm of endless summer with the best party on the Adriatic coast, starting in just four days!

The current ticket prices for the Sea Dance festival are only valid until midnight tonight! The current price of festival tickets for Sea Dance of 37 EUR + b/f at a 40% discount on the final price will be valid only until midnight tonight or earlier if the stock runs out. One-day tickets are available at a promo price of 18 EUR + b/f, at a 40% discount compared to the final price.

Tickets are available here as well as through the sales networks in Montenegro and online.