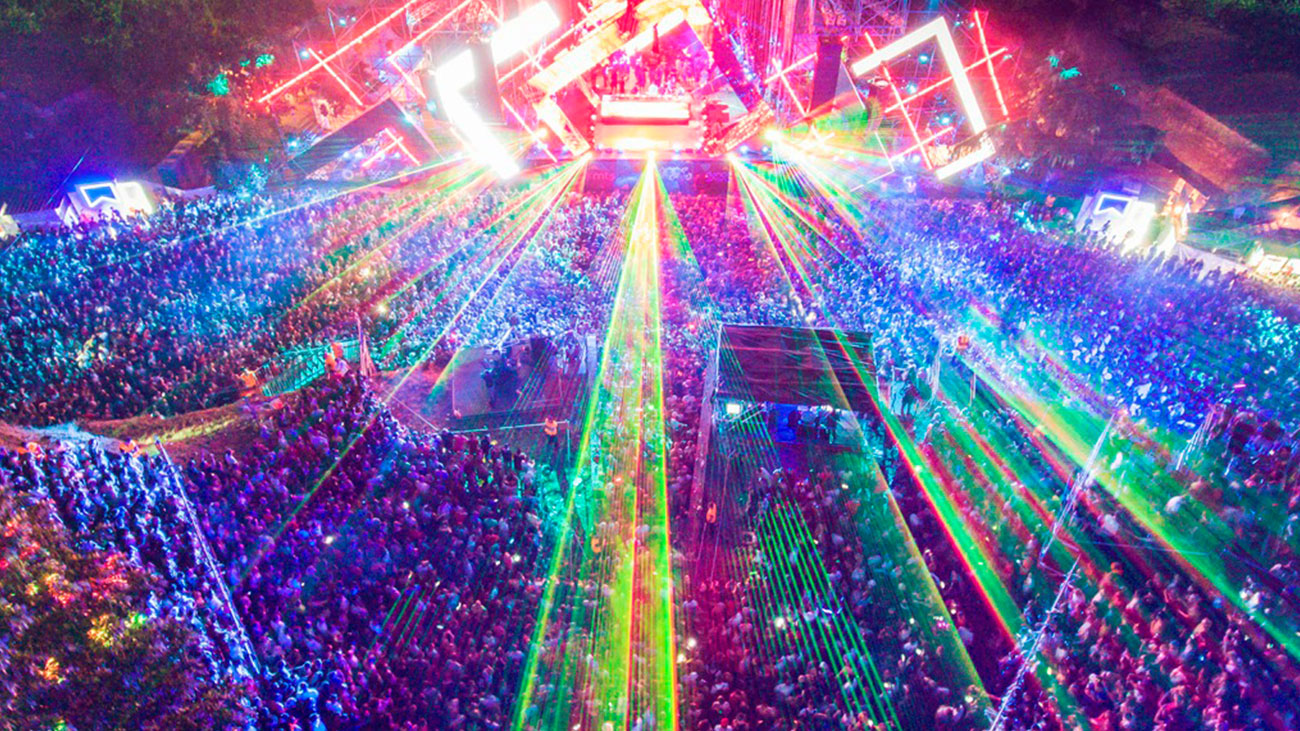 After two great days and nights, EXIT entered the weekend with over 46,000 people on over 40 stages and festival zones! After a great performance by the Lebanese indie-rockers and human rights activists from Beirut, now already world-famous band Mashrou Leila, the main stage was taken over by the rock bard of a new generation, Jake Bugg, reminiscent of the free spirit of the folk rock of the 1960s. Light summer rain, that started with the first chords of “Two Fingers”, followed by lightning in the sky above Main Stage, perfectly fit in with the anthem of a generation, “Lightning Bolt”, and Bugg showed that great artists need only a guitar, light and a voice for a perfect performance. Jumping half a century forward, Years & Years came on stage, a band dubbed by the NME magazine “the most important pop band of the 21st century”. With glitter on their faces, the smiling Olly Alexander and the rest of the band delivered an energetic set worthy of remembrance. The audience danced at Main Stage, euphorically singing the huge radio hits, such as “King”, “Desire”, “Shine”, “Take Shelter” and numerous others that launched Years & Years among the headliners of the largest festivals. The traditional bass program on Main Stage was started by Bad Company ft. Messy MC in their DJ set, warming us up for the unique sound of the much lauded Black Sun Empire, who were joined by 2 Shy MC on stage.

Although it has been operational in its new and spectacular edition for two nights already, mts Dance Arena reached boiling point yesterday! Southafrican house prophet, Black Coffee, brought the African heat and took the audience to an almost spiritual journey, preparing them for what lied ahead. A new moment for the history books, for the first time in 15 years of Arena’s activity. Sometimes, the unexpected happens, but when you have Solomun and Dixon, two of the greatest house masters on the scene today, performing together for three full hours at the Arena, with the world famous sunrise, than it is clear what kind of night this was. The emotional connection between the audience and the two superheavyweights was obvious, as these two close friends and artists that share Balkan origins brought about the best introduction for the next 15 years of the Arena. Not a lot of people could follow up this kind of performance, however, one of this year’s “house all-stars” team, Jamie Jones, was there, ready to teleport us to his legendary “Paradise” parties on Ibiza. No Sleep Novi Sad stage took the audience to the techno institution, the famous club from Brussels, Fuse, who was represented by Pierre, Charlotte de Witte, Function and Dax J, whose furious finale kept several thousand #NSNS fans dancing until 8 am!

After the introduction performance by the Israeli dissident, Zeev Teene, the legendary punk band, The Damned, blasted through a first-rate set of their cult songs. Dejan Petrović shook the audience with his imaginative combination of trumpets and contemporary hits. Explosive stage was shook by Lazarath, Ratos de Porao, Darko, In Other Crimes and others, while Craft Street, every day at 19:30, becomes a center for interesting discussions and topics organized by the daily newspaper, Danas. Yesterday’s topic was dedicated to fighting discrimination, under the name “Equally different or differently equal?”, while tonight there will be talk on the topic dubbed “New optimism: Who does our language belong to?”. Moderator for the panel will be Milena Minja Bogavac, while the topic will be talked about by Snježana Kordić, Vladimir Arsenijević, Teofil Pančić, Marko Šelić Marčelo i Vlatko Sekulović.

Crazy weekend continues with Jason Derulo, Duke Dumont and many others!

The author of today’s killer hits, Jason Derulo, arrives to the Petrovaradin fortress on the third day of the festival. The continuation of a great weekend will be taken care of by the Dutch bass stars, Noisia, for whose performance we strongly suggest getting into shape. The contagious funk and deep house will be heard all around mts Dance Arena a little after midnight, when one of the youngest producers out there, Kungs, is getting ready to play. The party will traditionally last until the morning when the visitors will be able to see the great Duke Dumont, Faithless DJ Set and Hot Since 82. Known far and wide as a gentleman and a singer, Zvonko Bogdan will be bringing an atmosphere of love to the Addiko Fusion, followed by Zabranjeno Pušenje and Maika, and the honor to close the stage will fall to Kiša Metaka and Sve Barabe. Lovers of hard sound will be in for a treat with the bands such as Angelic Upstarts and Discharge. Third day tickets are slowly, but surely being sold out, and if you still manage to find them, the price will be RSD 4,490 at the festival entrance.