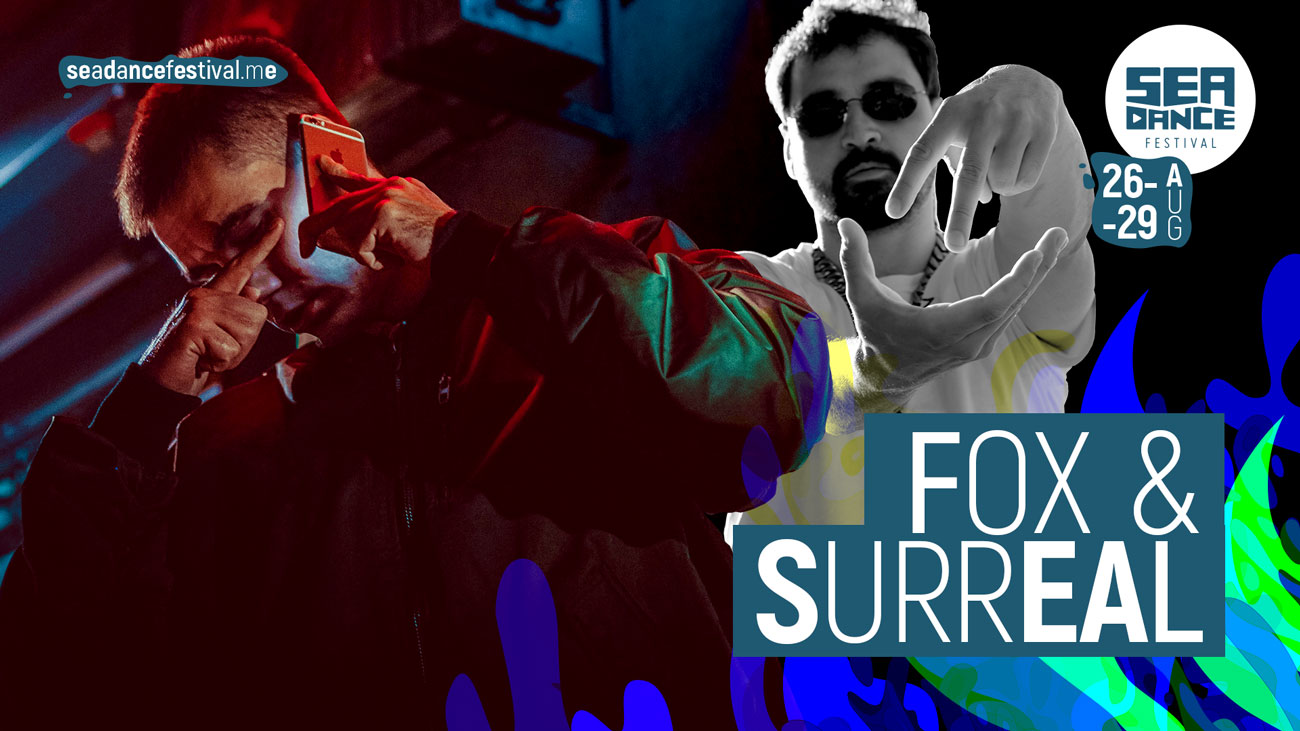 That number is set to increase as the grand finale of the summer season is coming in the form of Sea Dance on the beautiful Adriatic coast. The high-quality lineup of the largest Montenegrin festival, led by international music stars, has just been enhanced by the powerful Gang lineup including the most popular performers in the region, so the main festival stage will feature performances from the leading artist on the trap scene, Surreal, regional trap guru, Fox, Serbian rapper Sajsi MC, as well as Klinac, Ognjen, Muha and O.G. feat. Distortion.

They join the previously announced performers, including the next-generation superstar Boris Brejcha, one of the greatest electronic music artists of today Maceo Plex, the leading tandem of the modern electronic scene, grandmasters Tale Of Us, global hitmakers Meduza, multi-talented artist Satori, rock legends Bajaga i Instruktori, trap queen Senidah, rap maestro Vojko V, a trapper from Osijek Z++ and hosts, hip hop tandem Who See. They will all perform at the seventh edition of the Sea Dance Festival, which will last four days this year, from 26th to 29th August, on the turquoise splendour of Budva’s Buljarica Beach.

Surreal is one of the most sought-after artists on the regional rap/trap scene. His straightforward and genuine attitude and hits such as “Ja sam u gasu, “Budva Kopaonik, “Na minut do mora, “Hoću s tobom da se smuvam,” “Seks zdravlje i pravoslavlje,” “Hollywood,” “Flex,” “Kada pada onda lije” have brought him dizzying popularity throughout the Balkans and millions of views on YouTube and other streaming services.

Fox is directly responsible for the popularization of the new hip-hop wave in the Balkans and is considered the originator of the trap genre in the region. His popularity began its rise with the song “Sujetu zaboravi “and album “Trap Guru Trap Boss, “which was met with great approval and became a classic of the genre. Upon joining the Bassivity team, he released a series of very successful singles, which, along with attractive videos, became instant hits for the YouTube and meme generation, thus bringing him mainstream popularity, while the songs “FuccBoi,” “Šurim Bika,” “Influenser,” “Par dana” and “Adrenalin” total hundreds of millions of views.

Sajsi MC has been on the Serbian rap scene for almost 20 years, first as part of a band and then as a solo artist. She has released four albums and many singles and has taken part in numerous collaborations with musicians from Serbia and the region. The song „Mama“ has brought her many fans but also showed that her work would provoke and point to social phenomena. Some of her most famous songs include „Antifa kučke,“ „Nadrkano hodanje,“ and „Lokal Beogradizam.“
Trap sensation and currently the most popular young hitmaker in the Balkans Klinac, young rapper Ognjen, who exceeds the scope of the underground, rising star — young Sarajevo rapper Muha and locals O.G. feat Distortion present a new wave of the youngest hip-hop/trap performers from the Gang family.

The premiere edition of Sunland, a new festival from the EXIT family, was held last weekend in front of 15,000 people on one of the most impressive beaches in Bulgaria — the enchanting Perla near the town of Primorsko. During the three festival nights, the audience had the opportunity to enjoy the performances of Nina Kraviz, IAMDDB, Offenbach, Matador, Tijana T, and many others. The performers particularly praised Sunland’s location and the complete festival experience, so Nina Kraviz spent three days on the Bulgarian coast, and Offenbach partied with resident DJs until the morning after their performance at the festival.

Security Protocol for Entering the Festival

One of the key conditions for the festival taking place is adherence to security protocols for the organisation of mass events, which the EXIT festival applied in Novi Sad, but adapted to the conditions in Montenegro. The festival will be open to anyone who has received at least one dose of the vaccine, anyone who can prove that they have had COVID (with a document no older than 180 days), and anyone who can present a negative PCR or rapid antigen test result.

All tickets can be purchased through the Gigs Tix sales network. More information can be found here. All tickets purchased for the 2020 edition are valid for this year’s festival.