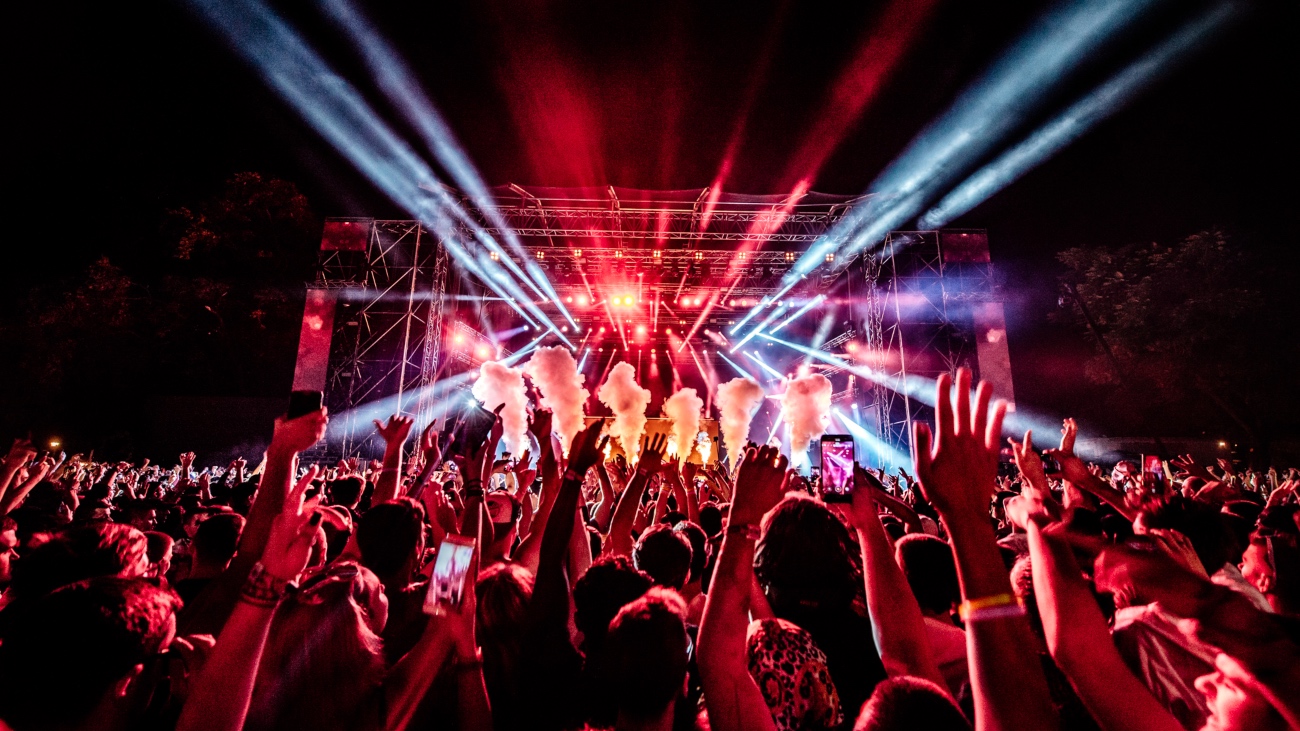 With the dates set for EXIT to take place from 13 to 16 August, the first wave of more than 30 performers are announced including Amelie Lens, Black Coffee, Nina Kraviz, Paul Kalkbrenner, Boris Brejcha, Tale Of Us, Robin Schulz, Ofenbach and Laibach. Roni Size who headlined the festival 20 years ago, will also perform an exclusive B2B set with LTJ Bukem feat. EXIT resident Dynamite MC, to name a few. All artists will be coming together to play at one of the world’s best loved and award-winning festivals that started as a peace and freedom movement back in 2000.

When EXIT called for unity last November publishing a 2020 campaign that shows different races and ethnicities combined together in a single human face, no one could have predicted that it would be as relevant as it is today.

“With everything that is happening in the world today, the social message of EXIT, unfortunately, seems as important as it was 20 years ago. Back then we were exiting the oppressive regime and fighting for peace and freedom in Serbia and Balkans. Now, 20 years later, we wish to send a message of hope to the world that worst is behind us when the pandemic is concerned, but also stress that there is so much work we all need to do when the things like racial inequalities or the destruction of our planet are concerned” – said founder and CEO of EXIT festival Dušan Kovačević.

Many of the leading music industry figures are naming this year’s festival edition as a “beacon of light” for the recovery for the event industry. Following all health and government guidelines, EXIT will open at least 20 stages and zones throughout the expansive Petrovaradin Fortress. One of the main precautionary measures, the number of attendees will be limited to 50%, in an area that can hold at least 90% of its usual capacity.

Main Stage will be in its usual place on the central plateau of the Petrovaradin Fortress, ready to host spectacular performances by global and regional superstars such as Laibach, Robin Schulz, Roni Size b2b LTJ Bukem feat. Dynamite MC, Ofenbach, Burak Yeter, DJ Regard and many more to be announced. All of them will be joined by the region’s finest bands such as Obojeni Program, Buč Kesidi, Massimo, Goblini, and many more who will be just as interesting replacements for some of the many live tours that are no longer available to book before 2021.

Festival’s energetic hub, the colossal mts Dance Arena, which according to many is the most spectacular electronic music stage on Earth, will host some of the world’s biggest artists including Black Coffee, Nina Kraviz, Amelie Lens, Paul Kalkbrenner, Denis Sulta, Boris Brejcha, Tale Of Us, ARTBAT, Dax J, Kobosil, DJ Tennis, Meduza , Marko Nastić, After Affair b2b Kristijan Molnar, Andrew Meller, Lag b2b Insolate, Ilija Djokovic, Coeus, Space Motion, Reblok and many more. It’s that special moment when the sun’s rays shine over the fortress walls and your favorite tune is belting through the sound system and into your soul, which will once again make the festival experience unforgettable yet again.

The neighboring No Sleep Novi Sad stage, that gained incredible international praise in the past five years, leading to the launch of its own festival in Belgrade each November, returns in August with its first acts such as Juliana Huxtable, Francois X, Marcel Dettmann, VTSS b2b SPFDJ, 999999999 Live, Monosaccharide, Bokee and many more to follow in the coming days.

In addition to the biggest stages, EXIT magic would not be possible without several iconic stages such as Aqua Viva Latino Stage, hip-hop fans favourite Beats Stage, drum and bass music spot X-Bass Pit. Another stage showcasing the local and regional DJ scene Urban Bug, will also be present this year as will AS FM powered by Guarana and Gaia eXperiment Trance. In addition to leisure and refreshment zones, a special place this year will be occupied by Pachamama World Chill-Inn zone, while the historical meeting place, for this year’s special edition, will be the Wenti Wadada Positive Vibrations Reggae Stage.

More artists will be joining the bill over the coming weeks, while the organizers prepare the festival in cooperation with the National Health Department of the Government of Serbia. Serbia, like many other European countries, has already reopened its borders with no limits or PCR tests needed anymore, so people from all around Europe will be able to come to the festival. If by any chance there is an epidemic outbreak in some countries in August, visitors coming from that particular country will go through quick PCR tests which will be either completely free or very low priced.

Born out of the youth movement for peace and freedom in Serbia and Balkans, EXIT social work is as equally important as the festival itself with thousands of humanitarian and social projects realized in the last two decades. On its 20th anniversary, EXIT also continues with plans to launch its biggest environmental project to this date dubbed the LIFE STREAM. The project’s main concept is to stream shows from the festival in a new innovative way by playing additional footage with quotes and information about the unprecedented environmental crisis and other rising social issues that the whole world is facing today.

Tickets – The most popular EXIT offer 4+1 returns too

“Buy 4, get 5”, colloquially known as the “4+1” offer is the most wanted Exit’s group offer and will be available from Wednesday 17th June. Behind the simple 4=5 mathematics there is the idea that makes it easier for any group of friends to go to the festival. Namely, friends who buy four festival tickets at once will get the fifth EXIT ticket for free! “Buy 4, get 5” offer features a very limited number of tickets, so make sure you grab yours on time! EXIT tickets can be found at exitfest.org for just £89 | 99 € + b/f, and for those who wish to bundle them with accommodation and local transfer, there are also packages starting from 149 €.

All fans who purchased their ticket in the period before the suspension of sales will have the opportunity to decide whether they want to use their ticket for the August edition of the festival, exchange it for next year’s festival, or seek a refund in accordance with the conditions, prescribed by the Serbian Government for events delayed due to the pandemic, of which they will be notified in a timely manner.