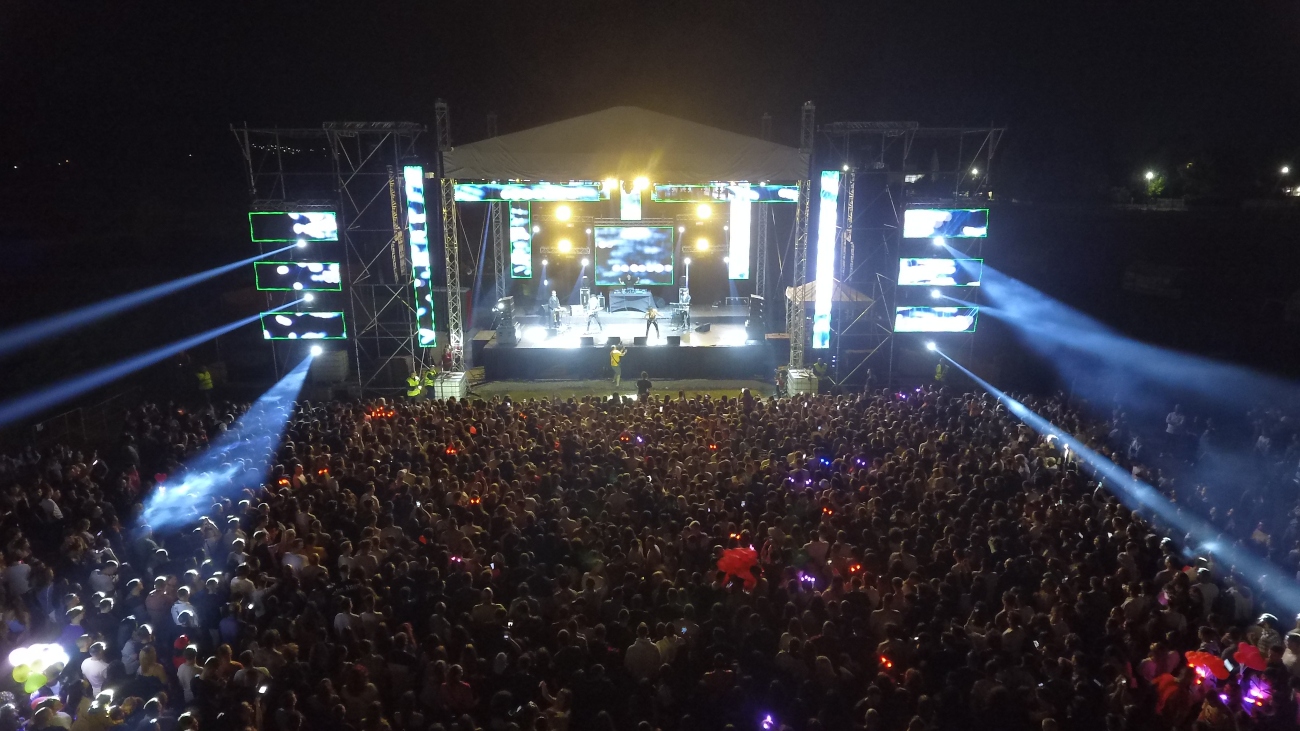 With a phenomenal atmosphere and energy and excellent attendance numbers, exceeding the capacity of the venue, this party rivalled the biggest events in Macedonia and hinted at the scale of the new festival, which the EXIT team plans to organise here starting next year.

The fantastic performances by the top acts of the global and regional music scene thrilled the local audience, as well as visitors from Bulgaria, Greece, and Serbia – the famous Italian techno star Deborah De Luca, global hitmaker, producer, and DJ Mahmut Orhan, the undisputed Balkan trap queen Senidah, one of the most famous DJs in the region Kristijan Molnar, as well as local acts Dina Jashari i Drugari, 21 Vek and DJ Goce SAF & DJ Chvare (Funky Fresh).

The founder and CEO of EXIT Dušan Kovačević expressed great satisfaction with the event in Strumica and explained that Get EXITed is an introduction to the festival that is set to take place in 2023 – “The EXIT festival family is currently one of the fastest growing festival groups in the world with 12 festivals in seven countries. We are sure the stage is set for Macedonia to get the festival it deserves. My 20 years of experience working at EXIT tell me that this place has the energy required to put on such a festival, “ – Kovačević believes.

The big Get EXITed party was also visited by the mayor of Strumica, Kosta Kostadinov. He drew attention to the importance of this event at this moment – “Strumica celebrates tonight, on the eve of the great day, September 8th. We have this fantastic and spectacular event, which we could only dream about in the past. Get EXITed is happening tonight in Strumica, and I don’t need to waste words explaining the true meaning of this music event,“ – Kostadinov said.

A wine/gastronomy programme presenting the best wineries and local producers of traditional Macedonian specialities was also part of the Get EXITed music spectacle. The entire project was implemented with the support of the Government of North Macedonia and the Strumica Municipality as a continuation of the wine fair “Wine Vision of the Open Balkans,” which was held a few days ago in Belgrade, within the “Open Balkans” project, which provides room for the improvement of tourism and cultural cooperation of countries within the region.

This memorable summer party made for an excellent overture to the launch of another big Exit festival in Macedonia, which is planned for next year and will become a new important tourist attraction in the Balkans. The party saw all the accommodation capacities in Strumica and its surroundings filled in its very first year.

EXIT is the largest music-industry organisation in Southeast Europe. Aside from EXIT itself, which has traditionally taken place in Novi Sad for more than 20 years, the group has 12 festivals in seven countries. So far, it has organised numerous festivals and large concerts, such as the No Sleep festival in Belgrade, Sea Dance and Ada Divine Awakening in Montenegro, Revolution in Romania, Sea Star in Croatia, Echowaves in Georgia, Festival 84 in Bosnia and Herzegovina, Sunland on Perla Beach in Bulgaria, concerts by Robbie Williams and Madonna in Belgrade, Red Hot Chili Peppers in Inđija, and many others.

EXIT’s mission since its inception has been connecting regions, promoting peace, branding destinations, and enriching their cultural offer through the development of creative industries and festival tourism.