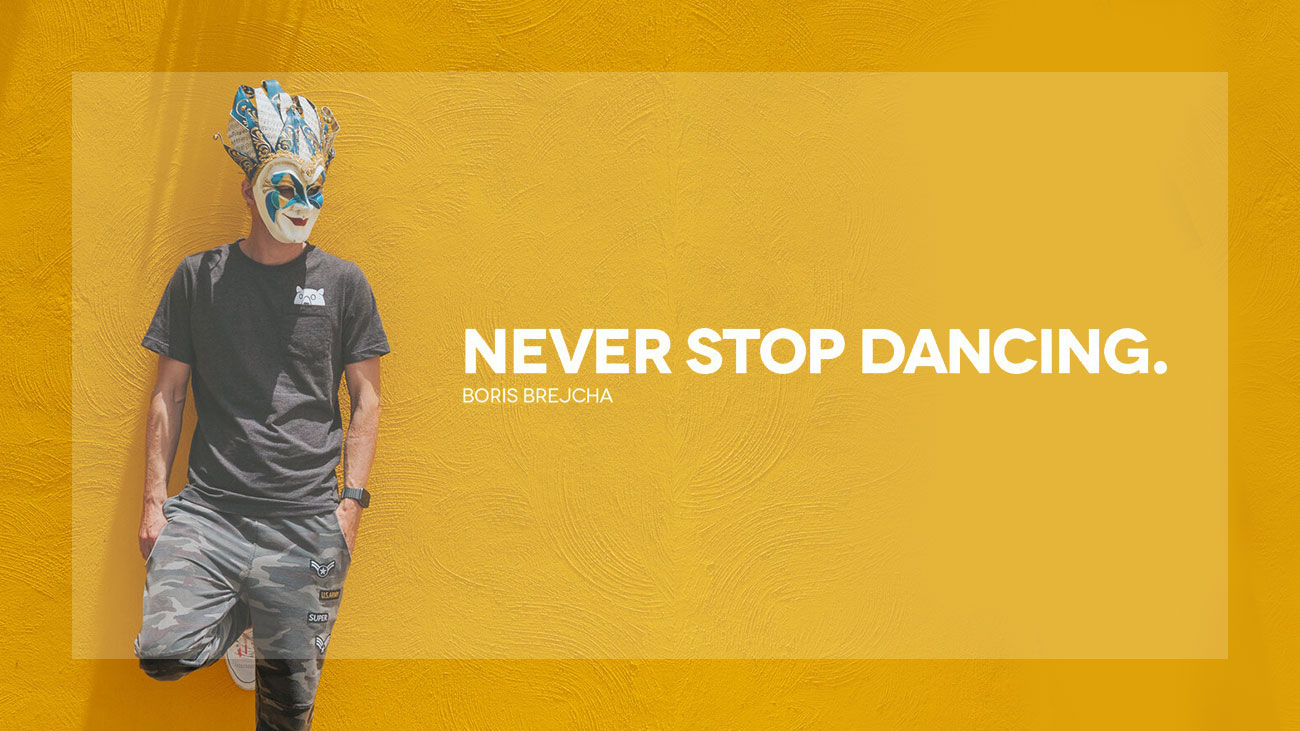 The tenth studio album of this world-famous producer consists of 12 songs, dominated by techno and Brejcha’s signature high-tech minimal. Over the past few months, Brejcha has released five singles from this album — “Spicy,” “House Music,” “Take a Ride,” “Twisted Reality,” and “Never Stop Dancing.”

The voice of Brejcha’s long-time partner and muse, Ginger, is a significant part of his discography, and she appears on five tracks on this album. The first single, “Spicy,” combines energetic drums and delicate piano chords with Ginger’s enchanting vocals. The track “Take a Ride” focuses on euphoric breaks and pulsating bass lines, while the recently released single “Never Stop Dancing” is a perfectly energetic techno track, characterized by a distinct rhythmic groove with a pulsating rhythm section and dominant multi-layered synth melody paired with Ginger’s hypnotic vocals.

Besides the five already released singles, this dancefloor-focused album brings seven new great hits. “Afterlife” is a peak-time cut, “Hold Your Speakers” abounds in Brejcha’s recognizable rhythm, while “State of Mind” is very dynamic, more cosmically oriented, and more abstract than the previous two. “Falcon” is a slightly deeper and darker melodic track with a reflective note, conceptually quite similar to “Himmelblau.” “Underworld” and “Skywalker” share an industrial DNA, playing with the classic European techno sound and expressing Boris’s wit, making this album a fantastic conceptual whole.

Brejcha’s tenth studio album is further proof of his dedication to production, his undisputed talent for creating a unique sound, his tremendous ambition, and his hard work. The album “Never Stop Dancing” follows Brejcha’s 2021 EP releases — “Vodka & Orange,” “Matrix,” and “EXIT,” while at the beginning of last year, he dropped the highly praised and appreciated album “Space Diver,” also in collaboration with Ginger.

Brejcha’s breakthrough on the global electronic scene happened in 2006, with double Eps “Monster” and “Yellow Kitchen,” and he has since continued to develop his unique style of music, dubbed “high-tech minimal.” This style is often referred to as the intelligent music of tomorrow. Other performers adopted the genre while he mastered it to perfection.

This audience favourite is one of the first confirmed headliners of the 21st edition of the EXIT festival, which will take place from 7th to 10th July 2022 at the Petrovaradin Fortress. Besides him, the upcoming EXIT will feature the king of alternative rock Nick Cave with his band The Bad Seeds.