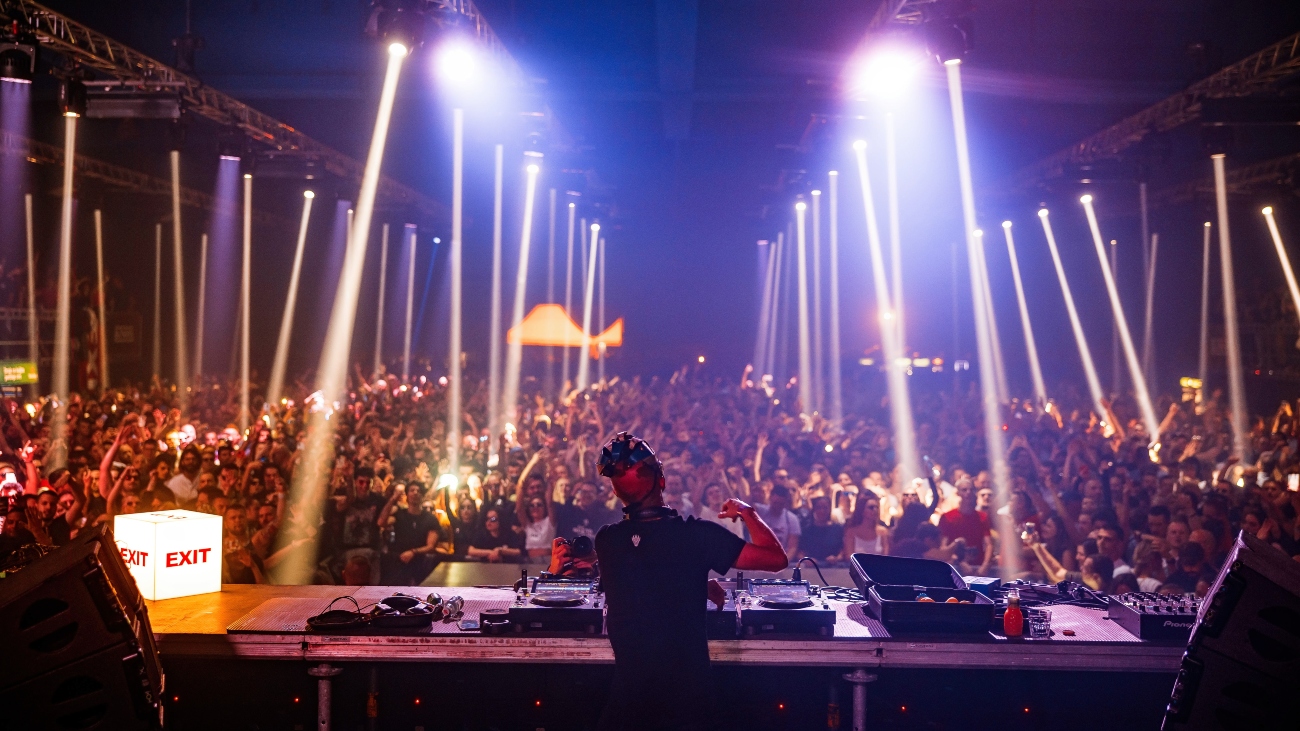 Yesterday’s spectacular “In Concert” show, featuring Boris Brejcha and artists from his publishing house Fckng Serious — Ann Clue, Deniz Bull, and Moritz Hofbauer — filled the concert hall to the brim. More than 5,000 fans got to experience an unprecedented party with a production level reserved only for the world’s biggest electronic music events. The same production level will welcome all clubbers in the Main Hangar at the new edition of the No Sleep Festival on the 11th and 12th of November. Like Brejcha’s party, there is massive interest in a sleepless weekend with the award-winning Belgrade festival, and tickets are expected to sell out in the days before the event.

Boris Brejcha’s long-awaited audio-visual spectacle exceeded all audience expectations and showed why this German dance-floor king is one of the biggest names on today’s electronic music scene. Perfect synergy with the audience is no surprise when it comes to him, but it is all the more significant considering how strong his fan base is in our region, a fan base which will not get to see him so often in the coming period.

Moritz Hofbauer opened the show with his live act before Ann Clue made an overture to what will surely be remembered as a spectacular night.

Immediately after the meet & greet with his fans, Brejcha appeared on stage, with  “Up Down Jumper“, “Darkness“, “To The Moon And Back“, “I Take It Smart“, and “Vienna“ being just a few of the hits with which he rocked the Belgrade audience. The trop of the track “Gravity“ was accompanied by confetti, while the crowd screamed to every beat. Throughout the performance, the king of high-tech-minimal played both classics and new tracks such as “Timelapse“, setting a strong dancing pace for everyone in the hangar. Due to the massive energy which ruled the space and the special connection with his fans, Brejcha extended the set by half an hour, which he does very rarely, and ended it with the mega hit “House Music“. After him, Deniz Bul took over the DJ desk and kept the audience in the port dancing until the morning.

The production, the likes of which can only be seen on the world’s biggest stages, was a dimension in itself, reflected in flawless sound and visual effects during the entire performance. It will remain in the Main Hangar for the following weekend, 11th and 12th November, when the No Sleep Festival will host some of the biggest stars of the electronic music scene, Amelie Lens, Reinier Zonneveld, Indira Paganotto, Partiboi69, Regal and many others.

Standard festival tickets are on sale for RSD2,590, with a 30% discount, and VIP GOLD festival tickets are available for RSD4,290. Standard one-day tickets can be purchased at a gift price of RSD1,790, with a 30% discount, while the price of one-day VIP GOLD tickets is RSD2,990. Tickets for the program at the Drugstore club and the afterparties are available at a price of RSD690.

Tickets are available here and through the Gigs Tix sales network, both online and in physical sales locations. These ticket prices will be valid until Thursday, 10th November at noon, or until supplies run out.