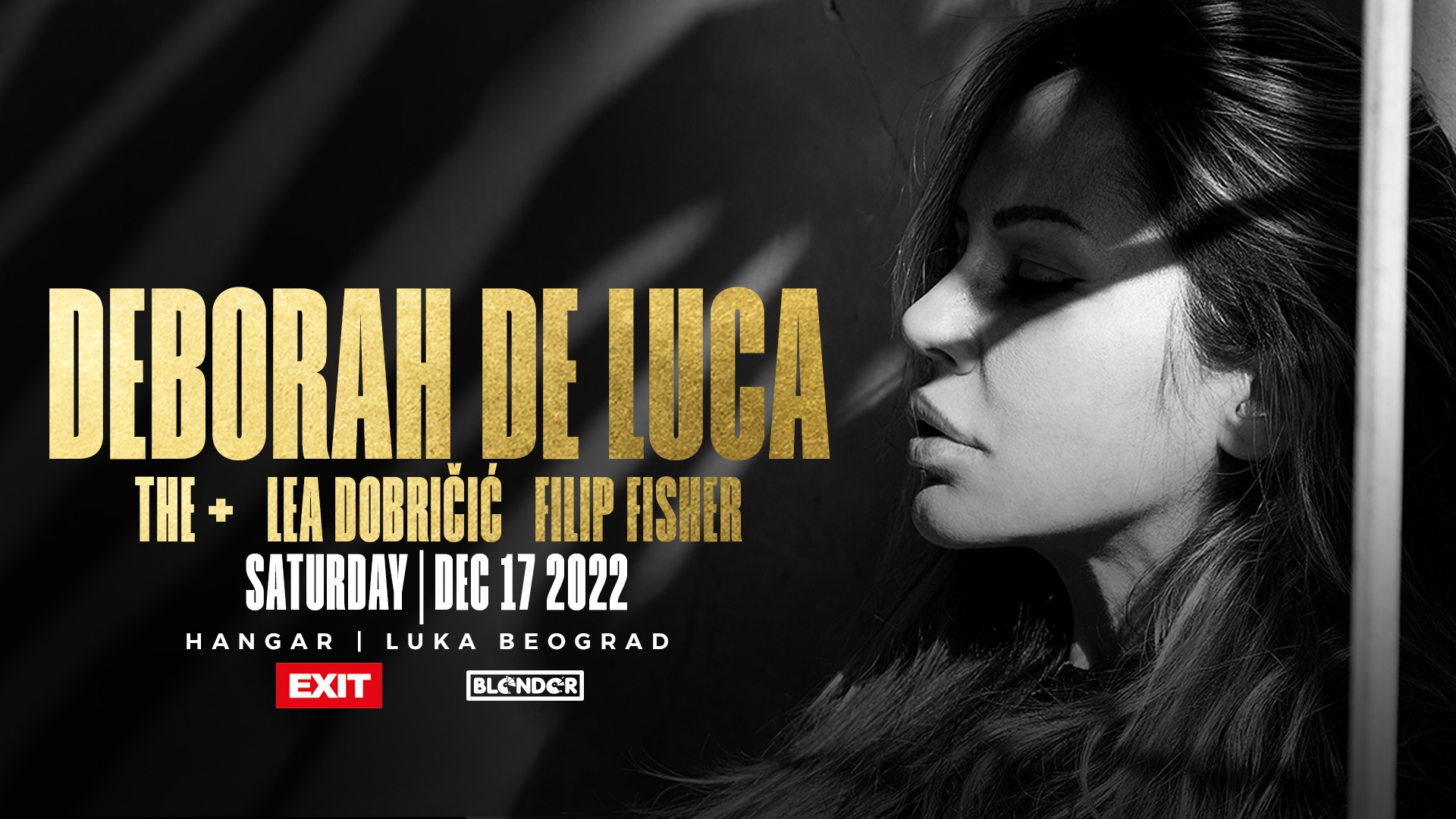 Deborah De Luca, one of today’s leading female techno acts, will arrive at the Main Hangar of the Port of Belgrade on 17th December, supported by a strong local line-up comprising Lea Dobričić, Filip Fisher, and The +!

After the success of the sold-out show by Boris Brejcha, EXIT and Blender will once again collaborate in organising this event. Deborah De Luca has an incredible number of fans in the region, as evidenced by her recent performance in front of over 20,000 people in Macedonia at the Get EXITed party, which was an excellent warm-up for another EXIT festival in this country. Tickets for her Belgrade show will go on sale on Tuesday, 22nd November, at noon, at a promo price of RSD1,390.

Deborah De Luca, born in Naples, is one of today’s leading techno stars, with an immense number of fans – almost 4,5 followers on social networks. She has several impressive sets under her belt, including one for Cercle in front of the Château de Chambord castle in France, a collaboration with the prestigious global magazine Mixmag, recorded on the Neapolitan rooftops known throughout the world for their appearance in the TV series “Gomorrah,” as well as the one for Beatport, recorded at Diego Armando Maradona Stadium. These sets alone count over 30 million combined views.

She recently used her trademark energetic and hard techno sound in the album “She Sleeps,“ released for her own publishing house Solamente Records. Her latest releases are yet more proof that she keeps working hard in the studio. These include the rework of Robert Miles’ cult track CHILDREN, the rework of DORI ME, and a remix of SILVER SCREEN by Felix da Housecat. She toured the world again this year, with gigantic performances in clubs like Amnesia in Ibiza, Electric in London, Space in Miami, and many others, so she is returning to the Serbian capital stronger than ever after three years!

This superb techno experience, which will arrive in Belgrade towards the end of this year, is reinforced by local support consisting of one of the most famous representatives of the regional electronic music scene, Lea Dobričić, DJ and producer with decades of experience Filip Fisher, and a rising star of the local scene and Let’s Mix It finalist The +.