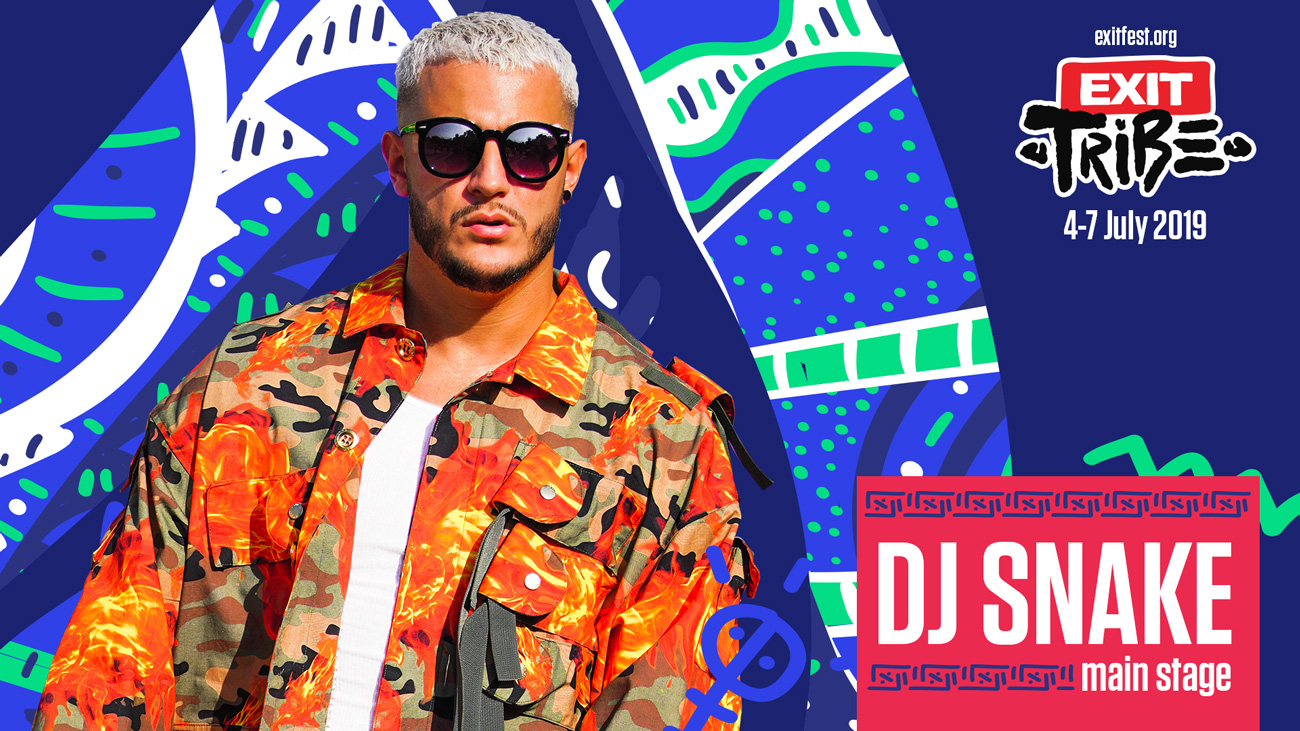 DJ Snake, one of the most popular music performers in the world and the author of many popular global hits confirmed to play at EXIT Festival’s Main Stage on Saturday, July 6! Megahits signed by the French superstar, such as “Taki Taki”, “Lean On”, “Turn Down for What” and others, managed to reach a dizzying number of eight billion YouTube views and five billion Spotify streams! The most popular musicians in the world, such as Lady Gaga, Ed Sheeran, Cardi B and Skrillex are racing to collaborate with him. Justin Bieber is also among them, having appeared as a guest on “Let Me Love You”, which has already reached the impressive number of 1.4 billion views on video streaming services!

His megahit “Taki Taki” featuring Cardi B and Selena Gomez exceeded one billion video views in only four months, becoming the fastest video in history which managed to achieve this! He holds another record, the track “Lean On” with Major Lazer, which had over 2.5 billion YouTube views and had been the most streamed song on Spotify ever for 11 months! Today, the popular Parisian is the headliner at the world’s biggest festivals such as Coachella, Lollapalooza, Tomorrowland and many others, and he is often the only DJ headliner in line with the greatest bands of today such as The Killers, Muse or Migos!

DJ Snake has won two Billboard awards and one MTV award, and his received his first Grammy nomination as one of the producers of Lady Gaga’s “Born This Way” album. Due to his incredible success, the media compares him to the fellow Parisian David Guetta. He is arriving to the Petrovaradin Fortress directly from another performance in France, at a venue located at a 17th century citadel!

The talented French of Algerian descent published the album “Encore” in 2016, as well as a total of 23 singles, most of which positioned itself on top charts worldwide. The last in line, “Taki Taki”, reached number one spot in fifteen countries, and after four months it is still at the very top of the charts in the entire world, including Serbia. Homage to his music style was paid by Rolling Stone, which stated that “DJ Snake has been perfecting his own venomous, unforgiving, primordially grooving version of bass music you can head-bang to”. DJ Snake is also a part of Pardon My French, a French DJ collective, as well as a founder of an increasingly popular “Premiere Classe” label.