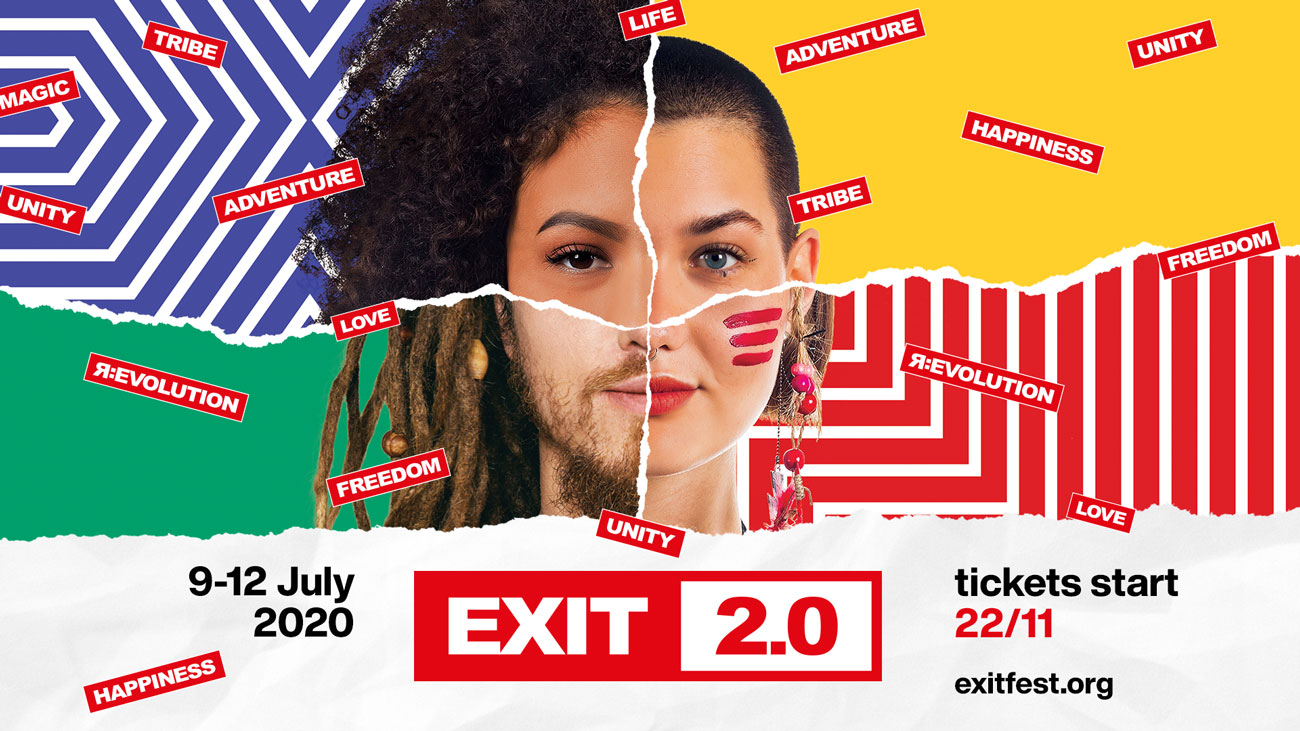 The home of the festival, the medieval Petrovaradin Fortress, will be the global music scene’s focus come July, with more than 40 stages and zones hosting some of the biggest music stars of today, as well as several selected EXIT acts from the previous two decades, whose performances have earned them a firm place in the festival’s history. Under the symbolical slogan of EXIT 2.0, the festival marks the beginning of its new era, announcing numerous innovations in all areas of its activities. “The entire EXIT team, as well as our friends and artists, are determined to surpass even the record-breaking years behind us in order to bring the best edition of the festival and an entirely new EXIT, ready to take on the next twenty years!”, said Dušan Kovačević, founder of the festival.

The next festival edition, as well as the accompanying campaign, will celebrate the unity of the seemingly different fans of EXIT, from punks and metalheads to rappers and ravers, from local audiences to those who cross oceans to reach Novi Sad, thus confirming what the popular British magazine DJ Mag once said: “EXIT has become more than a festival, more than a movement, more than a brand. EXIT is becoming a culture in itself”.

With the dates announcement, the start of ticket sales is also announced for Friday, November 22nd at noon sharp, when a very limited batch of tickets will be available with a discount of 55% compared to the final price! The first tickets are sold out in just a few hours every year, with the price automatically increasing after the fastest fans get to the first batch. The tickets will be sold via www.exitfest.org.

The first EXIT performers, as well as those for other festivals organized by EXIT, such as Sea Star in Umag in Croatia, Revolution in Timisoara in Romania and Sea Dance in Budva in Montenegro, will be announced soon. All festivalgoers can expect some of the best global music scene performers of today, as well as other well-known names, with a huge variety of music genres, which is something that distinguishes EXIT on the world festival scene.

Return of the King: Carl Cox is coming back to EXIT with a special 3-hour set!