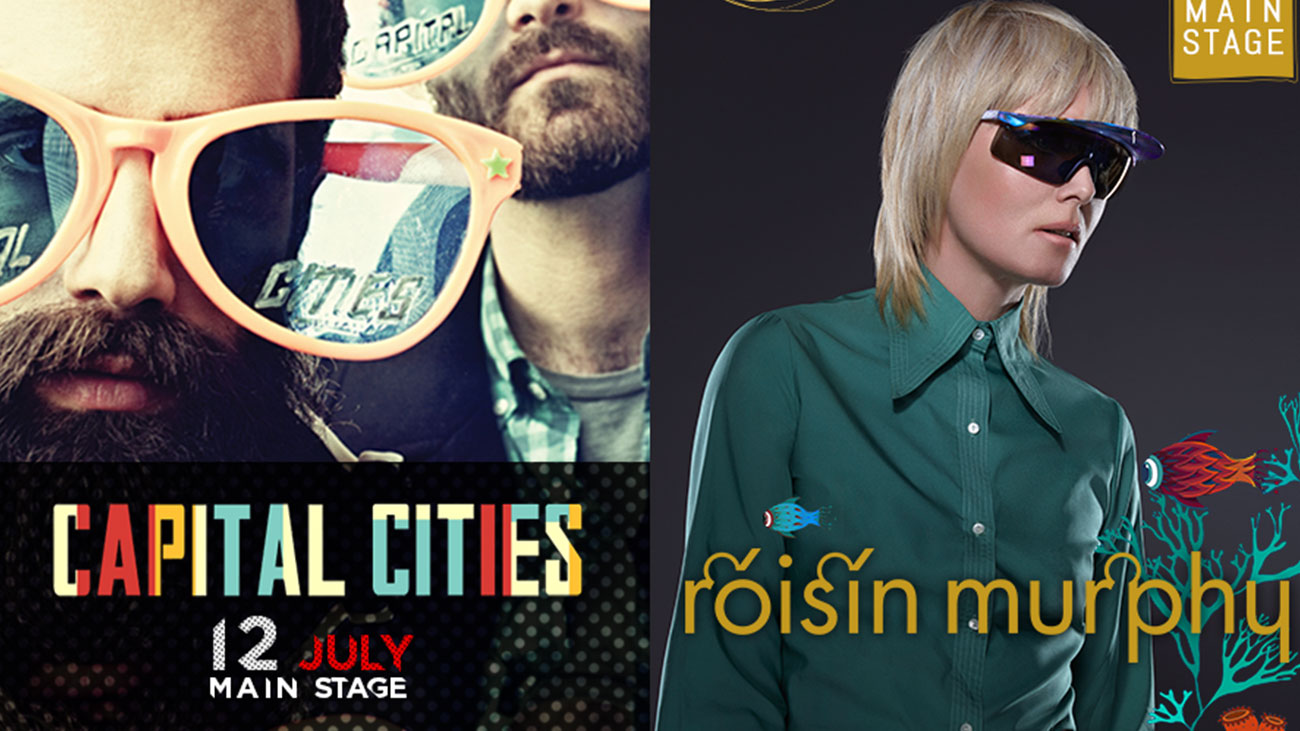 Californian hitmakers Capital Cities will add up to this summer’s Exit Adventure’s rich program, performing live on Sunday 12 July at Exit Festival. Fanfares of their global smash hit “Safe and Sound” will spread throught the Petrovaradin Fortress on the closing night of the Exit’s 15th birthday, followed by the traditional fireworks! Popular duo is heading to Balkans to promote “In a Tidal Wave of a Mystery“, one of the best recieved indie-pop albums in recent years that summed several hundred millions views on YouTube. Exit Adventure then moves south to the seaside where the former Moloko singer and contemporary music diva Roisin Murphy will headline Sea Dance Festival on Friday, July 17th. Her first performance in Montenegro is a part of the world tour promoting the new album “Hairless Toys”. The Dance Paradise stage will host the former singer of the Hercules & Love Affair, the New York DJ lady Kim Ann Foxman, on the same night. Also added to the bill for the closing night on Saturday 18th are virtuoso DJ James Zabiela & Californian house producer Doorly, remix master of the biggest stars like The Prodigy and Kanye West.

Capital Cities are duo from Los Angeles formed by Ryan Merchant and Sebu Simonian, former jingle-writers who decided to put their skills to creation of quality pop sound. Global hit “Safe and Sound” went to No.1 place of the US Alternative Songs chart, but only after the worldwide release in 2013, duo stormed the TV and Radio across continents. Video for the single went through three versions to end up with the MTV Award for the Best Music Video and a Grammy nomination in the same category. After 200 million view count on YouTube and even several covers, “Safe & Sound” is one the most Shazamed songs ever with latest singles „Kangaroo Court“ and „One Minute More“ following its success.

Along with Moloko, Roisin Murphy is one of the key figures of the music scene during the late 90s, with unparalleled hits and music classics “The Time is Now”, “Sing it Back” and “Forever More”. She launched a solo career with the albums “Ruby Blue” and “Overpowered” that established her as the icon of modern pop culture. Much like she does on the stage, Roisin graciously moves through different genres, as well as the roles of singer, producer, designer, model, and actress. In preparation for her third album “Hairless Toys”, which is coming out on 11 May, Roisin has released the maxi single “Mi Senti” with covers of famous Italian chansons in her unique style. Judging by the world music audiences, this year will be marked by 21st century music diva Roisin, and her performance at Sea Dance, officialy the Best European Mid-Sized Festival, is spot on.

Gather your friends, buy 4 tickets for just Exit Festival or full Exit Adventure and you will get a fifth ticket for free! There’s more: all five will also receive Exit Camp passes, free of charge! Tickets for Exit Festival are available from 89£ +b/f, and for Sea Dance Festival at 54£ +b/f. The unique ticket for more than 10 days of Exit Adventure (Exit + Sea Dance), is available for £105 +b/f at Exitfest.org. Packages including travel and accommodation can be found at Exittrip.org.