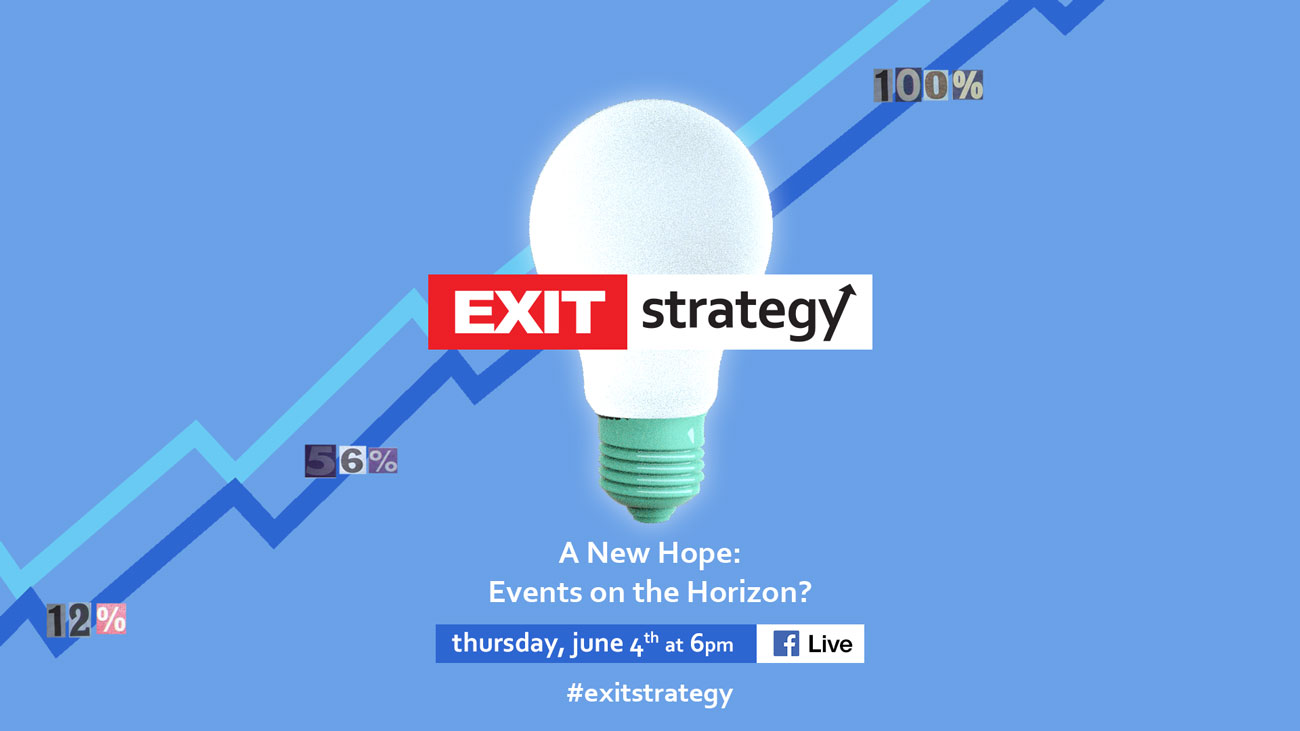 The third virtual session of international online conference EXIT strategy, discussing how the current pandemic situation has affected the live music industry and festivals, featured leading industry professionals including: Maria May, Global live music agent CAA, Christof Huber, YOUROPE, Cindy Castillo, Mad Cool Festival, Ruud Berends, ESNS and IFF Co-Founder and EXIT’s own Dušan Kovačević. Speakers gave insights into the situation on three different topics covering the current situation, the economic impact, and the future, and pointed out that newly published guidelines of WHO on mass gatherings, continuation of ETEP program, as well the loosening of restrictions in many countries in Europe, present big steps towards new horizons.

“We are all really excited. Pretty much everybody I’ve spoken to in the industry is extremely excited that EXIT is going ahead. I think it’s a really good moment in this awful situation that we’ve all found ourselves in. I think it’s a little beacon of light for the industry to focus on a little bit against the backdrop of, we are still in very early stages with most markets around the world easing out of lockdown and working out what the future could be, what it looks like” – said Maria May.

Secretary – General and board member of the European Festival Association Yourope, Christof Huber, said that the new recommendation of the World Health Organization which allows mass manifestations is a glimpse of hope. “New recommendations by WHO are like a glimmer of light that they see, that the live scene is important for our social feelings to get together, that it is important to have big gatherings” – explained Huber and stressed: “Good signs are ahead, we need to make sure that the audience trusts coming back and that the people can see that we can do the shows responsibly.” – explained Huber. What should never be forgotten, as Huber said, is the sustainability and value of live music.

Eurosonic Noorderslag is one of Europe’s most important showcase festivals that will definitely take place, in whatever format or form Governments and circumstances allow them to organize it. “We’ll have artists do conference items but we’re not going to make up our minds on the final format or shape until somewhere in September. Obviously, we are in a luxury position where we can see what the others are doing and how that goes, what works and what doesn’t work, and I think in this case it’s good to have a little bit more time, especially if you see how quickly things are changing at the moment.” – said head of Conference & ETEP @ ESNS / IFF Co-Founder, Ruud Berends. He revealed also that the European Talent Exchange Program, even in these difficult times, got the support to go ahead.

In previous months, the pandemic hit the event industry the hardest, bearing in mind that mass events were the first to be banned with a 100 percent drop in reve-nue.

The founder and CEO of EXIT festival Dušan Kovačević said that the invitation by the Prime Minister of Serbia to postpone the festival to August and not cancel it was unexpected news. Now the EXIT team has two months to prepare, and support and solidarity from the industry will be very important for the first events that are happening. “I think that unity is probably the biggest theme that we will cherish from this situation. I was actually very positively surprised by how all of the industry came together. In Serbia, all of the festivals are set together for the first time and now creating an organization. This is the chance for the whole event industry to show to their Governments the real importance of the industry – economical, for the mental health, different social benefits, etc.” – Kovačević concluded.

In discussing the social importance of human contact, Cindy Castillo, underlined that the music industry must advocate that “new normality”, in which people can’t be able to touch each other, should not be an option because it’s in human nature to touch each other, have a need to hug get together, exchange feelings. “We have been swallowing fear for three months. From TV, the internet, press. At the end of the day all of us, we work in music because we want to be different and it will be part of our life experience to actually go out there and normalize the situation. Not only because of our business but because music is about love, about getting together, about changing things. We need to make sure that all the fear that has been here for months disappears and that we can definitely be normal again, we will be normal again. I’m not going to live in a brutal reality Black Mirror/Matrix world.” – concluded Castillo.

One of the places in months to come, where the festival audience from all around the world will have the possibility to gather again will be the Petrovaradin Fortress from August 13 to 16., as all participants unanimously stated at the end of the panel – “See you at Exit!”

EXIT Festival is known for supporting social change since the Serbian revolution in 2000, is now presenting a series of panels under the name EXIT strategy. The international online conference will gather regional or international panelists in the field of tourism, culture, events, media, and other spheres of public life.