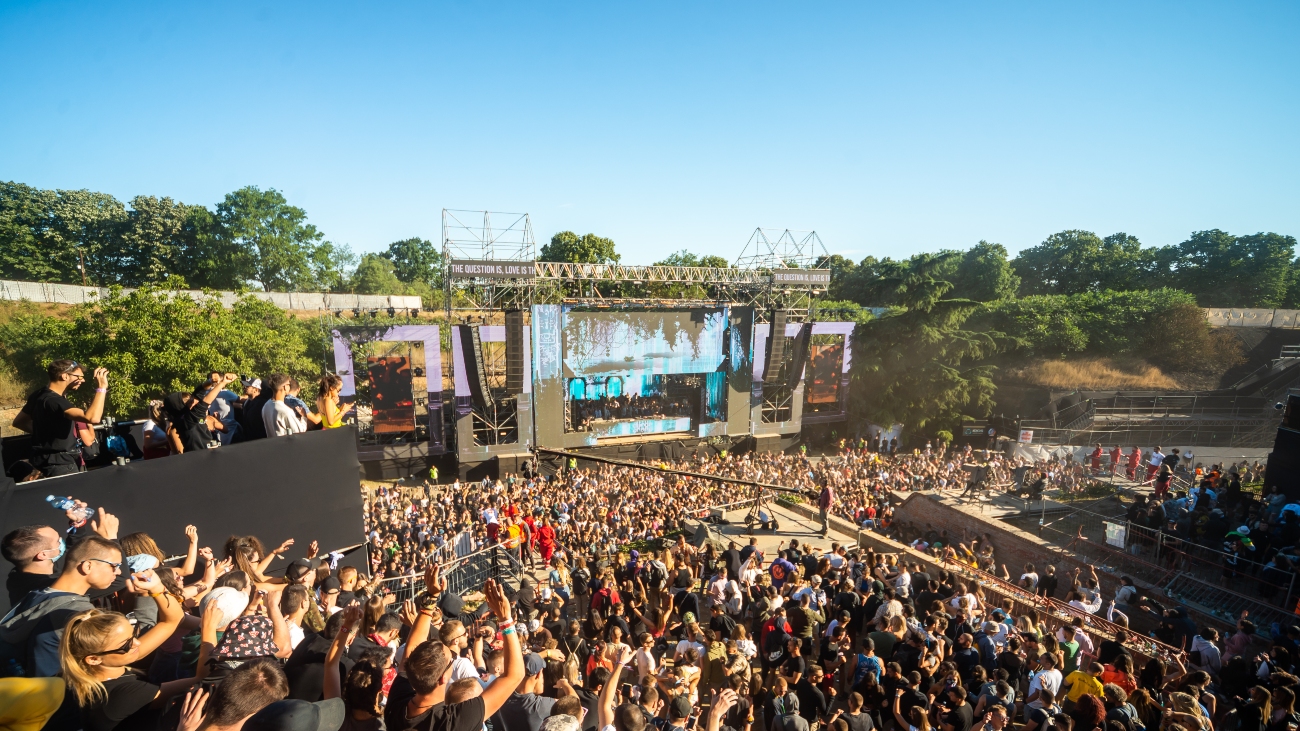 The fantastic concerts, impressive DJ sets, and unprecedented energy from both the audience and the headliners, such as the marvellous Nick Cave and Calvin Harris, raised the bar of the festival experience that visitors from over 100 countries will take home from the Petrovaradin Fortress.

EXIT has taken several steps forward regarding production and genre diversity, which was clearly visible on the festival’s biggest stages and zones. The incredible impressions that the headliners, such as Iggy Azalea, Sepultura, Boris Brejcha, and ARTBAT, shared with the fans, as well as the fact that EXIT had a Serbian headliner for the first time, Ana Đurić Konstrakta, are evidence that the previous four July nights delivered one of the most impressive editions in EXIT’s history.

EXIT 2022 began with a double opening ceremony showing two distinct sides of the festival. The opening ceremony on the Pachamama stage featuring the symbolic release of 22 doves and the unveiling of the “Yellow Submarine” art installation on the Danube clearly demonstrated the values on which the festival rests – messages of peace were sent to the world from the Petrovaradin Fortress. The other side was shown in the traditional midnight ceremony featuring fireworks on the festival’s Main Stage.

During the four festival nights, more than 200,000 members of the EXIT tribe walked and danced their way through the Petrovaradin Fortress, along with more than 1,000 artists who performed on over 40 festival stages and zones. The energy-packed Main Stage showed incredible variety, from the most intense emotions, an ode to love and tragedy brought by the one and only Nick Cave with his The Bad Seeds, to a spectacle delivered by today’s most sought-after producer and DJ Calvin Harris, fiery hip-hop diva Iggy Azalea, hitmakers Afrojack, Jax Jones, Alok, Joel Corry and the fiercest guitar sound of the Brazilian sensation Sepultura, the Finnish Blind Channel and the alternative Belarusian band Molchat Doma. All these big names were packed into four festival nights in just one place – the Main Stage – while on its fourth night, EXIT Festival delivered another historic moment – Ana Đurić Konstrakta became the first Serbian Main Stage headliner in the festival’s history. “It was cosmic fate that we would become the first local Main Stage headliner ever because we’re ‘noble’,” Konstrakta said to thousands of fans.

The temple of the highest-quality electronic music, mts Dance Arena, gathered today’s greats, such as Boris Brejcha, Stephan Bodzin, Adam Beyer, ARTBAT, Honey Dijon, Maceo Plex, Blond:Ish, Anfisa Letyago, Reinier Zonneveld, Monolink, Satori, Denis Sulta, Mathame, and they all shared energy and beats with the traditionally massive audience on this stage until the early morning hours. The Visa Fusion Stage brought, as its name suggests, a fusion of genres, generations, and performers from the country, region, and the world, including the bands Paraf, Joker Out, Brkovi, Artan Lili and Orthodox Celts but also the likes of Marky Ramone and Noisia.

The production level of the EXIT Festival has been raised to another level, with the highest-quality sound systems and over 40 stages and zones. As many as three stages have been improved compared to previous years – Gang Beats, No Sleep Novi Sad and Pachamama stage, all offer more room and higher capacity, and each one is specific in its own way.

This year’s Exit presented two special showcases – Back To The Future on the Main Stage, a concept that brought rap battles between the region’s rising rap stars and hip-hop legends, and the World Music Balkans (WOMBA) showcase on the Pachamama stage, dedicated primarily to the traditional music of the Balkans fused with popular music genres. The iconic punk band Exploited also performed as part of the Rock @ EXIT framework, shaking the Explosive stage to its core. The No Sleep Novi Sad stage turned into the dance floor of a different iconic global club each night – Berlin’s Watergate with Adana Twins and Stephan Jolk, Fabrik Madrid with Airod and Indira Paganotto, the Parisian underground club Possession with Dax J, Hector Oaks, Parfait, as well as the Life and Death showcase with Gerd Janson and Stellarcompanion.

The spiritual side of the festival was already strengthened on Wednesday at the mts Dance Arena dress rehearsal, and confirmed at the new, larger location of the Pachamama stage, with melodies of new consciousness and traditional Balkans music, along with a view of the Danube, the entire Novi Sad, the most beautiful sunsets and nights, with messages of peace, empathy, love, solidarity and togetherness placed all over the Petrovaradin Fortress.