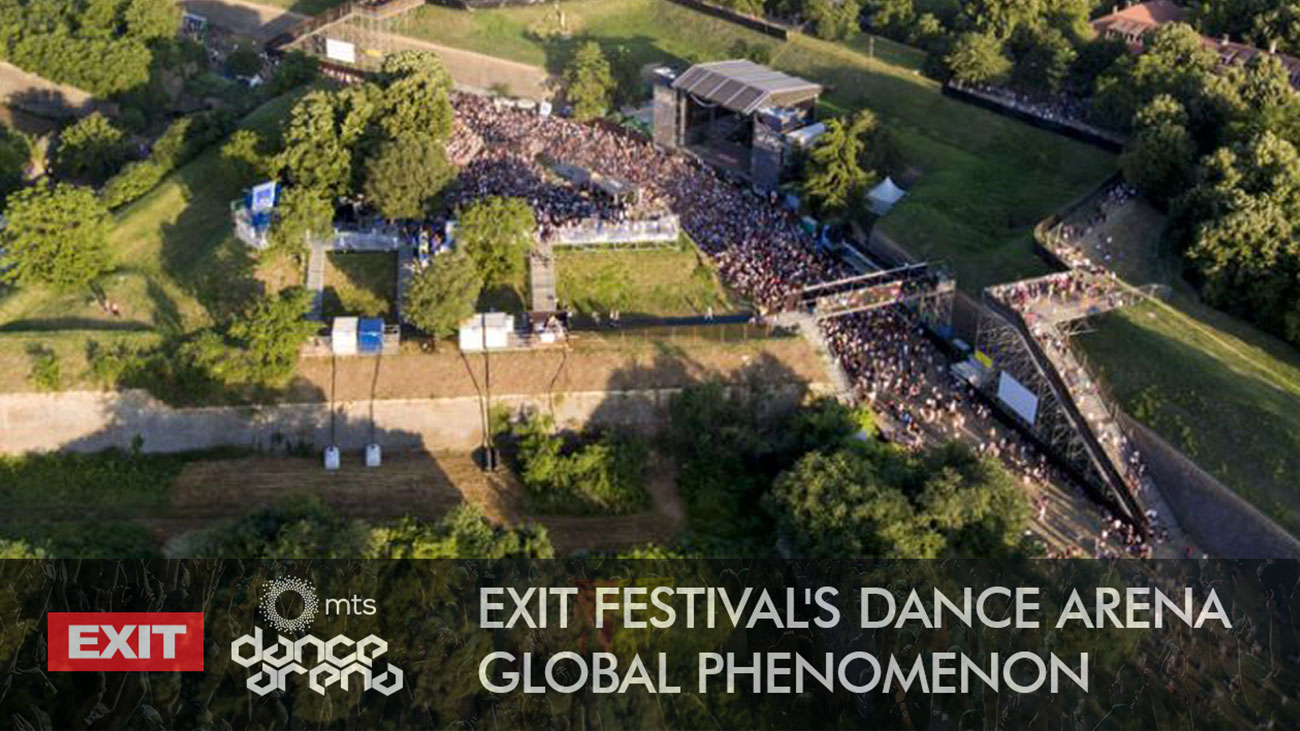 In honor of the 50th anniversary of the famous Summer of Love in 1967, which changed the world and started the music festivals as we know them today, this year’s EXIT Festival will last longer than ever, for five days and nights. Thanks to the special No Sleep line-up on Wednesday, July 5, the legendary EXIT Festival’s Dance Arena stage will take its audience through five consecutive nights and the same number of world famous sunrises in the spectacular setting of Petrovaradin Fortress. In the honor of another jubilee, the 15 years of Dance Arena, the new documentary film about its global phenomenon is now available worldwide. Take a peak behind the stage, get in the backstage action and find out how long do the preparations last for this extremely complex production in the gigantic trenches of the largest European fort of its kind. It was filmed by the VICE production in 2016, and you can hear some of the most popular DJs talk about stage fright when they enter the Arena. Film includes some of the biggest world stars sharing their experiences at EXIT such as Carl Cox, Maceo Plex, Nina Kraviz, Skrillex, Solomun, Dubfire, Jackmaster and many others. The movie also follows the fans from the UK and Belgium, along with the key people who create magic behind the scene, lauded by the global media.

Resident Advisor magazine writers have no dilemma when they call it “The best venue to host a music festival in”, and DJ Mag spared no words writing about “The grandest sights you’ll behold at any dance event anywhere in the world!”. Mixmag even admitted that “in the 15 years since it started, we don’t think we’ve found a better festival Dance Arena yet. And we’ve looked, believe it”.

In all these years, you can hardly find an internationally famous house and techno performer who did not perform at mts Dance Arena, and some of the most popular ones regularly came back to the place talked about in this movie. This year’s, extremely rich program in the Arena, an entire night longer, is headed by Jeff Mills, Paul Kalkbrenner, Solomun b2b Dixon, Duke Dumont, Nina Kraviz, Ellen Allien, Paula Temple & Rebekah, Recondite, Booka Shade, Jamie Jones, Black Coffee, Robin Schulz, Hot Since 82, Faithless DJ set, Rødhåd, Nicole Moudaber, Lag b2b UVB, Tijana T, Marko Nastić, Dejan Milićević and many others.

Arena opening on Wednesday – Free entrance with an EXIT ticket!

All those who buy our four-day, five-day or any single day ticket for this year’s EXIT will be able to visit the No Sleep Festival, held on Wednesday, July 5, at mts Dance Arena and No Sleep Novi Sad Stage. Also, all those who visit The Killers concert that night at the main stage, will have a free pass after the concert is over to visit mts Dance Arena and #NSNS which will, as always, be open from 10 pm to 8 in the morning. The entrance for both The Killers and No Sleep Festival will be the well-known main Exit entrance (Lovoturs, no. 1 on every map), but the audience will be separated at the very top into those who have The Killers concert tickets and who will go to listen to them straight to the Main Stage, and the rest who will from 10 pm be able to come and take the side road to Arena and #NSNS. For all those who are planning to come to the Arena and #NSNS on Wednesday only, single tickets are available at all Gigstix retail spots for the discount price of 990 dinars.

Sea Dance Breaks into the Finals for the Best New European Festival Title!