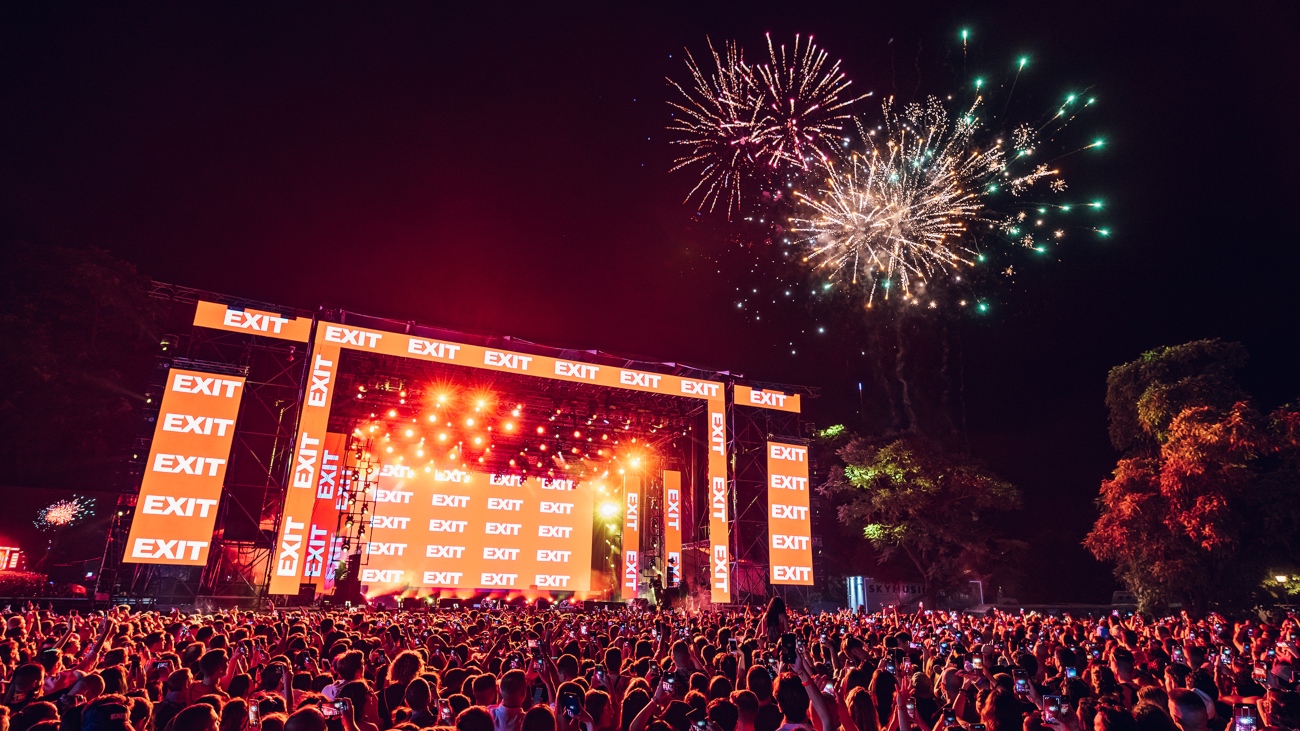 It was a fantastic first night in front of 42,000 visitors, with dominant performances by Iggy Azalea, Afrojack, Senidah, Adam Beyer, Enrico Sanguliano, and Anfisa Letyago. The show goes on tonight, with the arrival of one of the biggest names in rock’n’roll history. The great Nick Cave and The Bad Seeds will perform on the EXIT Festival Main Stage tonight. A five-year wait is finally over! The concert we’ve all been waiting for, a loud, furious, full-throttle rock spectacle for an incredibly loyal army of fans, is the central musical event of the second night at the Fortress, starting at 10 p.m. on the dot. Along with Cave, the most notable acts of tonight’s programme include Masked Wolf, Maceo Plex, Honey Dijon and Denis Sulta.

For the first time, EXIT had two opening ceremonies last night — one at 8 p.m. at the Pachamama Stage and another at midnight at the Main Stage, complete with fireworks. The event at Pachamama started with an emotional speech by Henry Ammar and was marked by a young Russian-Ukrainian couple, Marija and Ilija, kissing and releasing a symbolic 22 white doves signifying 22 years of EXIT and opening the festival with messages of peace, love and unity. All this was followed by a performance by DJ Mose, one of the biggest conscious music acts in the world, and the unveiling of the art installation “Yellow Submarine” created by the Austrian-Serbian artist Igor Fridrih Petković, from Graz, in collaboration with the EXIT Foundation. He transformed the static columns of the old, demolished railway bridge on the Danube, underneath the Petrovaradin Fortress, into the submarine from the legendary Beatles comic book and movie, creating a far-reaching sign of peace. Thus, using a conceptual time machine, the artist connected the Beatles’ artistic cry for peace in Vietnam with the desire of today’s “EXIT” generation for peace in Ukraine and the reconciliation between the peoples of Ukraine and Russia.

The opening day of EXIT, in front of 42,000 people, was marked by performances from the hip hop superstar Iggy Azalea, whose show came right after the midnight opening ceremony, but also one of the most famous DJs in the world, Afrojack, whose performance had the Main Stage packed with fans accompanying the hits with dancing, hype, and an overall excellent festival mood. After her performance, the mega-popular Australian hip-hop star was enthusiastic about the audience, saying, “Wow! That’s some energy!“ Jax Jones also performed on the Main Stage, saying that he was overjoyed and honoured to come to EXIT for the second time and that the large crowd reciprocated the energy he tried to put out – “It was perfect harmony”, he said after his performance.

The festival’s first night brought to the Main Stage an inspired performance by the widely-adored Senidah and the premiere edition of the Back to the Future concept – a two-hour showcase fusing the old-school sound of the region’s hip-hop veterans with the new, unstoppable trap wave. The audience’s reaction promises a bright future for this type of project.

One of the biggest festival dance floors in the world, the mts Dance Arena, had its first night defined by B2B performances from Adam Beyer and Enrico Sangiuliano, ANNA and Sama’ Abdulhadi, as well as Eli Brown and Ilija Đoković, sets by techno stars in the making Anfisa Letyago and Human Riasa, but also a live performance by Reinier Zonneveld, who called EXIT one of the best festivals in the world!

The Main Stage on the second day at the fortress will welcome Nick Cave and Masked Wolf, as well as Molchat Doma and Shouse, while the nearby mts Dance Arena will feature the trio Maceo Plex – Honey Dijon – Denis Sulta, as well as the great Brina Knauss. Fans will get to hear various musical genres on the Visa Fusion Stage, from hip-hop to trap and electro-pop, with performances by Prti Bee Gee, Smoke Mardeljano, Marčelo, Bojana Vunturišević, Pocket Palma and a special Bassivity showcase. The Explosive stage continues to roar with headliners The Exploited, Misconduct and Discharge. An oasis of alternative electronica, the beloved upgraded No Sleep Novi Sad Stage in its new, larger location will rave with the Parisian underground Possession line-up and major names such as Dax J, Hector Oaks, Parfait and Cera Chin. Trap heaven, the Gang Beats stage, brings more than ten artists, including Crni Cerak & Lacku.

Tickets are available at the festival gates, on the festival website, at physical sales locations and online on the Gigs Tix website.