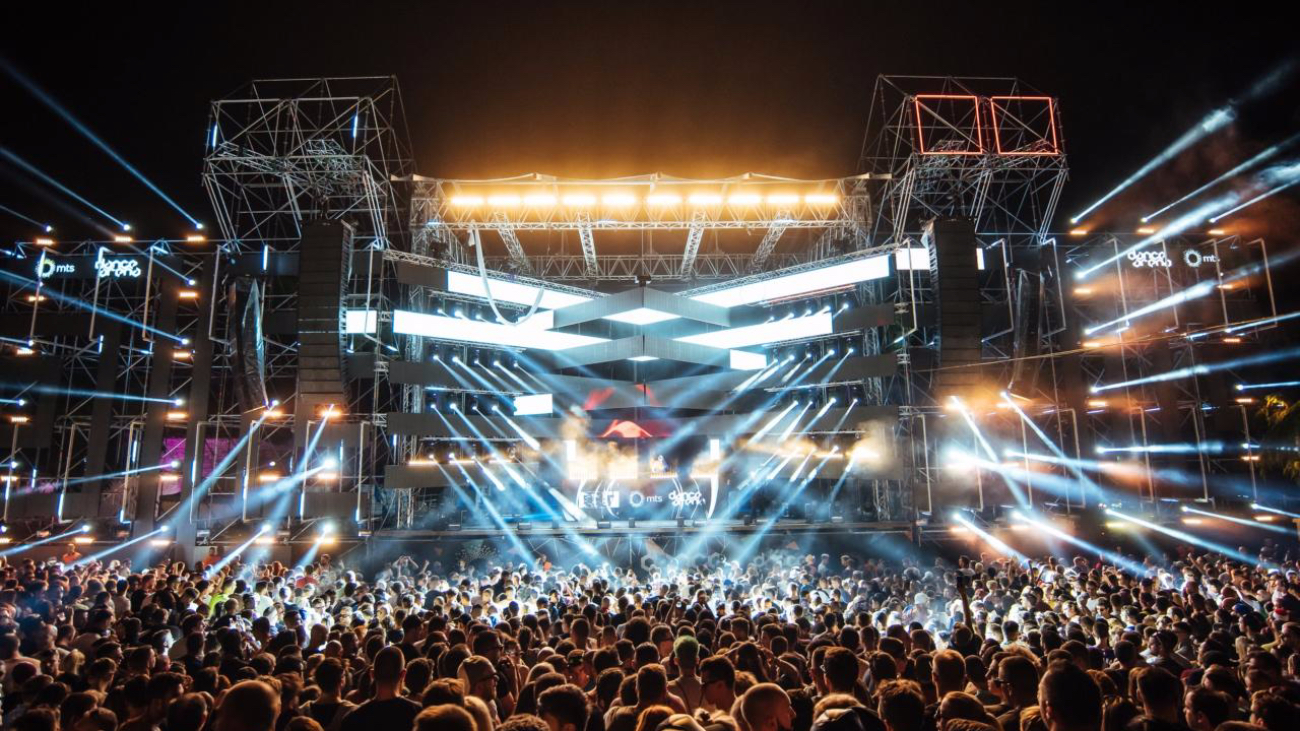 After EXIT’s No Sleep music platform visited the leading clubs of the world in London, New York, Barcelona, Rome, Brussels and other capitals last year, the Best Major European festival is arriving next week to the famous Amsterdam Dance Event to present some of the best DJ talent from the region in front of the most important representatives of the music industry! The popular ADE, both a festival and a conference, represents the most important industry event, gathering all the leading and upcoming DJs, producers, publishers, agents, festival bookers, production houses and other members of the global electronic scene. This is a gathering which proved to be a springboard to the top for many artists.

On Friday, October 19th, from 5 PM to 11 PM, EXIT is preparing a regional music „showcase“ at the most exclusive location for the duration of ADE, at the sensational club and hotel The Crane Feralda, which is located in the gigantic old crane in the former Amsterdam harbor and today’s creative district of NDSM. At this event, which will be broadcast live in cooperation with the global streaming platform Be-at.tv, EXIT is going to present some of the most renowned regional performers, such as Marko Nastić, Ilija DJoković, Mladen Tomić b2b Siniša Tamamović, DJ Jock and Nevena Jeremić! Special guest in this lineup will be the Parisian on the rise and resident of the famous Rex club – ONYVAA! This will be a part of the complete ADE 2018 program, which will see the performances of Solomun, Maceo Plex, Richie Hawtin, Alan Walker, Nina Kraviz, Hot Since 82, Adam Beyer and many other names from the very top of the electronic scene.

With only three suites in the massive harbor crane, the hotel is a favorite among royal families, VIPs and DJ stars such as Skrillex, and the unique atmosphere is emphasized by a spa pool on top deck of the crane, overlooking the entire city of Amsterdam. Before Exit, the same location will host the after-party of the Diynamic, the famous publishing house, led by an even more famous DJ and producer hailing from the Balkans, Mladen Solomun!

The Crane Feralda enters the long list of partner clubs cooperating with EXIT, whether as guests at the Petrovaradin Fortress or by EXIT holding promo parties at their locations. This impressive list contains cult clubs such as fabric of London, Tresor of Berlin, Rex and Concrete of Paris, Fuse of Brussels, Sub Club of Glasgow, Nitsa from Barcelona, Grelle Forelle from Vienna, Corsica Studios of London, Arma17 of Moscow, Goa of Rome, The Bunker of New York, Salon des Amateurs of Dusseldorf, and Belgrade’s Drugstore, 20/44 and Tunnel.

First performers soon to be announced for EXIT Tribe 2019!

This year’s, 18th Exit festival, was visited by 200,000 people over the course of four days and nights. The title of the Best Major Festival of Europe (many say even the world) was celebrated appropriately, and the daily record of visitors was matched at 55,000. The next edition of EXIT Festival will be held from July 4th to July 7th at the Petrovaradin Fortress in Novi Sad, with a new headliner announcement for 2019 coming soon!