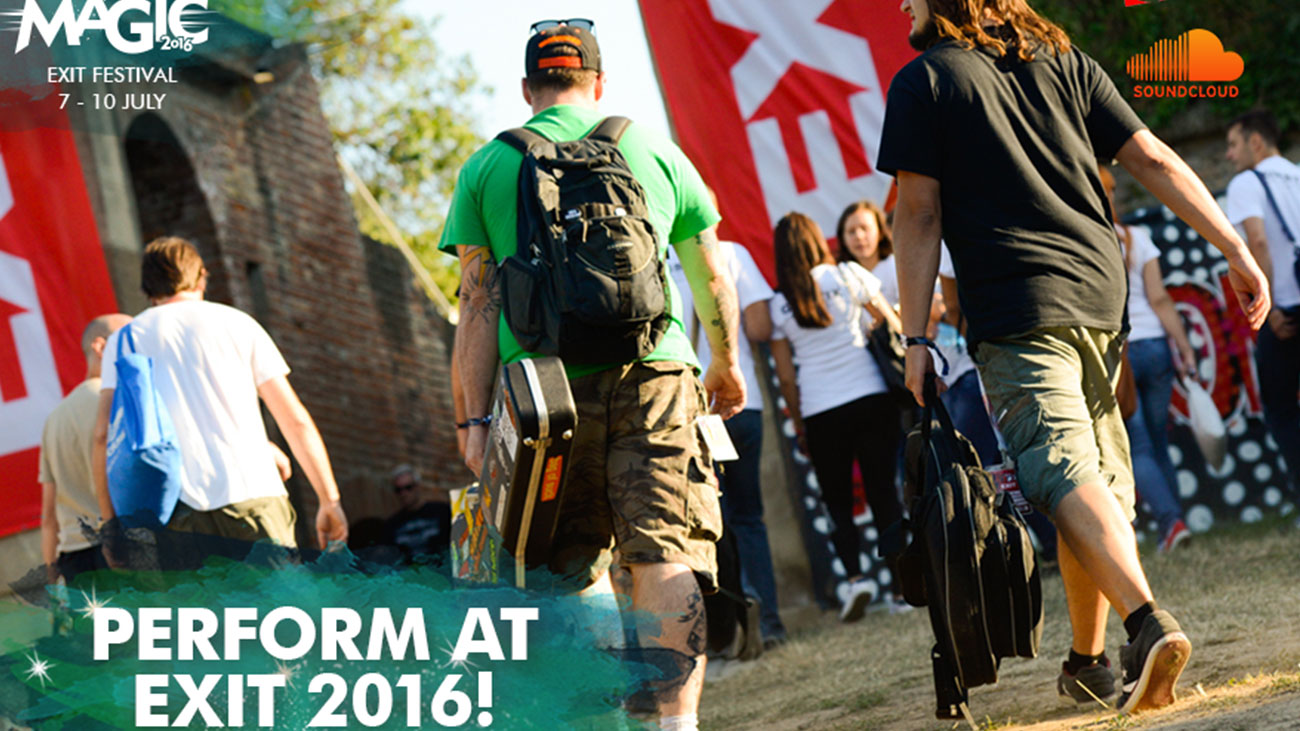 As in previous years, EXIT Festival and the Student’s Cultural Center of Novi Sad have started a competition that provides an opportunity for young musicians to perform on the leading festival stages on Petrovaradin Fortress from 7 to 10 July. During previous years, this competition attracted close to 5,000 performers, while just last year, from 411 applied performers coming from 31 countries, a record-breaking 43 performers were chosen, and the two competition winners performed no less than on Exit’s Main Stage! This year, EXIT opens its doors to 30 of the best bands and artists from all over the world! Bands, DJs, and all other musicians can apply online today at Exitmusic.rs. The competition will stay open until Wednesday, 11 May, the last day to fill out the applications and enter the competition.

All interested artists who wish to participate on the competition need to open an account, upload at least two tracks or DJ mixes via the world’s premier streaming service SoundCloud, provide a short biography, artist photo, and include their respected genre into their application on Exitmusic.rs. All artists who already have accounts opened on this website, just need to click on the application for 2016, on their profile page.

The panel of selection judges will this year include renowned music journalist from RTS and author of TV show “Bunt”, Branka Glavonjić, MTV Adria’s music editor and founder of “Lampshade Media” record label, Nikola Jovanović, co-founder of “Koncert godine” and chief music editor of Radio Novi Sad, Obrad Boba Škrbić, music journalist from RTV and the show “Gruvanje”, Dušan Majkić, and the program editor of the Student Cultural Center Novi Sad, Igor “Zgro” Todorović. The judges’ panel will also include journalists from O Radio, Alma Kovčić and Daško Milinović, as well as editor-in-chief of Nocturne Magazine, Marko Ristić, while the votes from the program production crew of Exit Festival will be cast by Konstantin Polzović and Milan Rakić. The audience will also have a chance to participate, casting their vote by giving their support on Facebook, Twitter and SoundCloud, which may give their favorite artist a greater chance of performing on Exit.

The biggest number of artists will perform on the Future Shock Stage, while some will be given a chance to perform on stages such as Fusion, Explosive, No Sleep Novi Sad, Urban Bug, Gaia eXperiment Trance Stage.

Exit is the best European festival for 2016!