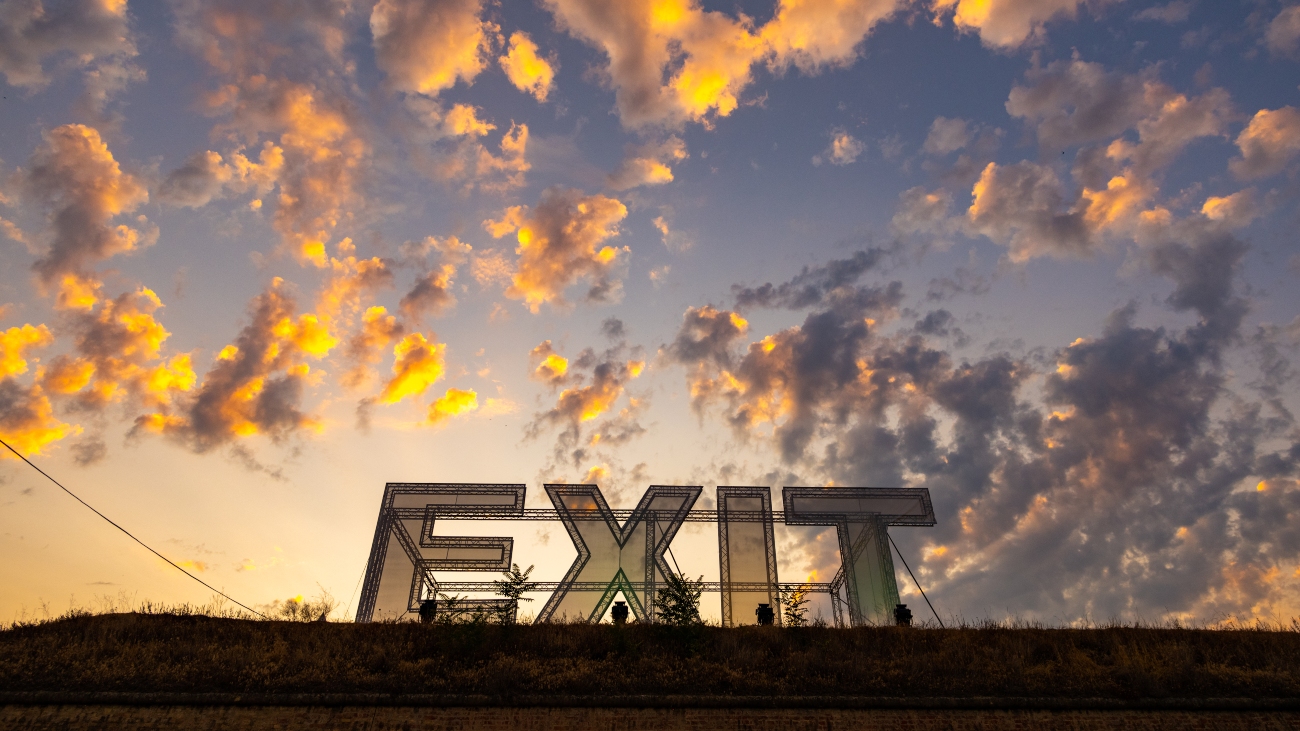 The Zero edition and the first years after the founding of Exit were vital in forming the festival’s identity. Created primarily as a student movement, EXIT has gone beyond a music event from the very beginning, becoming the voice of young people and generations eager for change. From 2000 to 2005, visitors could hear some of the most influential artists of the period perform live for the first time, including Moloko, Massive Attack, Cypress Hill and The White Stripes.

EXIT 00 – Zero Edition of the Festival

There is enough in the first two years of the festival alone to write a book. Founded as a student movement in the fight for democracy and freedom in Serbia and the region, the Zero Edition of EXIT was held in 2000 on several stages set up in the University Park in Novi Sad. The festival lasted for almost 100 days and was visited by more than 200,000 people. It ended a few days before the Yugoslav presidential elections on 24th September, which was the first step towards overthrowing the regime of Slobodan Milošević on 5th October of the same year. 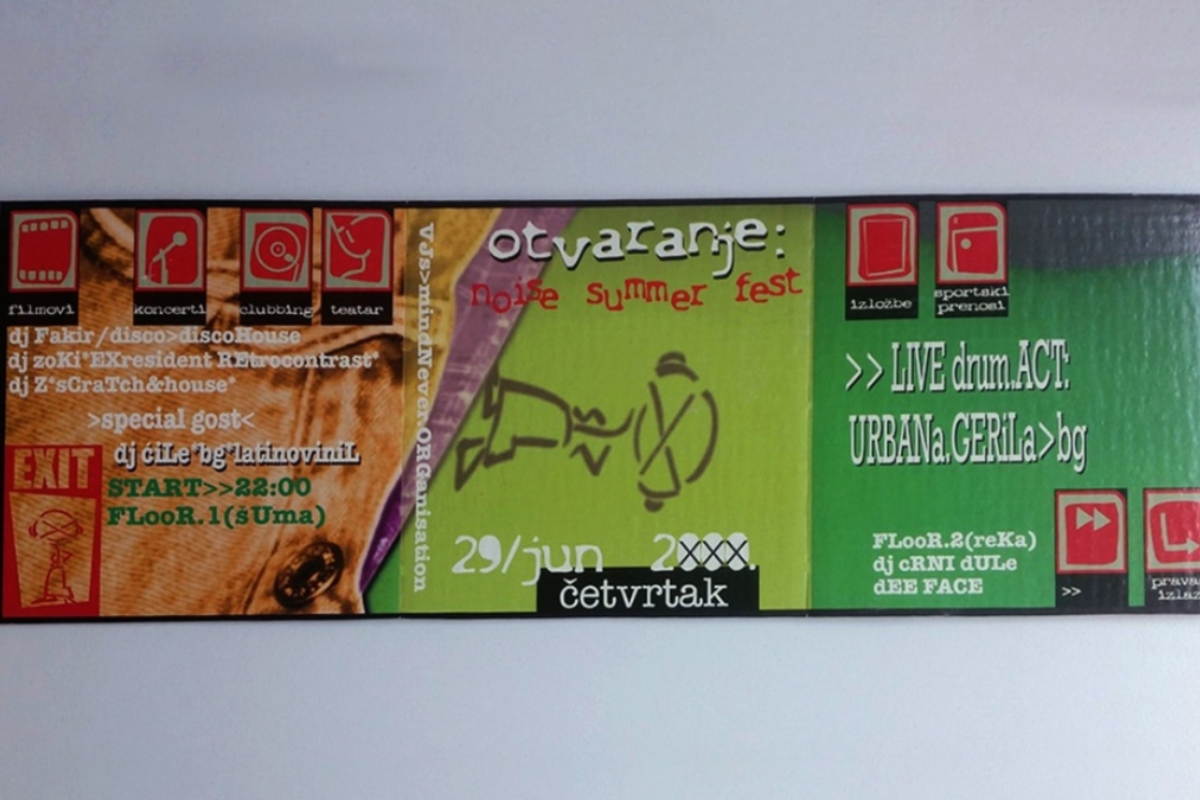 The name EXIT remained as a legacy of the slogan “Exit the Decade of Madness” and a reminder of the power of young people wanting to change the world for the better after the wars in Yugoslavia and general isolation from the entire world.

Although it ran under the slogan Noise Summer Fest, EXIT was much more than a music festival from the beginning — it was what it remains to be — a movement, a symbol of progress, and a catalyst of change in society. 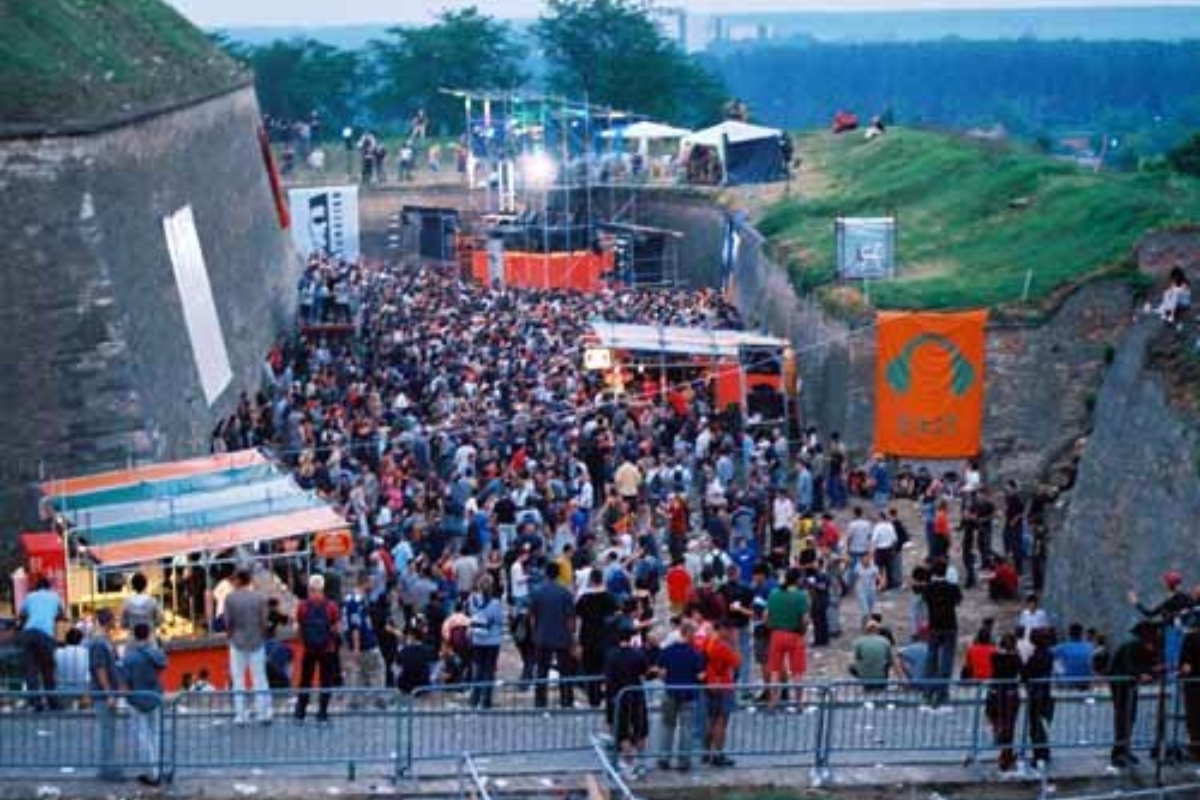 The great significance of EXIT 2001 is that it was the first mass event that, after the war, gathered over 150,000 young people from the region in one place. Thus, it went down in history as a symbol of reconciliation in the area. The flag of Ex-Yugoslavia, a symbol of the former unity of the six regional states, was one of the most common sights on the Main Stage. The festival lasted for nine days and got its permanent home — the beautiful Petrovaradin Fortress.

EXIT 02 – Serbia, Are You Ready for the Future?

EXIT 2002 was held under the slogan “Serbia, Are You Ready for the Future?”, a historic sentence that Roni Size, the headliner and one of the first foreign performers at the festival, said at the Main Stage a year prior. With this motto, EXIT set itself up to become one of the leading European festivals, making Novi Sad an annual epicentre of togetherness and positive energy. Aside from concerts, the program included numerous film screenings and theatre performances. 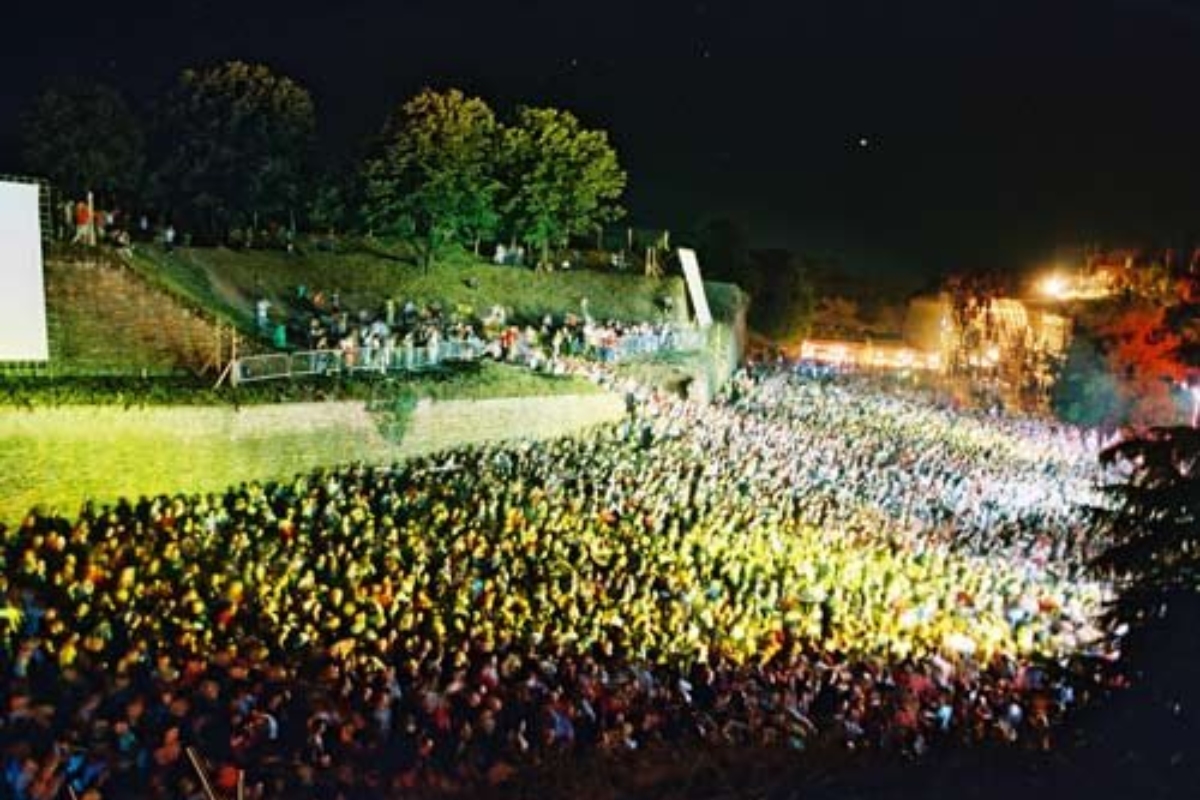 It was Roni Size, the author of probably the most well-known quote in EXIT’s history, who “returned to the future” to celebrate two decades of the festival’s existence with this year’s performance on the Main Stage.

In 2003, EXIT was shortened to four days with a densely packed programme. The festival’s theme was State of EXIT, representing the idea of a supranational Exit state – a state for those committed to tolerance and environmental protection and those who want to make the world around them a more beautiful place. 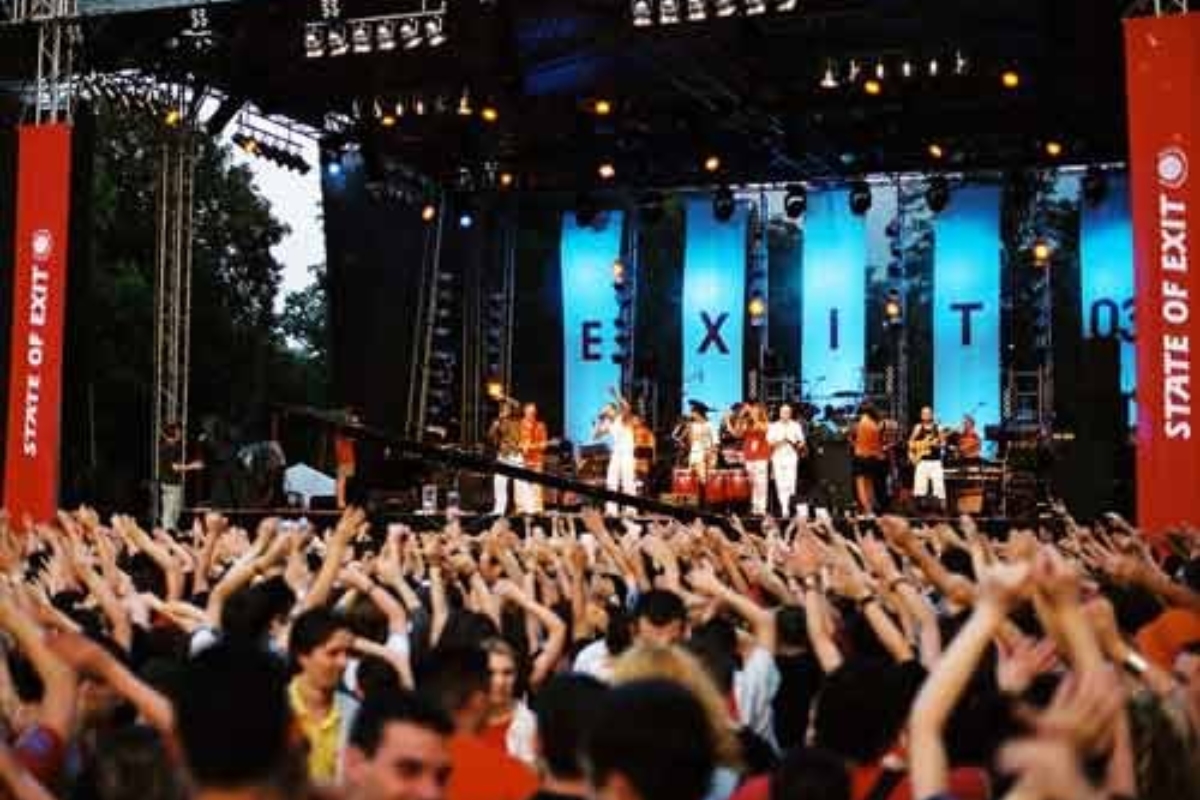 The State of EXIT brought young people a state without hatred and wars, with love and mutual respect, a community that transcends imaginary geographical boundaries. The music programme was marked by Moloko, Stereo MC’s, Rollins Band and many others.

The flagship campaign of the fourth edition of EXIT was entitled “Stop human trafficking.” This important initiative was supported by the European MTV Foundation, which launched the MTV EXIT campaign at the festival, and made a documentary about Novi Sad and EXIT. 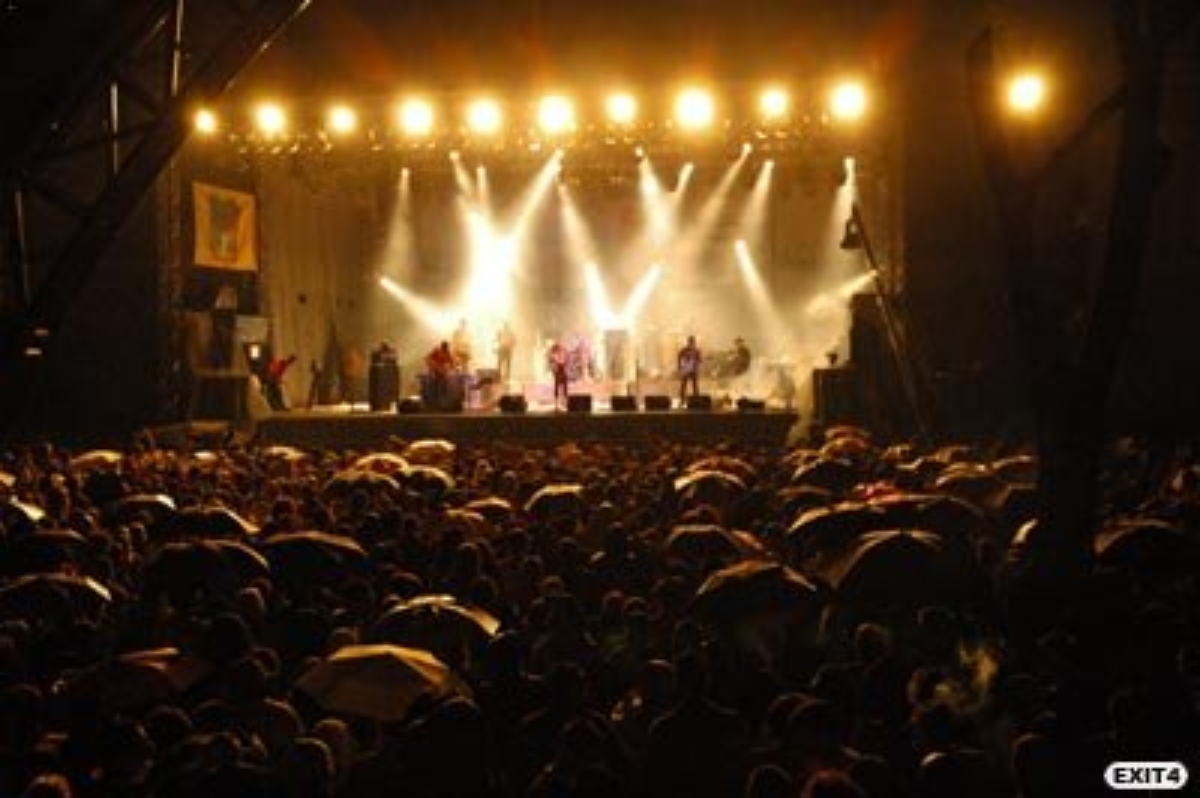 The cult Balkan Fusion Stage was introduced in the same year, bringing together performers from the region, and EXIT got its rightful place on the festival world map, with positive reviews from leading global magazines like NME and Mojo. The headliners included the pioneers of the trip-hop genre Massive Attack and the Californian hip-hop band Cypress Hill. EXIT 04 will also be remembered for the performance of the cult Novi Sad rock band Luna, who got back together for the occasion after more than a decade’s hiatus.

The leading campaigns of the fifth edition of the festival were Role Model, promoting different role models for young people and providing examples of good practice in the fields of ecology and entrepreneurship, Piti ili biti (to Drink or to Be), with the aim of raising the youth’s traffic safety awareness, and Job Fair — a youth employment expo. 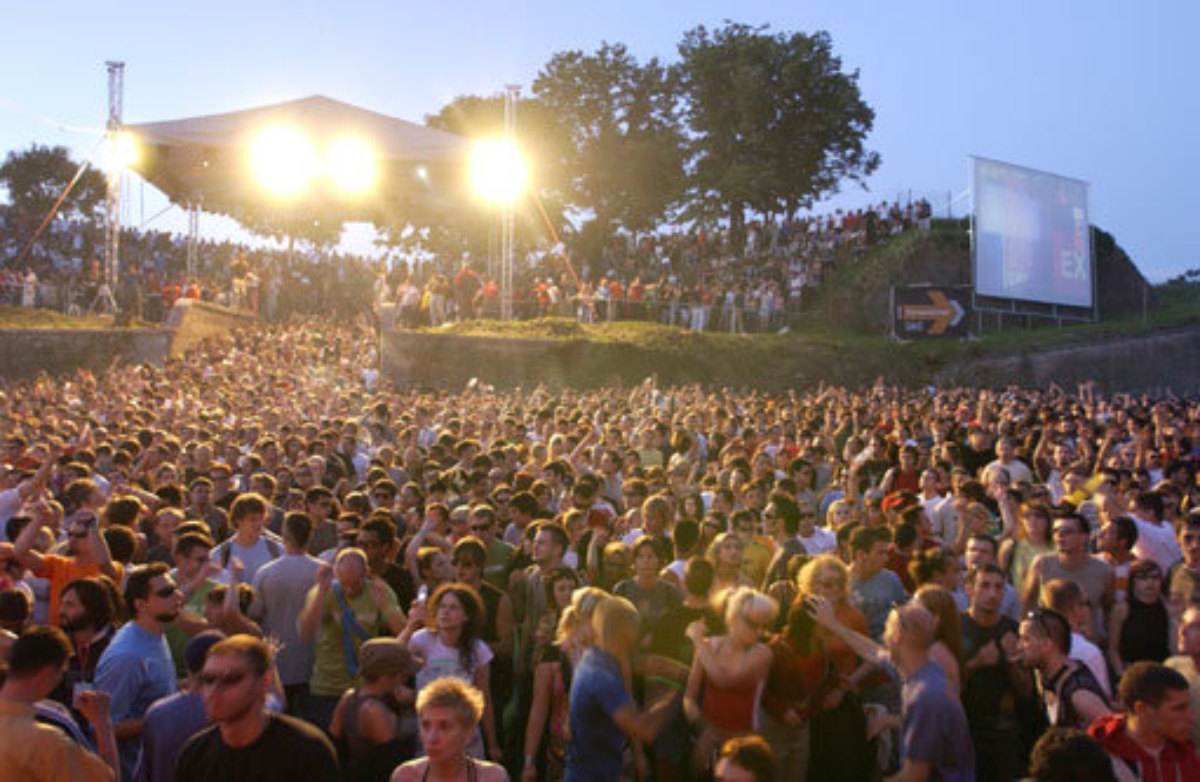 This edition was marked by performances from The White Stripes, Slayer, and Apocalyptica, as well as DJ sets brought by Carl Cox, Fatboy Slim and Felix da Housecat. EXIT 2005 was covered live by the prestigious BBC Radio 1, and MTV visited the festival for the second time.

We started the journey through our twenty-year-long timeline with the very roots of the festival, and the series „EXIT Through the Years“ will be published in sequels once a week.

Continue reading about EXIT journey through the years 2006-2010 here.