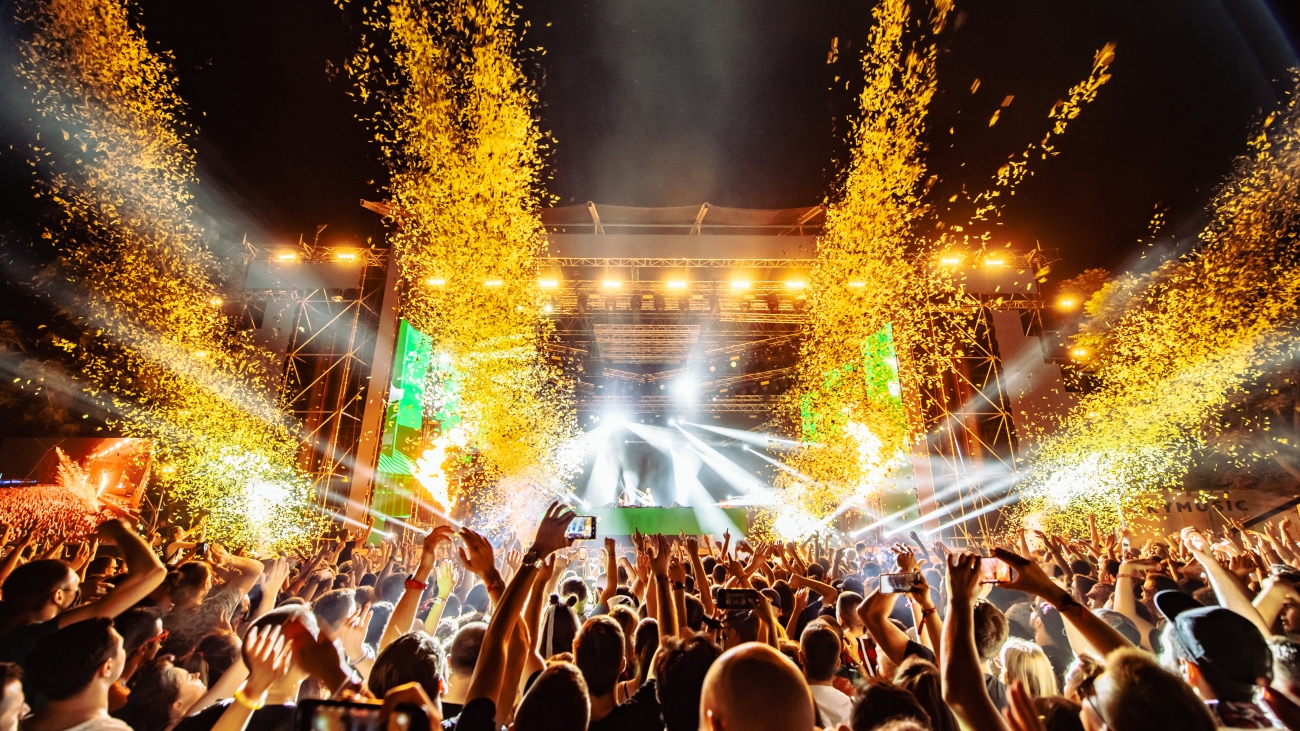 So far, we have covered everything that the festival has built in the first 15 years of its existence — about social activism, EXIT as a movement and the place where music history was written. The last five years have provided a unique overview and testimony of all that the festival is, but also brought new challenges that have gripped EXIT, the festival industry, and the whole world.

The festival’s 2016 edition was called EXIT Magic, reflecting the energy that visitors bring, the magical atmosphere at the Petrovaradin Fortress, all that is present in the Novi Sad air before and during the four days of the festival, year after year. As a social movement, EXIT continued its efforts to present Serbia and the region in a better light. At the initiative of the festival’s team, an informal group of prominent artists and public figures from the region sent to the public an open letter from the “Silent Balkan Majority,” calling for opposition to growing national tensions in the region. A team of magical EXIT people resolutely joined the organization of Novi Sad’s candidacy for the title of European Capital of Culture, and a few months later, in October 2016, the city was declared the European Capital of Culture for 2021.

The headliners of this edition of the festival included The Prodigy, Ellie Goulding, Wiz Khalifa and Gramatik, but also Nina Kraviz, Solomun, Wilkinson and Marco Carola.

Summer of Love 2017 included four festivals in four different countries – Sea Star in Croatia, Revolution in Romania, EXIT in Novi Sad, and Sea Dance in Montenegro. The idea behind this edition was the fiftieth anniversary of “Summer of Love 1967,” which marked the emergence of the revolutionary hippie movement that changed the world forever, fighting for peace, freedom of speech, human rights, and social, racial, and gender equality. As a festival that arose from the struggle for social change, EXIT once again reminded the world of the basic ideas of the first major music festivals such as Woodstock, Monterey and others and conveyed the messages of the iconic movement. This year’s edition reclaimed the title of “Best Major European Festival.”

The Summer of Love was joined by Rag’n’Bone Man, Faithless, Hot Since 82, Jason Derulo, Years & Years, who celebrated peace, love, and freedom along with 215,000 visitors.

As a reminder of the fact that freedom is a process, not a destination, but also as a global call for liberation from slavery to materialism, the eighteenth edition of the festival was called EXIT Freedom. In the same year the festival received its Bosnia and Herzegovina edition, called Festival 84. Another festival created by EXIT arrived in the Serbian capital that year — the first No Sleep was held at numerous famous locations throughout Belgrade, including Hangar, as well as Drugstore, 20/44, and DOT.

The inspiration for the festival came from the cult No Sleep Novi Sad stage. No Sleep once again confirmed the quality of the entire festival family, winning the Best New Festival in Europe Award in January 2020.

EXIT’s Freedom edition is also significant in that the Observatory at the Petrovaradin Fortress was renovated and opened at the initiative of the Foundation. Panel discussions “DANAS – Magic of Dialogue” were also held at the festival, dealing with youth employment and freedom of the press in the region.

The primary goal of the 2019 festival was to invite its visitors, influential individuals from all over the world, but also artists, athletes and other public figures to unite behind the same goal — to save the planet and life on it. This venture was named EXIT Tribe. The #ShareLove regional campaign was also launched, using the power of the internet and social networks to spread messages calling for tolerance, love and respect among the people in the region. This festival edition was also marked by an art installation by the Japanese-American multimedia artist Yoko Ono. The “One Day…” monument is dedicated to First World Peace, and its appearance is inspired by the traditional Serbian ship, the “Chaika.”

The year EXIT was supposed to celebrate 20 years since its inception turned out to be the most difficult one ever seen by the music industry and the entire modern world. But, even in 2020, EXIT found a way to bring a glimmer of hope to the global music industry, with a noble goal. In partnership with the United Nations World Food Program, the Life Stream project was launched. The two organisations worked together to help millions of people around the planet who have come to the brink of extreme starvation due to the pandemic but also to highlight critical environmental issues. In fact, when the platform was first established, there was no sign of the impending pandemic.

The festival was held in a significantly reduced capacity at the Petrovaradin Fortress and presented to audiences worldwide via an eight-day livestream. Thus, in addition to broadcasting performances from global headliners, EXIT also provided a live festival experience to a part of the audience in 2020.

The audience was introduced to Charlotte de Witte, Carl Cox, Paul Van Dyk, Black Coffee, Nina Kraviz and many others.

EXIT 2.0 – Celebrate Life and Two Decades of the Festival

The following pandemic year was equally challenging for the music industry, but EXIT’s team managed to organise as many as four festivals in three countries. The 2021 edition was marked by a great celebration of two decades of the festival’s existence, with the slogan “Celebrate Life,” but also by the carefully designed COVID entry protocol, without which the festival could not have been held. EXIT 2.0 marked the beginning of a new era and brought everything that performers, audiences, and the entire music industry around the world were deprived of for almost two years — the long-awaited festival summer. They all gathered at the Petrovaradin Fortress to dance again under the open sky, showing the whole world the power of unity, life, adventure, freedom and love.

Reputable global media recognised the importance of these moments, starting with Billboard, which proclaimed that EXIT “went down in history as the first major European festival since the beginning of the pandemic,” through Pollstar’s statement that EXIT “achieved something revolutionary” in 2021, to the fact that the festival was presented live on BBC World News as “the first major international music festival in 2021.”

The performers were equally impressed because many, like David Guetta, Paul Kalkbrenner, Charlotte de Witte, Nina Kraviz, and Solomun, had not performed in front of a large number of people for a long time. More than 180,000 people from over 70 countries passed through the festival gates.

EXIT even launched two new festivals in this challenging year — Sunland in Bulgaria and the first festival of awareness and intimacy in the region — Ada Divine Awakening in Montenegro.

The notable social campaign in 2021 concerned the vaccination of young people. Together with other festivals in Serbia, EXIT launched the “No longer” campaign, which played a significant role in increasing the vaccination rate and returning to normal life.

This year’s, in every sense, celebratory edition of the festival was joined by David Guetta, Paul Kalkbrenner, Charlotte de Witte, Amelie Lens, Sabaton, Roni Size, Laibach, Asaf Avidan. As an emotional reminder of the togetherness that EXIT’s audience showed this year as well, the official aftermovie was released, announcing the launch of the EXIT 2022 campaign.

This week, in the final edition of EXIT Through the Years, we looked back to the recent past, which is in many ways already profoundly engraved in the history of the music and festival industry. Over the past two years, we have witnessed various restrictions, followed by a release. Overwhelmed with emotions, we left the summer behind and started a new era. The EXIT Through the Years series helps us remember the values that remain a constant — EXIT activism, freedom, peace, love and music — which we will use in the coming decades to make the world a better place together.