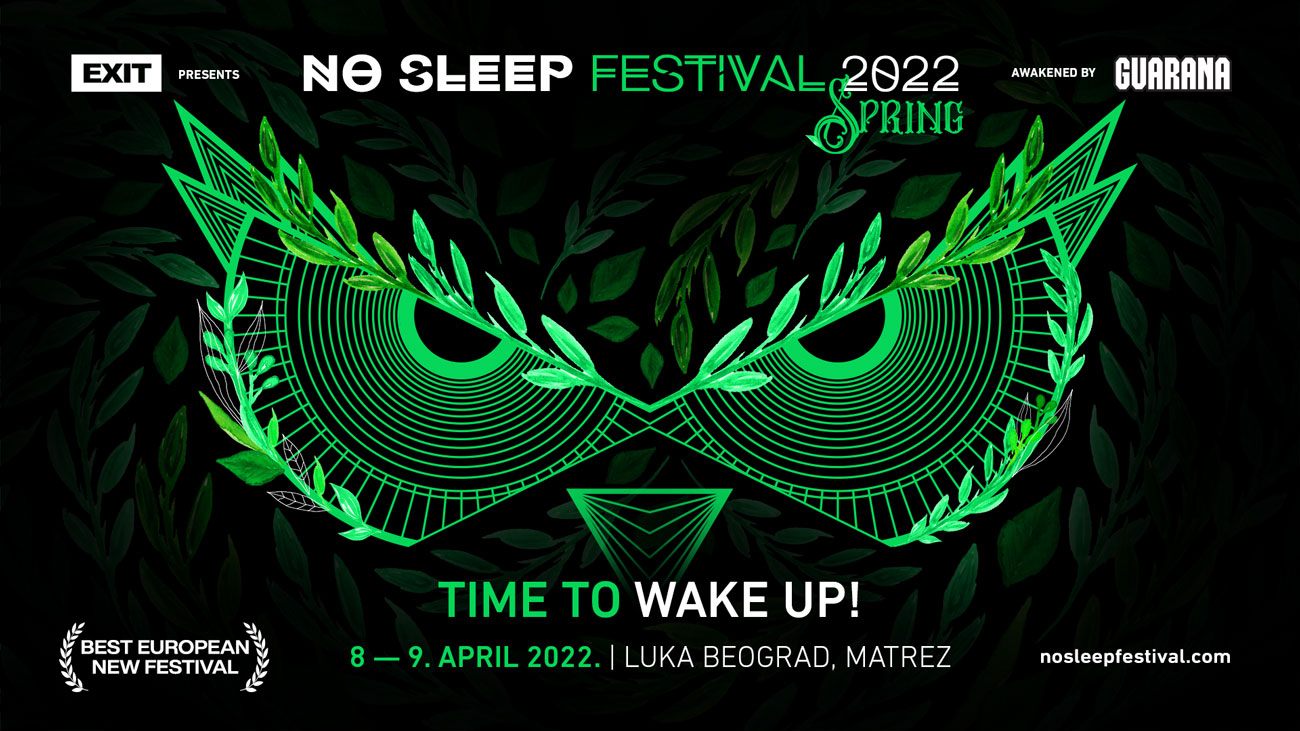 This festival, produced by the EXIT team, with the support of the iconic local brand Guarana, won its “festival Oscar” at the beginning of 2020 at the prestigious European Festival Awards. However, due to the pandemic, hasn’t had the opportunity to celebrate its success. That is why next year, in addition to the regular date in November, there will be an additional celebratory edition on 8th and 9th April 2022. The location remains the Port of Belgrade, but this time, it is the new, even more enormous, and more spectacular Matrez hangar, whose brutalist architecture will take your breath away at first sight!

After a four-year break, we’ll see the return of the undisputed legend Nina Kraviz, whose performance at this year’s EXIT was, in the opinion of many, one of the best in the world in the entire year! She is accompanied by one of the world’s most respected DJs, a living techno icon, Russian-American DJ – Zak Khutoretsky, also known as DVS1! This will mark his return to the Serbian capital after seven years, while it is simply unbelievable that the legend of Detroit techno DJ Bone will perform in Serbia for the first time, at the spring edition of No Sleep Festival 2022!

Nina Kraviz is currently at the peak of her illustrious career. In addition to being one of the world’s most sought-after electronic music performers for years, her new pop singles are haunting American radio stations, and the songs “Skyscrapers” and “This Time” have been remixed by many of her colleagues this summer, including Solomun! She has headlined the world’s leading festivals, such as Coachella, Primavera, Ultra, Awakenings, Time Warp, and Sonar. She has also performed at EXIT’s mts Dance Arena four times, becoming the first performer to have their name chanted by the audience. Her record label is working overtime, and the techno-trance anthem “Lolytrance,” signed by Antigone, is considered by many to be the track of the year! While we wait for the new single and the upcoming album, we can “meet” Nina in the super-popular game Cyberpunk 2077.

DVS1 participated in creating the American rave scene in the ’90s, and today, he is one of the world’s most recognized DJs and a resident at the iconic club Bassiani. He is known for the Wall of Sound parties, which he has organized in Rotterdam since 2015. He has also headlined major world festivals such as Decibel and Dekmantel and played with techno pioneers such as Jeff Mills and Robert Hood, while greats like Ben Klock and Derrick May have long classified his production as the future of Midwestern techno. He is proud of his vinyl collection — a fascinating stack of 30,000 records (!) and the MONOM project, focusing on spatial sound planning.

DJ Bone is one of the most highly respected techno representatives of the Detroit scene, but he also has an unmistakable sense for modern sound. Untouchable at the decks, he has performed with all other Detroit greats, from Juan Atkins to Kevin Saunderson. His passion for music, unique style, and unrivalled skill have positioned him among techno greats like Jeff Mills, DVS1, Ben Sims, and Dave Clark. He has also inspired a younger generation of DJs, including Ben Klock and Ben UFO. Aside from performing at prestigious DJ festivals, such as Dekmantel, Movement, or Freerotation, DJ Bone is launching his Further parties at the cult Amsterdam club Radion, where one of his first guests will be another techno icon — Laurent Garnier.

All tickets info, including info on preliminary early bird price is available here.

Aside from the award-winning festival, the No Sleep platform has its own iconic stage at EXIT, which it has used to build an enviable reputation on the world electronic music scene over the past six years, collaborating with leading global clubs such as fabric, Tresor, Fuse, Rex, Concrete, Goa Rome, Sub Club, Bassiani, The Bunker New York, D-Edge Sao Paulo, having numerous No Sleep parties in world capitals such as London, New York, Rome, Sao Paulo, Barcelona, Brussels, and others.