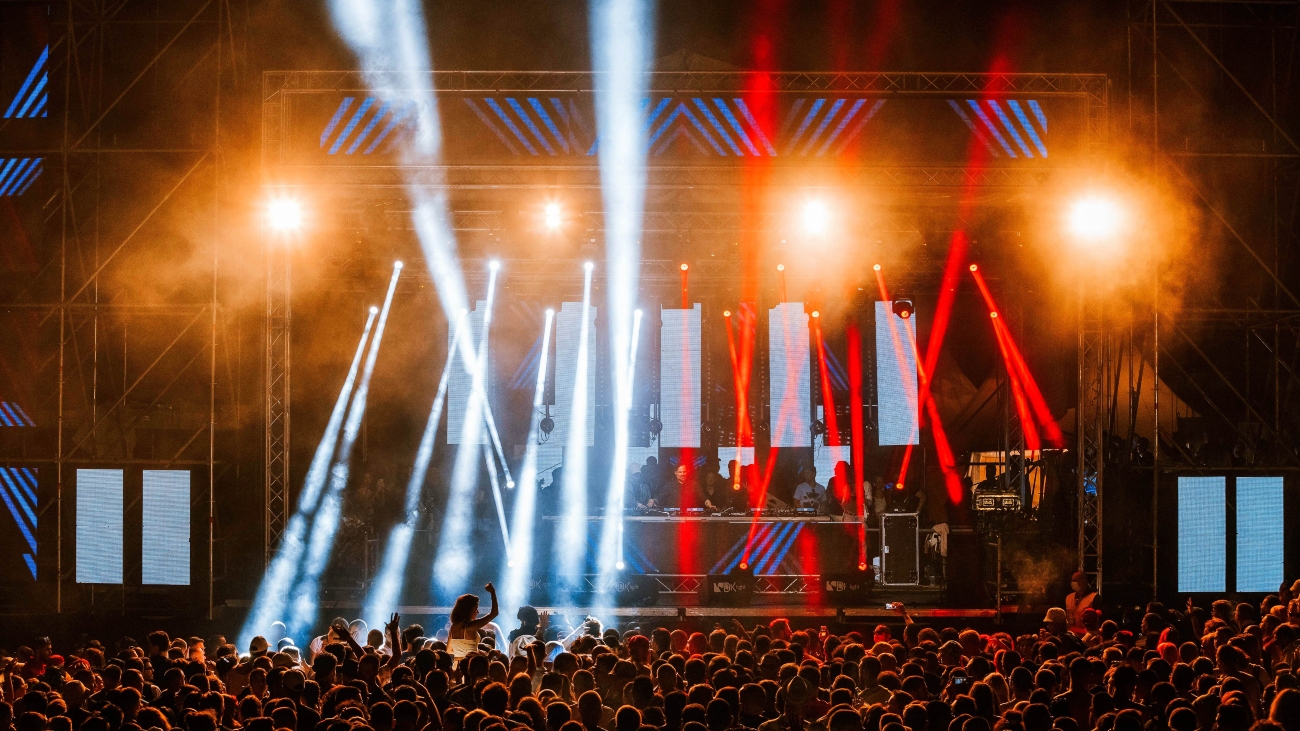 Shouse, Mahmut Orhan, Dubioza Kolektiv, Konstrakta, Senidah, Mimi Mercedez, Who See, Crni Cerak, Tam, Micka Lifa, Kejt, Da Wreck have prepared hits that Sea Dancers have been singing in unison this summer and in years past. At the same time, Nina Kraviz, Anfisa Letyago, Mind Against, Coeus, Human Rias, Ilija Djokovic, Marko Nastić and many others will bring club anthems and reasons to party until the early morning hours! The timeless hits of the biggest global and regional music stars, who will throw an unforgettable party for the strongest summer finale, have a dizzying 1.5 billion combined streams and views for a good reason!

The Australian sensation Shouse, a duo that brought euphoria to tens of thousands of people at this year’s EXIT, will present the songs that made them famous exclusively in Montenegro for the first time. The global hitmaker, producer, and DJ Mahmut Orhan will also bring megahits directly from the world charts!

One of the biggest electronic-music stars in the world, Nina Kraviz, returns to the beautiful bay of Buljarica beach after four years, bringing tracks old and new to guarantee energetic dancing until dawn! One of the most sought-after duos in electronic music today, Mind Against, combines techno and house, producing an innovative, melodic, minimalist, cinematic sound, which Sea Dance fans remember from the duo’s spectacular 2017 performance. Anfisa Letyago, the techno voice of the new generation, brings Mediterranean energy and fresh sounds to the Sea Dance Festival for the first time after an excellent premiere performance at this year’s Exit. The Afterlife label representative Coeus and the great Human Rias, the only artist in EXIT’s history to both open and close the mts Dance Arena, will also have their Sea Dance premieres! The veteran of the regional scene, Marko Nastić and the local representative of the Drumcode label Ilija Djokovic, who had an excellent driving techno b2b set with Eli Brown, are returning to familiar territory.

A robust regional line-up is led by the most sought-after act in the Balkans, Ana Đurić Konstrakta, the region’s most prominent band in the last decade Dubioza Kolektiv, the most important female trap act in the Balkans Senidah, the sensation Crni Cerak, the unique Mimi Mercedez, and newcomers Tam, Micka Lifa and Da Wreck!

The Hits That Will Mark This Year’s Sea Dance

“Love Tonight“ by Shouse has over 400 million streams and 11 million Shazams and is one of the 50 most streamed songs on Spotify! The song hit the Top 10 singles charts in Austria, Belgium, France, Germany, Hungary, the Netherlands, and Switzerland, and the duo’s new song “Won’t Forget You“ is not far behind! Mahmut Orhan kicked up a lot of dust on the music scene in 2016 when he released the track “Feel“ (feat. Sena Sener), which has almost half a billion views and streams on YouTube and Spotify and still causes people to dance with the same enthusiasm years later. “Feel,“ “Fly Above,“ and Orhan’s other hits will definitely get the turquoise bay dancing!

Fans of the Sea Dance Festival, but also EXIT and No Sleep, already know very well the kind of euphoria Nina Kraviz can bring. “Skyscrapers,“ “Ghetto Kraviz, “and “I’m Gonna Get You, are just a few of the tracks this techno genius has created. Mind Against is not far behind with “Gravity, “Walking Away,“ and the fresh “Freedom.” Anfisa Letyago’s excellent streak continues with the new single “HAZE, “followed by “Nisida“ and “Catch The Spirit“. Coeus presented his unique musical energy in his releases for Afterlife – “Horizon, “ “Rebirth, “ and “Beyond Dreaming,“ and Ilija Djokovic did the same for the Drumcode label, with the energetic tracks „Equilibrium, “Aura,“ and songs “Vera“ and “202X“ for Filth On Acid.

Dubioza Kolektiv are the most successful musical cosmopolitans in the region, and they come to Sea Dance with another excellent studio album under their belt. “Agrikultura“ was released at the beginning of May, but their set list will undoubtedly include the biggest hits from their rich songbook.  Ana Đurić Konstrakta has delighted audiences around the world for months with the atypical sound of the song “In Corpore Sano,“ which earned her the love of the Eurovision audience, as well as  “Nobl“ and “Mekano“ from the project “Triptih,“ but also “Neam šamana“ and “Žvake.“ The undisputed trap queen Senidah will once again set the turquoise bay alight with hits whose popularity is not diminishing: “Replay,“ “Mišići,“ “Slađana,“ and many others that she will sing in unison with the audience. The leading Montenegrin hip-hop duo Who See will get Sea Dance moving with well-known hits: “Naselje,“ “Đe se kupaš,” “Nemam ti kad,” and many others that have become absolute favourites. With powerful bass lines and controversial lyrics, Mimi Mercedez will set the atmosphere at the Sea Dance Festival ablaze with the songs “Samo keš,” “Patike za trčanje,“ “Kleopatra,“ and many others. The new trap and rap sensation Crni Cerak will entertain Sea Dance with hits like “CC1“ and “CC2“, which they made for the movie “Južni vetar,“ but also the new track “CC3“, performed for the first time at EXIT with tens of thousands of fans jumping to every beat.

The rising pop star and talented singer-songwriter Tam will get Sea Dance moving with the new summer hit single “Pogana,” as well as tracks from her debut EP “Refleksija,“ the well-known songs “Žad,“ “Brži od svega,“ and “Aj ćao,“ while trapper Micka Lifa brings notable singles such as “Njiham,“ „Naturale & Pure,“ and the unmissable “Kardio.“
“Cure sa Balkana,“ “Mikelanđelo,“ and “Eva” (feat. Sajsi MC) are just a few of the tracks that the super talented and versatile young Kejt will bring to the turquoise bay.

The current price of festival tickets for Sea Dance of 37 EUR + b/f at a 40% discount on the final price will be valid only until midnight tonight or earlier if the stock runs out. One-day tickets are available at a promo price of 18 EUR + b/f, at a 40% discount compared to the final price. Due to great audience interest, the “Buy 4, Grab 5” group offer is still running. During this campaign, everyone who purchases four festival tickets will receive a fifth as a gift.