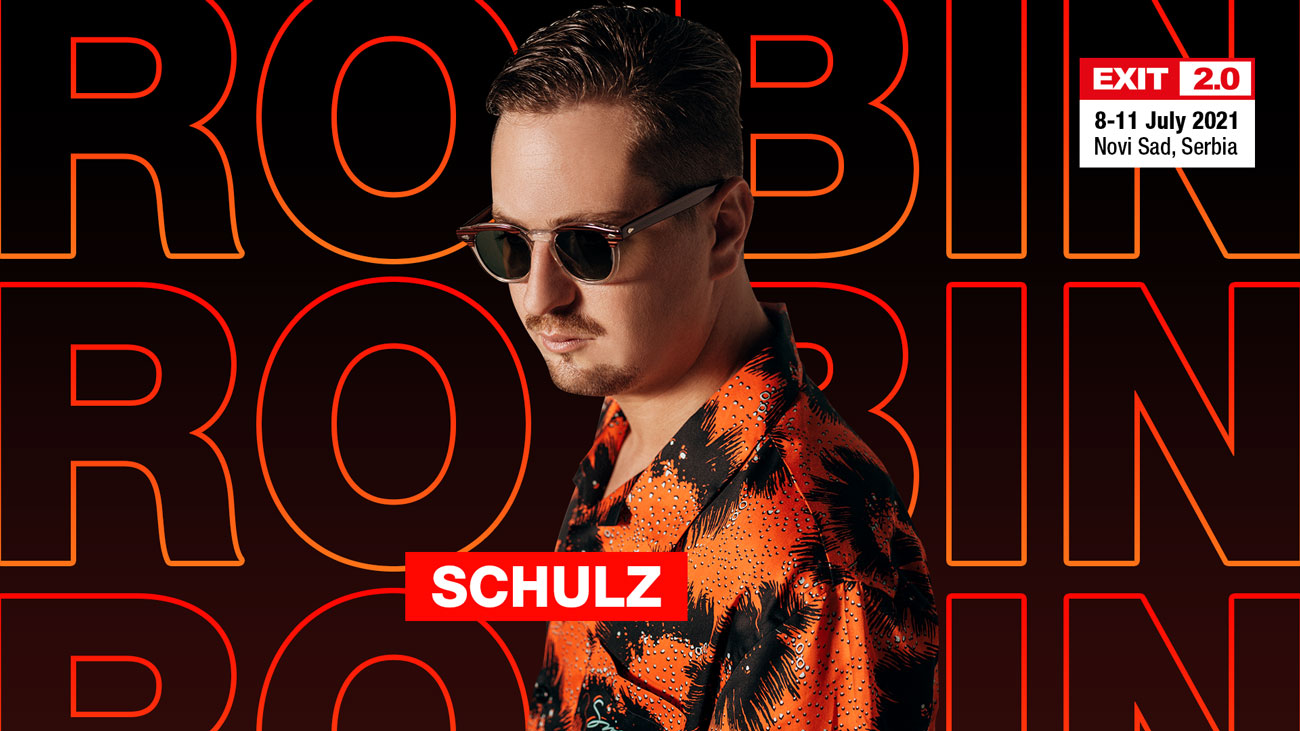 Performances by hitmaker Robin Schulz, highly respected Dutch artist of Serbian origin Satori live, and upcoming house star Ece Ekren will add to the big celebration of 20 years of EXIT, which will take place from 8th to 11th July at the Petrovaradin Fortress.

Leading German DJ and producer Robin Schulz is considered the most awarded German artist, having won four prestigious German ECHO awards and a Grammy Award nomination. Some of the mega-hits with which he won first places on the charts as well as the growing love of the audience include „Sugar, “Prayer in C, “Waves, “Sun Goes Down, “and „Speechless. “ He has over 15 million albums and singles sold, over four billion streams, and more than 250 gold and platinum records worldwide.

Satori was recently part of the InfinitX project with a special concert film, “Satori at Golubac Fortress: Voices of 9 Towers,” which also served as an announcement of his new album in cooperation with Exit. He has an immense appreciation for Balkan ethno music, and that inspiration will be shown on his new album and in his upcoming appearance before the Exit audience.

The strong lineup will be joined by rising star Ece Ekren, who is compared to her compatriot Mahmut Orhan due to her exotic house sound. She also made an appearance on Exit’s Life Stream last year.

The United Festivals of Serbia, led by EXIT, Beerfest, Lovefest, Arsenal Fest and Nišville, launched a national vaccination campaign last Friday, focusing on young people and asking them to contribute to a return to normalcy by getting vaccinated. This is the only way to achieve the common goal — vaccination of more than 50% of the adult population of Serbia before 21st June, which will, among other things, allow for the return of festivals and concerts, but also help in the upcoming fight for the mental health of young people. The campaign itself branches out into two directions: “I will no longer dance/spin/play alone” which is aimed at everyone who misses concerts and festivals, and “Does anyone have a better idea” aimed at all those who are not sure that vaccination is the best way out of the pandemic. What both branches have in common is their slogan: “Vaccination is the only way for us to be together again.” The campaign is realized with the support of the national platform of the Government of Serbia — “Serbia Creates”, the Ministry of Health and the cities of Belgrade and Novi Sad.

Leading Serbian music festivals have recently presented a protocol created in line with the latest scientific research across Europe, confirming that, with certain restrictions on entry, the risk of spreading the infection is almost negligible. The protocol thus stipulates that those who have been vaccinated will be able to enter festivals, as well as those who have had COVID-19 in the past or can produce a negative PCR or antigen test. This protocol also represents a strong motivation for young people to get vaccinated because the main drive for this age group to vaccinate is returning to normal life. At the session held on Friday, 14th May, the Crisis Response Team spoke positively about the protocol and predicted the return of events and manifestations starting on 21st June, provided that at least 50% of adult citizens are vaccinated by that date, assuming further improvements regarding the pandemic overall.

The big celebration of the 20th anniversary of the EXIT festival will take place from 8th to 11th July 2021 at the Petrovaradin Fortress, and attendance has already been confirmed by some of the biggest global and regional headliners, including David Guetta, Eric Prydz b2b Four Tet, DJ Snake, Sabaton, Nina Kraviz, Paul Kalkbrenner, Tyga, Solomun, Denis Sulta, DJ Topic, Robin Schulz, Asaf Avidan, Satori, Boris Brejcha, Honey Dijon, Hot Since 82, Meduza, Paul van Dyk, Artbat and Sheck Wes. The complete daily schedule can be found on the official website of the festival.

A limited number of tickets for EXIT 2021 is currently on sale. Tickets purchased for the 2020 edition are valid for entry to this year’s festival. The ever-popular “Buy 4, Grab 5” campaign has also been launched and will be available until the very limited stocks run out.

A limited contingent of one-day tickets will go on sale on Tuesday, 1st June, precisely at noon. The number of these tickets is very limited, and they are usually sold out in a few hours, after which the price is increased. Tickets can be purchased through the festival’s official website, here.