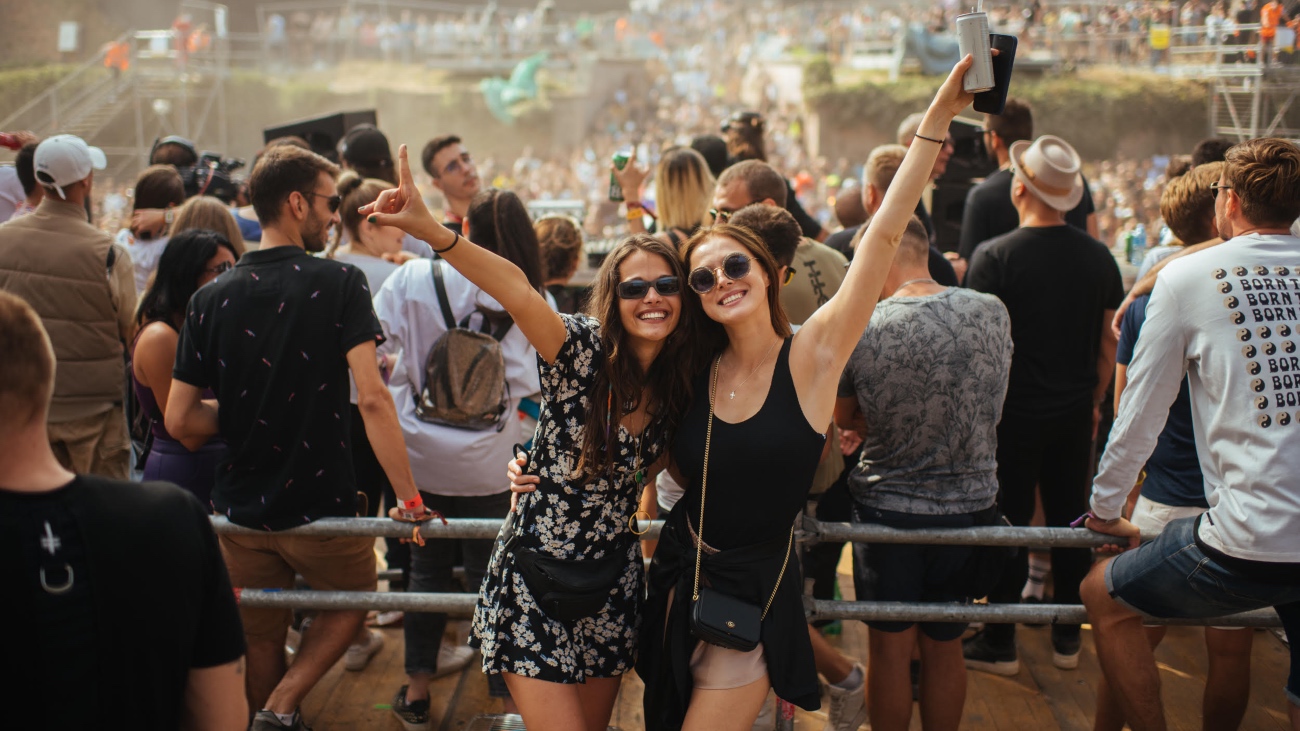 The connection they made with the audience was the most special so far because, for many, the performance at this year’s festival was the first after 18 months. EXIT will go down in history as the first major music event in Europe since the outbreak of the pandemic, and everyone who was a part of it shares the same impression — Petrovaradin Fortress was the best place on the planet for four days, and the festival brought back and celebrated life!

David Guetta, the world’s most influential music producer, was in a great mood before his appearance on the Main Stage, which turned out to be spectacular! He began his performance with an emotional address to the audience: “You can’t imagine what it means for me to be here tonight. We are celebrating 20 years of Exit, 20 years of amazing music. This is the first festival that has finally happened and the best place on the entire planet you can be at this moment. I hope you enjoy the show; I know I will enjoy every minute. We are finally free. Are you ready?!”

DJ Snake also enjoyed every minute, describing his performance as a “legendary night”. His great impressions were also seen in the fact that he thanked the whole of Serbia. The ladies who rocked the mts Dance Arena and played until the early hours of the morning were no less touched by the audience’s energy.

“We were together again, it was so good. Thank you, EXIT festival, I send you endless love”, wrote Charlotte de Witte in her post.

The impressive Nina Kraviz, after reminding everyone what a morning at the mts Dance Arena looks like, posted for her fans around the world that “the feeling was unreal” and thanked everyone who stayed with her until 9 o’clock in the morning.

By publishing several videos of their performance, the hitmakers Meduza showed the whole world the energy that everyone had been missing: “This was EXIT. The first European festival after the pandemic. And it was amazing”.

The mega-popular Jonas Blue had an equally strong impression after his performance at the Main Stage of EXIT, especially since it was his first show in 17 months. “The feeling I get when I look at the crowd and see your smiling faces as you sing is probably the most extraordinary feeling I’ve had this year — we’re back!!!”

After one of the most stunning performances on the same stage, in which he showed all the beauty of combining electronic and traditional music of the Balkans, Dutch artist Satori announced that he was honoured to play at EXIT’s Main Stage. “I watched Moby play here ten years ago. I can’t believe I have just stood in the same place”.

The guest at Satori’s performance was the globally beloved Amira Medunjanin, whose voice gave the audience goosebumps. The emotion she gave to the audience during her performance on the Visa Fusion stage will be remembered for a long time. “Turn on the lights, let me see the people; I have missed seeing people”, she said, wiping tears from her eyes. Summarising her impressions, Amira later wrote an energetic post: “My first performance at EXIT Festival!!!!! Thank you for the invitation and a big thank you to everyone who came to see me!!!!”

Ida Prester brought incredible energy to the same stage, and at one point, she even climbed the fence to say goodbye to the audience. “EXIT, what was this?? We can’t come to our senses yet… Thank you for all the love you have brought us back to life”, she posted after the performance.

The same question — “People, what happened last night???” was asked by the fantastic duo from Pančevo Buč Kesidi after their first performance on the Main Stage. The audience eagerly awaited them, and they responded in equal measure, sharing their impressions: “The best audience ever! Thank you!”

A DJ who knows best what Exit’s audience is like is Marko Nastić: “We have been together for 20 years, but the magic is still there!” he wrote on his Instagram page, showing a part of the atmosphere from one of the best dance floors in the world.

Some of the most famous people on the Serbian cultural scene were present at the jubilee celebration of the 20th birthday of the EXIT festival, all agreeing on one thing — how much they missed the festival itself, emphasizing that the key thing is that they are finally free again, after a long break.