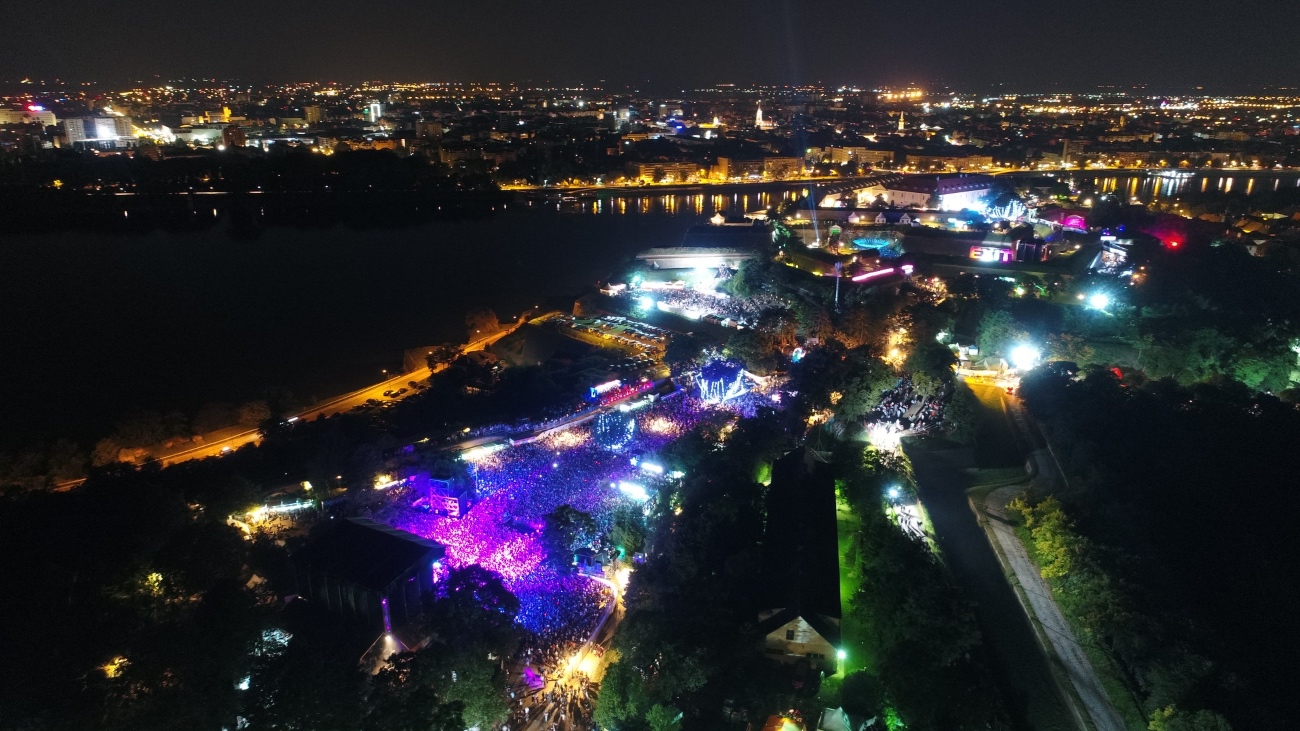 This was confirmed by Maria May, the agent to David Guetta, Robin Schulz and numerous other superstars, who called EXIT “the light at the end of the tunnel” at an international expert panel. This was confirmed by hundreds of performers who came forward to express their support, and some of them have already explored all the possibilities for arriving to Novi Sad from August 13- 16, of this jubilee twentieth anniversary! The announcement of the first part of the new program, for the now certain historical edition of the Festival, is expected soon, and after numerous speculations, new good news are on the horizon. In August, EXIT will open as many as 20 stages and zones throughout Petrovaradin Fortress, over an area of at least 90% of the usual capacity.

Since ticket sales resumed after a three-month halt, interest in the only leading European festival to be held this summer, has been expectedly high. However, due to all the quotas for tickets, both those sold before and the new ones sold now, EXIT will add its magic ingredient when it comes to the atmosphere, and that is, always, the largest audience from Serbia and the region. The number of visitors from the region will certainly surpass all previous years and, as EU countries start to open up, so interest grows in countries closest to us such as Hungary, Austria, Germany, the Czech Republic, Romania, Bulgaria, Greece and others. After a strong start in winter, and a restart in spring, but also a reduction in capacity, the last 25% of tickets, for all four days, are currently on sale via our official website here.

Main Stage will be in its usual place on the central plateau of the Lower Town of Petrovaradin Fortress, ready to host spectacular performances by global and regional superstars.

Along with Glastonbury, EXIT is one of the few festivals with two main stages, and the second is certainly the colossal mts Dance Arena, the largest and, according to many, the most spectacular electronic music stage on Earth, which will be in full force this summer and host the world’s largest, regional and local DJ stars!

And the neighboring, internationally acclaimed No Sleep Novi Sad, will embrace its loyal fans in its well-known trench, with a recognizable production presenting a flawless selection of performers.

In addition to the biggest stages, EXIT magic would not be possible without several cult stages, so this year the dance heart of the Festival will work together with the most fiery atmosphere of Aqua Viva Latino Stage! Beats Stage will once again welcome its hip-hop fans, while drum and bass music, which has marked EXIT over the past 20 years, will have its own stage this year on X-Bass Pit! Another favorite stage of the local and regional DJ scene, Urban Bug, will also be present this year as will AS FM Stage powered by Guarana and Gaia eXperiment Trance Stage. In addition to numerous rest and refreshment zones such as the Foodland zones, a special place this year will be occupied by the favorite Pachamama World Chill-Inn, while the historical meeting place, in this year’s special edition, will be the Wenti Wadada Positive Vibrations Reggae.

This is not a final list and additional expansions of the list of stages and accompanying content, for which EXIT is famous, are possible. All these stages and zones will be entered by well-known roads, so all entrances will be open, both the main one at Lovoturs and the one from Štrosmajerova in Podgrađe. The standard VIP entrance, off Kamenički, put be open while the only closed entrance will be to the VIP terrace in the Upper Town of the Fortress.

As previously announced, the Festival will be implemented in accordance with official measures in cooperation with the health team of the Government of Serbia, so that all visitors, performers, as well as members of the team participating in the organization, are maximally protected. All fans who purchased their ticket in the period before the suspension of sales, will have the opportunity to decide whether they want to use their ticket for the August edition of the festival, exchange it for next year’s festival, or seek a refund in accordance with the conditions, prescribed by the Serbian Government for events delayed due to the pandemic, of which they will be notified in a timely manner.