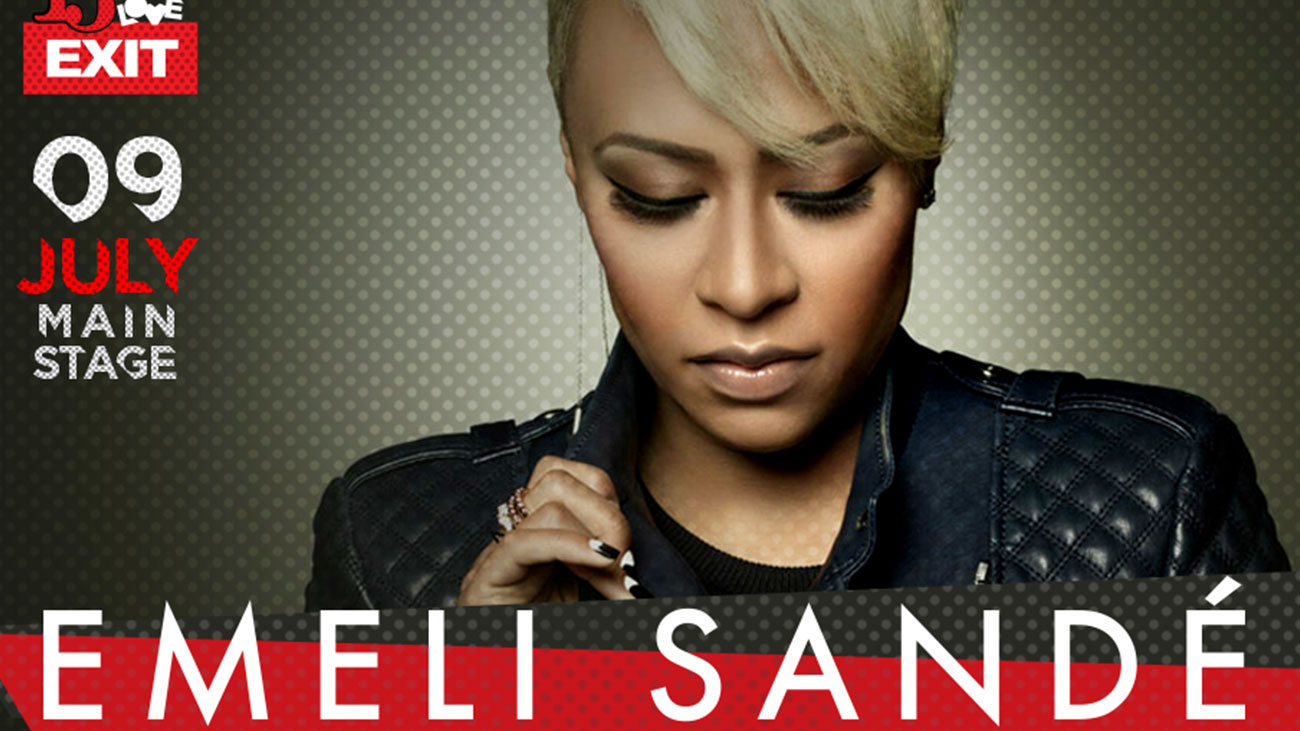 One of the most hotly tipped female vocalists and currently leading soul and R&B singer in the world, Emeli Sandé, will spearhead the opening ceremony of the Exit Festival’s 15th edition at the Petrovaradin Fortress on July 9th. The British star of Zambian descent is the author of three number one singles on UK chart, and the best-selling European album in 2012 and 2013 – reaching further than Adele, Arctic Monkeys, and Bruno Mars! Seeing as the album spent 64 weeks in the top 10 categories of UK Album chart, Sandé has officially broken a record held by the Beatles for the last 50 years! She was awarded with three BRIT and three MOBO awards, with many other recognitions from renowned magazines like Elle, Q magazine, and Harper’s Bazaar. The 28-year-old singer-songwriter also received two prestigious Ivor Novello statues for Best Song Musically and Lyrically, and Most Performed Work. Emeli Sandé opens a special part of this year’s Exit line-up, comprised of authors of the most popular songs in contemporary pop music, such are Clean Bandit, John Newman, Tom Odell, Milky Chance, Hardwell, Martin Garrix and Oliver Heldens, who have all reached the top of worldwide charts, and who write their own songs without teams of professional composers and writers. The biggest stars of the new generation will perform at Exit along with legends like Motörhead, Faithless, Manu Chao, Napalm Death, Roni Size, Goldie, Chris Liebing, Adam Beyer and others.

“A singer with many influences but a soul that’s hers alone“, writes the New York Times, pointing to Sandé as the first true R&B diva on the global scene in this decade, following the last few that influenced her and against whom she’s constantly compared to, like Whitney Houston, Lauryn Hill, Mary J. Blige or even Nina Simone and Aretha Franklin. Simon Cowell called her his favourite author, and with right: she wrote songs for other stars like Leona Lewis, Alicia Keys, and even Chris Martin from Coldplay, with whom she went on a world tour with in 2011! She is also greatly influenced by the fearlessness of Frida Kahlo, whose tattoo she had done on her forearm when she decided to devote herself to music even though she studied medicine. Her secret for success is instinct – if she has to work on a song longer than a day, she will not go back to it. The best ideas, she says, are the ones the work immediately. This attitude led to number-one singles across the UK and Ireland “Read All About It”, “Next to Me”, and “Beneath Your Beautiful”. Her debut album Our Version of Events contained songs only written by her, and won her the prestigious Critic’s Choice BRIT award, officially making her the best female artist with the officially best album and most played song in 2012. Emeli Sandé is the only artist who was chosen to perform at both the Opening and Closing of the London Olympic in 2012, and on 9th July this year she is expected at the well-earned central spot at the opening ceremony of the 15th anniversary edition of Exit festival at the Petrovaradin fortress.

Gather your friends, buy 4 tickets for just Exit Festival or full Exit Adventure and you will get a fifth ticket for free! There’s more: all five will also receive Exit Camp passes, free of charge! Tickets for Exit Festival are available from 89£ +b/f, and for Sea Dance Festival at 54£ +b/f. The unique ticket for more than 10 days of Exit Adventure (Exit + Sea Dance), is available for £105 +b/f at www.old.exitfest.org. Packages including travel and accommodation can be found at www.exittrip.org