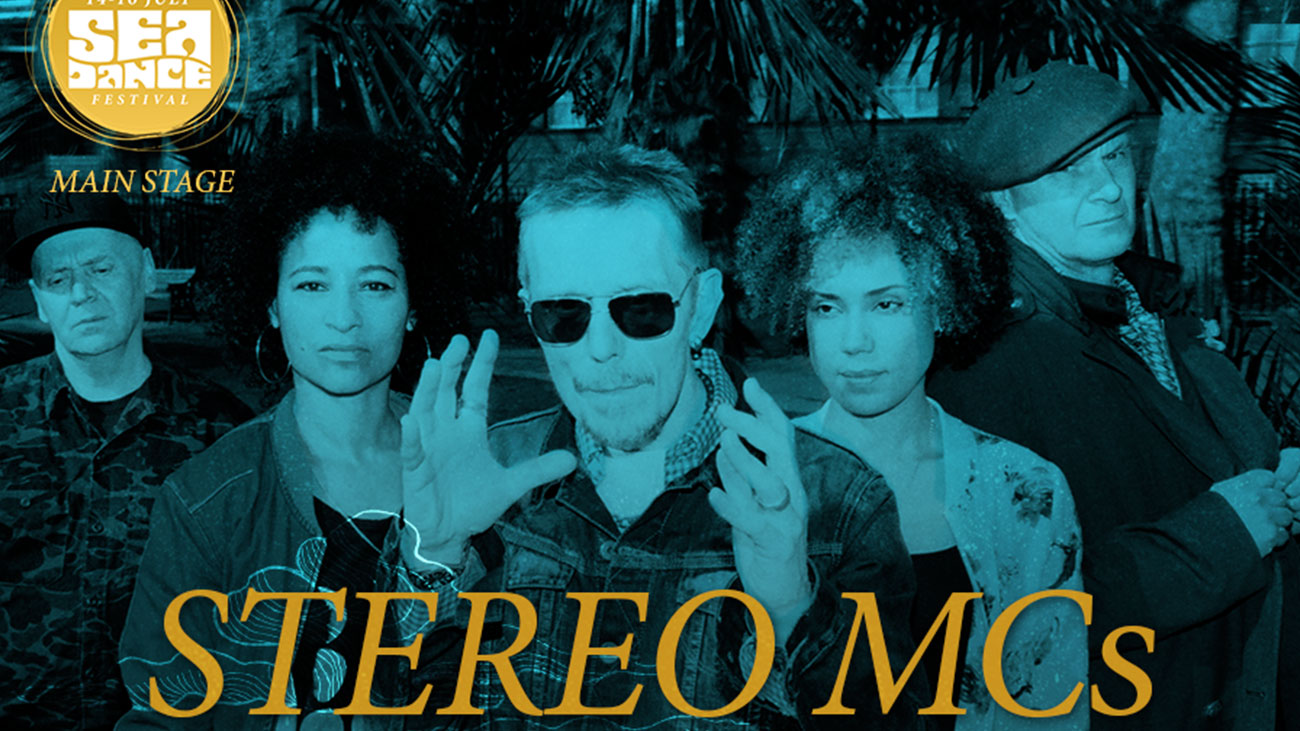 The legendary British electro-funk-hip-hop band, Stereo MC’s will perform on Friday 15 July, at the main stage of this year’sSea Dance Festival! Europe’s most beautiful beach, Jaz will echo in the global hits such as “Connected”, “Step It Up”, “Creation”, “Ground Level”, “Deep Down & Dirty” and others. Their album “Connected”, sold in more than a million copies, is considered to be one of the best releases in the history of modern music, which won Stereo MC’s the prestigious BRIT award both for best album and best band. During their prosperous career Stereo MC’s performed at some of the biggest festivals in the world, side by side with names such as U2, Peter Gabriel, Jane’s Addiction, De La Soul and Happy Mondays. The renowned Telegraph included their performance at Glastonbury Festival among the 100 best performances in the history of the British giant, together with concerts by Arctic Monkeys, The Chemical Brothers, Muse, Nick Cave & the Bad Seeds, The Who and others. They gained their world fame thanks to amazing remixes for performers like Madonna, U2, Queen Latifah, PM Dawn and others.

Stereo MC’s were founded by singer Rob Birch and DJ and producer Nick Hallam. Their friendship flourished as they explored the enormous potential which hip-hop had on the British music scene at the time. Stereo MC’s recorded their debut album “33-45-78” with the help of DJ Cesare, drummer Owen If and back vocal specialist Cath Coffey. Quickly afterwards, they released the hit single “Elevate My Mind”, which rose up America’s R&B charts. This gave them the title of leaders of the new British wave of urban music, and members of the band also became the favorites among numerous stars like Jungle Brothers, PM Dawn, Queen Latifah and Madonna. Their Album “Supernatural” additionally cemented their place in the world’s music scene, as one of the most creative and original bands. What set them apart, though, was the fact that to this day they are loved and admired by rock fans as well, and as a hip-hop-dance-funk sensation are frequent visitors of rock festivals across the planet. Releases that ensued “Deep Down & Dirty”, “Paradise”, “Double Bubble”, as well as “The Emperor’s Nightingale”, which use high-quality production together with an old-school, funk style of playing the bass, guitar, drums, and a funky vocal use, once again proved the musical creativity, virtuosity and greatness of this amazing band.

You can join the Sea Dance and Exit fans’ favourite special offer, which allows the entire crew to buy four three-day ones for Sea Dance, four four-day tickets for EXIT, or four tickets for the entire Exit Adventure, and receive a fifth ticket for free!
Tickets are available at THIS LINK. You can save up to 60% from the final ticket price in July. Accommodation and travel arrangements can be found at Exit’s official travel agency, ExitTrip’s OFFICIAL WEBSITE.

Yoko Ono and EXIT to celebrate “First World Peace” – 100 years since the end of World War I!