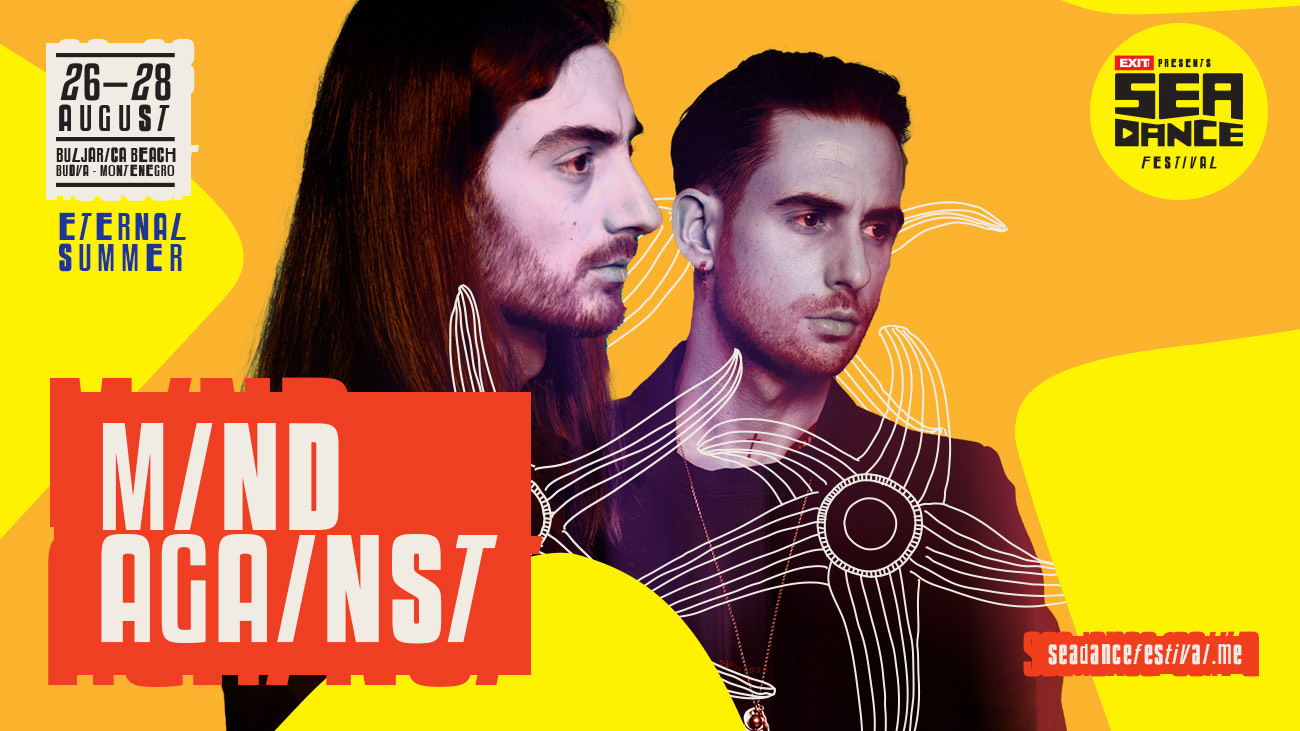 There are only three weeks left until the start of the Sea Dance Festival, and the galaxy of international and regional stars promising memorable performances is joined by the world-famous duo Mind Against and the brilliant Human Rias, who became the only performer in the history of EXIT to both open and close the Dance Arena this year! The veteran of the regional scene, Marko Nastić, has also confirmed his appearance, along with the representative of the Afterlife label Coeus and more than thirty local and regional stars, rounding out the electronic-music line-up at the Sea Dance festival.

The interest in the eighth edition of the winner of the Best European Festival Award, taking place from August 26th to 28th in the turquoise bay of Buljarica beach, has already surpassed all expectations, which is why the limited number of tickets at the current prices are selling out fast and will be on sale no later than Friday, August 12th, or until the stock runs out! One-day ticket sales begin on Monday, August 8th, at noon.

Mind Against, consisting of the Italian duo Alessandro and Federico Fognini, is one of the most sought-after acts in electronic music. The fantastic pair has gained worldwide popularity in the past decade by combining techno and house, creating an innovative, melodic, minimalist, cinematic sound. They are the authors of the cult releases “Atlant”, “Ceremonial”, „Avalon” and “Strange Days” thanks to which the “Life & Death” label is considered a leader in contemporary sound. Over the years, they have released epic tracks for other leading publishing houses such as Afterlife, Cocoon and Hotflush. They are also known for their remixes for WhoMadeWho, Art Department, Róisín Murphy, and Green Velvet. They performed at most of the world’s biggest events, while Sea Dance fans remember their spectacular performance in 2017, at the festival’s fourth edition.

Human Rias is known as a resident and booker of the former cult Munich club MMA (Mixed Munich Arts) and a long-time friend of the EXIT festival. At this year’s edition of Exit, he had the honour of opening and closing the mts Dance Arena, and the party he threw from 9 – 10 a.m. will be remembered by everyone who was on one of the world’s biggest dance floors that morning.

A veteran of the regional scene with a successful international career spanning over 20 years, Marko Nastić likes to experiment and combine different genres and styles of electronic music, from techno and tribal techno to house, minimal, tech-house, and breakbeat. He founded the first Serbian techno publishing house, Recon Warriors, within which he later formed two more labels – Recon Light and Traffica. He is also the man behind the Easy Tiger publishing house and event series, as well as the Rakija label, and is part of TTP 2.0 with Dejan Milićević and Amnasty with Ana Ćurčin.

A representative of the well-respected label Afterlife, fronted by Tale of Us, and one of the best producers and DJs in the region, Coeus, has created a unique sound in this part of the world, characterised by deep melodic progressions. He attracted the attention of the global electronic music scene with releases like “Elysian“ for Moblack Records, “Eden“ for Afterlife and “Forgotten Love“ for Mimesis, while his latest single “, Her Eyes“ was released late last month on the Afterlife compilation “Unity pt. 3“. He has gained a lot of traction on the global electronic scene, and his tracks can be heard in the sets of stars like Tale of Us, Solomun, Adriatique, Dixon and many others.

The current price of tickets for the Sea Dance festival is €27.99, which is a 40% discount on the final price, and will be valid until Friday, August 12th at midnight, or until stocks run out. The sale of one-day tickets starts on Monday, August 8th, at a gift price of €9.99, at a 50% discount on the final price. Due to massive audience interest, the “Buy 4, Grab 5” campaign is still ongoing. During this campaign, fans who purchase four Sea Dance Festival tickets will receive a fifth one as a gift.

Tickets are available here as well as through the sales networks in Montenegro and online.