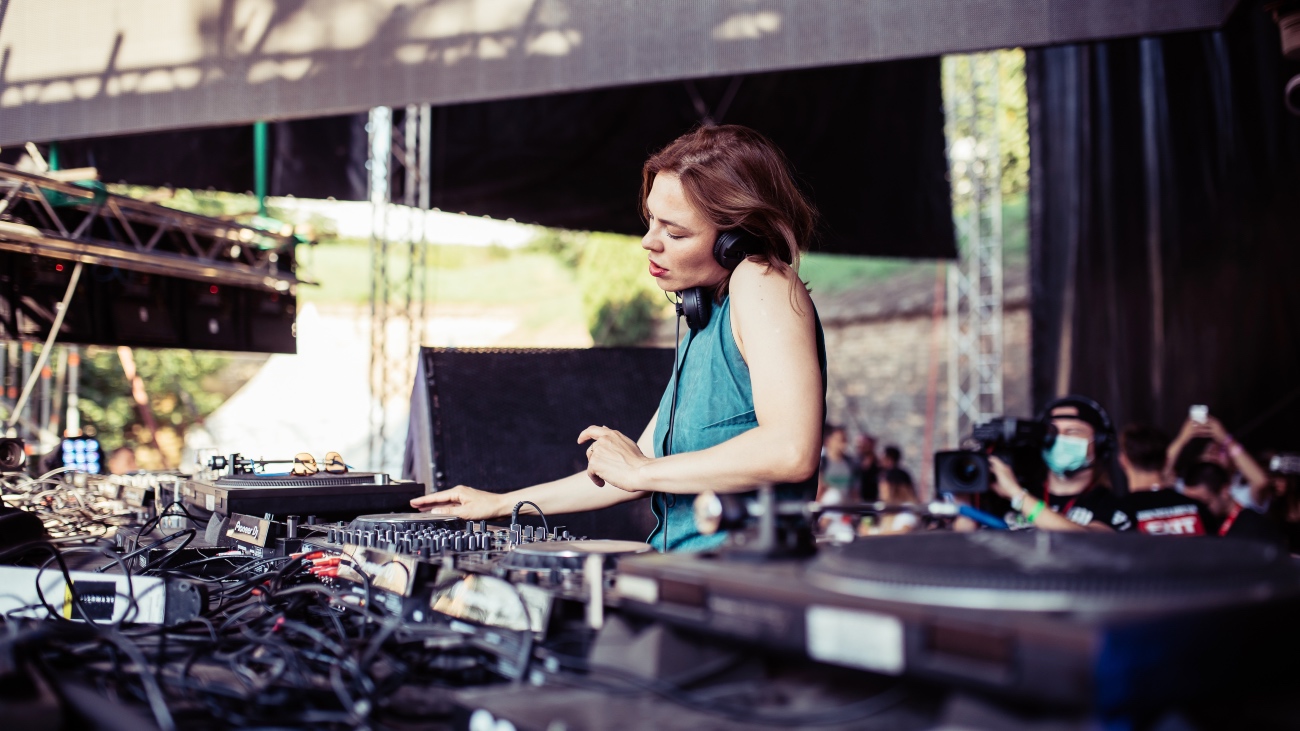 The inspiring performance from the techno artist was available for the first time exclusively on Exit’s Facebook page and YouTube channel, while Nina Kraviz was actively involved in its promotion, by announcing it in the days prior, but also by posting during the stream itself.

Her social media accounts, where more than 3 million fans follow her, showed videos of Nina watching the performance. She even left a beautiful message at the end: “Thank you for watching! Watching you all dance in the sunlight at one of the most beautiful stages in the world made me emotional! Hope to see you on the dancefloor soon”! Fans from around the world commented on this unique “throwback” to that unforgettable July morning. The comments ranged from the inevitable tags, invitations to dance and testimonies from the Dance Arena’s front rows to emotional promises like — “See you in 2021”. Of course, Nina Kraviz is one of the headliners of EXIT’s big 20th-anniversary celebration to be held from 8th to 11th of July this year.

Last December was particularly interesting for Nina because the most anticipated video game of 2020, Cyberpunk 2077, was finally released. Nina not only made music for this game but also appears as a character in it. The role of a plastic surgeon, operating underground and “fixing” human bodies with illegal cybernetic parts, was offered to her after she had already agreed to compose the music. She composed as many as five original tracks for the game. These were included on the official soundtrack along with artists such as Run the Jewels, A$AP Rocky and Grimes.

The “EXIT TO 2021” program continues tonight at 8:21 pm CET with another world-exclusive premiere, a recording of Amelie Lens’ performance at the mts Dance Arena, which ended the festival in 2019. This is also the last performance to be held at EXIT to date. This true techno artist’s amazing set will serve as a reminder that she will arrive at the Sea Star Festival in Umag’s Stella Maris lagoon this May. The performance will be streamed on EXIT festival’s Facebook page and YouTube channel.

On Saturday, the 16th of January, the holiday special ends with an exciting VR party. In cooperation with the Bootshaus club and the innovative Sansar platform, EXIT brings a virtual live performance by house duo andhim. The virtual party at Bootshaus will be free to attend using a VR headset on Sansar’s platform via PC or any other device that can run the Sansar app, as well as the Bootshaus Twitch channel and EXIT festival’s website. The performance starts at 7 pm CET.

EXIT: Festival rescheduling is not an issue, but coordination and appropriate measures are required