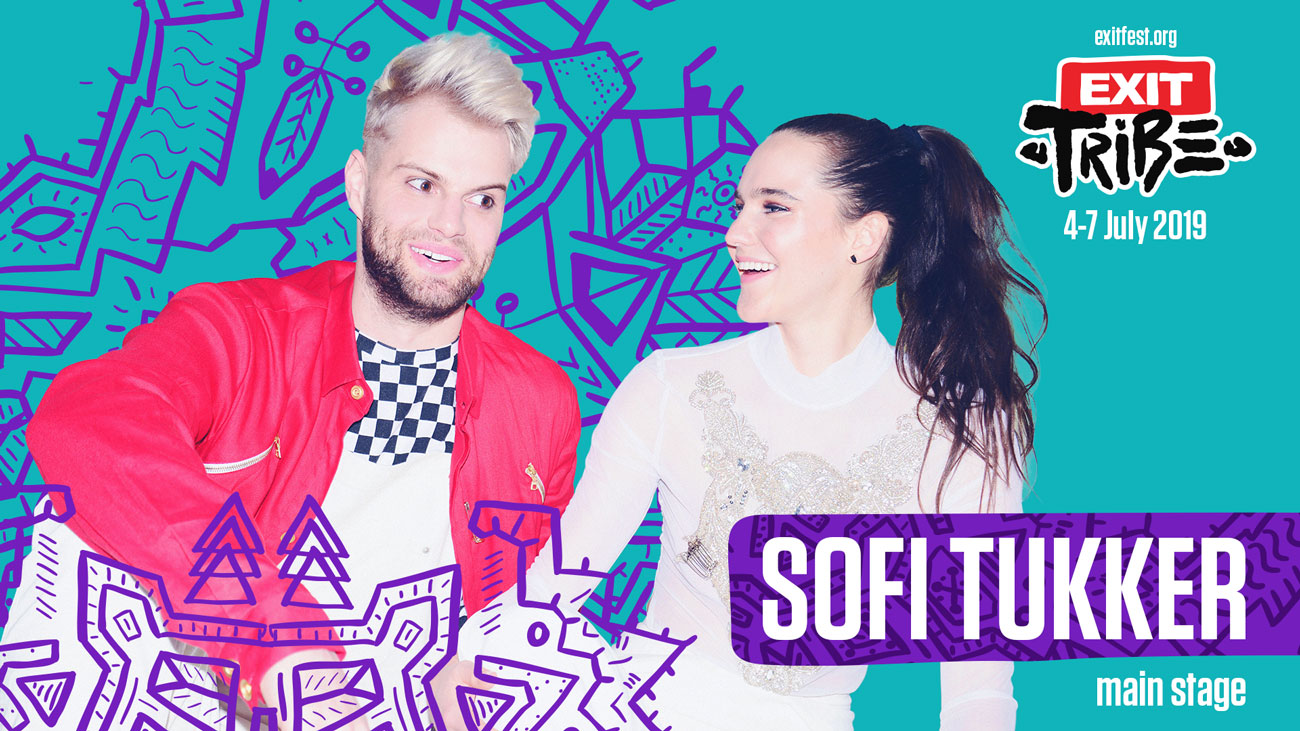 The news of one of the greatest alt-rock bands of all time, The Cure, opening the EXIT Festival on July 4 was greeted by festival fans all around Europe, and the first series of tickets were sold out in 13 minutes! Joining the bill of the impressive and always diverse program for EXIT 2019 edition is a Grammy-nominated pop-electronic act – Sofi Tukker! The New York duo comprised of vocalist/guitarist Sophie Hawley-Weld and producer/guitarist Tucker Halpern, achieved their instant success with hit single “Drinkee”, which launched them straight among the heroes of young generations. Their success has been crowned with a Grammy nomination for the best dance recording, although they did not even have an EP or album published yet! Like other successful bands from New York, Sofi Tukker have a recognizable and modern sound, in their case inspired by the 90s music, from jungle-pop vibrations, to contagious house, afro and Latino rhythms. Duo scored their first Billboard no. 1 position and conquered the world overnight with another hit-track “Best Friend”, which, after appearing in the commercial for the mega popular iPhone X, has been included in the FIFA 18 official soundtrack!

The dedication of Sofi Tukker towards creating world music with a dash of dance and techno is at the very core of their creativity. Sophie said the following about their artistic expression: “Making dance music is a spiritual thing. It’s about being completely absorbed by rhythm and vibration”, while the second part of the band, DJ Tucker Halpern, stated that the goal of the popular single was for the audience to lose themselves in the repetition of words and movements, creating a somewhat shamanic atmosphere. This will be well-received at the next edition of EXIT, dubbed EXIT Tribe.

Their aesthetics lies in their diversity, the way they mix bongo instruments with guitar parts. Ever since the beginning, they let everyone know that they are not afraid to experiment, and Sophie Hawley-Ward, the band’s singer, sang their first single “Drinkee” in Portuguese, so it’s clear that the duo was certain that it will manage to overcome the language barrier and that audiences will like it. Turns out they were right, and the aforementioned single made them famous in house circles. Soon, the first EP followed, called “Soft Animals”, and after the enormous success of the “Best Friend” single, they published their first album, “Treehouse”. It was well-received by the critics who said it was lively, with explosions of playfulness, honesty and positive energy.

Olof Dreijer, Randomer, François X and about 30 other performers in Drugstore Club for No Sleep Festival!