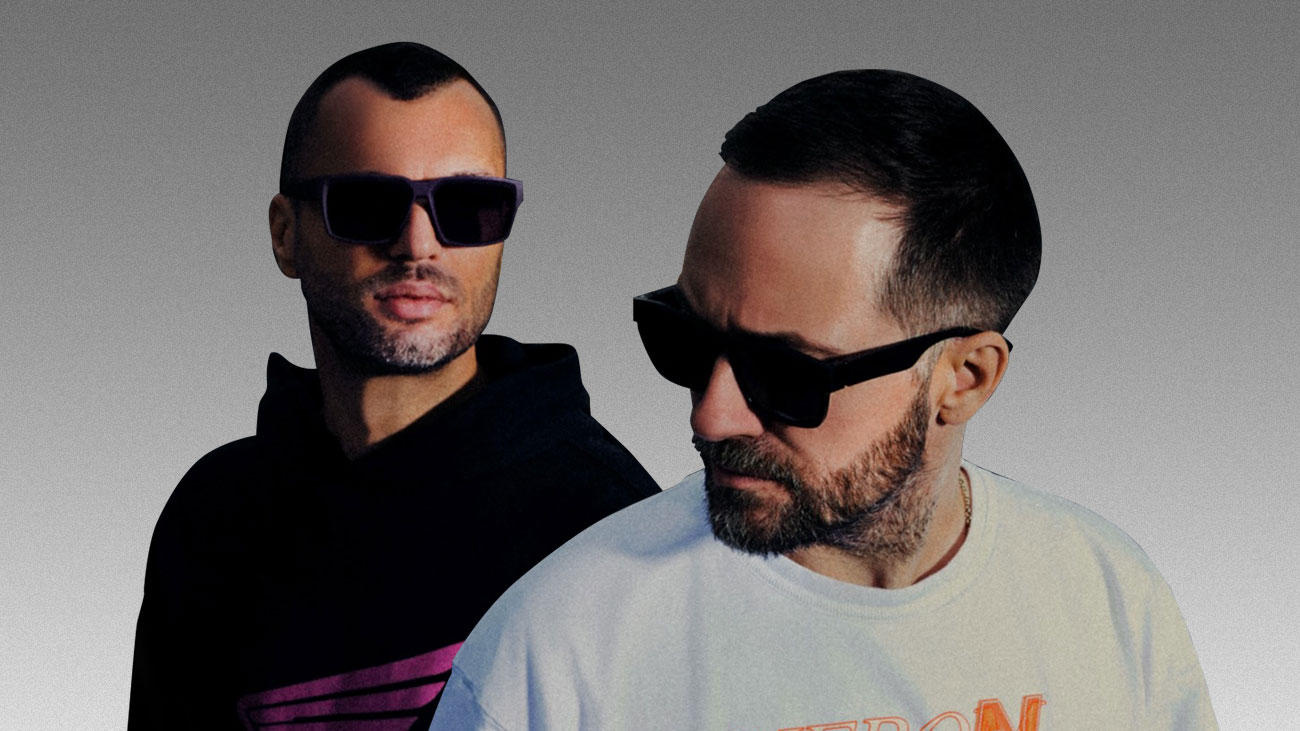 Calvin Harris at a parade with Liverpool footballers, “Funk Wav Bounces Vol 2” closer than ever!

As we hum along to the new song from Calvin Harris, Dua Lipa, and Young Thug, “Potion,” Calvin has us holding our breath before the “Funk Wav Bounces Vol 2” album! In a short interview posted on the Apple Music YT channel, Calvin drew a parallel between this album and the previous one and how he made each. The new album, by the way, is coming after five years and is expected to be released during the summer.

This week was quite interesting for Calvin — after the Champions League final, he joined the Liverpool squad as they were parading through the city by bus! Known as a Liverpool fan, he did what he knows best — he played music to his favourite football players on the top floor of the double-decker bus surrounded by players.

So, we have seen videos of him playing the song “One Kiss”, which is the unofficial anthem of the football club, but also “Freed from Desire.” The Liverpool players may not have won the Champions League, but they had the honour of seeing a private Calving Harris show!

Cave’s Album Is One of the Most Anticipated in 2022

Nick Cave’s album is on the PitchFork list of the 37 most anticipated albums in 2022! “Seven Psalms” arrives on June 17th. Nick Cave wrote one psalm a day for a week, and his long-time friend and collaborator Warren Ellis was involved in the production. The project was presented as a meditation on love, faith, anger, mercy, sorrow, sex, and praise.

James Arthur and Belgian DJ Lost Frequencies have teamed up to create the single “Questions”.

On his Instagram profile, Lost Frequencies published a visual and teaser of the single, addressing the audience shortly and concisely: “New music this week, see you Friday.”

A few tones of Arthur’s raw voice and a light summer beat can be heard in the short snippet.

Jax Jones Has a New Single with Gracey and Martin Solveig

Jax Jones posted a carousel on Instagram with a short caption: “New Europa tune with Martin Solveig and Gracey coming this Friday!”

The carousel includes a short video with a visual and a snippet of the song, several videos from the studio and the stage, and photos with Gracey, provoking a unanimous reaction from the audience — the alarms are set for Friday!

Masked Wolf posted the first dates of his European tour on his Instagram profile. “EUROPE, WHERE AM I SEEING YOU?? More announcing soon,” he posted along with a visual.

The tour will last throughout the summer and include July 8th, when Masked Wolf will shake up the Main Stage of the EXIT Festival.

Andreas Kisser Reveals the 10 Albums that Changed His Life

Andreas Kisser, the lead guitarist of the cult heavy metal band Sepultura, listed for Metal Hammer the albums that changed his life and shaped him as one of the most prominent figures in metal.

ARTBAT: The “Selected” EP Is Here!

Ukrainian DJ duo ARTBAT has released its fourth EP, a compilation entitled “Selected”, for its label UPPERGROUND. There are four tracks on the EP — “Generation”, “Blossom”, “Like a Phoenix”, and “Stay Close” — and the EP itself, in addition to the work of the talented duo, showcases tracks by Woo York, Stephan Jolk (who will perform on the No Sleep stage this year) and Noissier.

You can’t miss the recognisable ARTBAT sound in the tracks, and best of all, that very sound will be closing the mts Dance Arena soon!

Sama’ Abdulhadi: No Sleep Stage and Festival Lights Are Amazing!

In an interview with the prestigious The Face magazine, the queen of the Palestinian techno scene, Sama’ Abdulhadi, talked about why she thinks festivals can help change the world and how excited she is to perform at the mts Dance Arena this summer!

She also commented on her performance at EXIT last year. “My first gig after the pandemic last summer was Exit. I was playing the No Sleep stage, and the lights and the stage show there were just amazing. I had so much energy to give! I think if I’d played that stage in my first year (at mts Dance Arena) I would have been so overwhelmed. I watched Paul Kalkbrenner there, and my mouth was just open the whole show!” said Sama’.

A year later, she will stand where Kalkbrenner stood, side by side with DJ ANNA. Sama will show why she is so unique and why she is the one who made the techno scene in her country what it is today, representing Palestine to the world in a different, better light.

Anfisa Letyago is, without a doubt, a techno star in the making! This has been confirmed again by a portrait created by the prestigious Mixmag magazine, with Anfisa on the cover! Underneath the title “MAXIMUM ENERGY: ANFISA LETYAGO IS THE TECHNO DYNAMO HEADING TO THE TOP” is a description of her personal and musical journey, which you can read here.

This week, Anfisa Letyago also announced her residency in the BBC Radio 1 family!

“Excited to announce I’m joining The Residency on BBC Radio 1 this month! I’ll be on the airwaves from tomorrow at 23:00 BST on Thursdays throughout June,” she posted on Twitter.

We are excited that Anfisa will arrive at the mts Dance Arena in full swing!

This year’s headliner of the mts Dance Arena, Enrico Sangiuliano, announced the EP “Silence” for the label Nine to Zero music on his Twitter account. We are counting the days until June 10th, when the EP will be released, and we are slowly counting the days until Thursday, July 7th, when a masterful B2B set will arrive at the Fortress — Adam Beyer and Enrico Sangiuliano are teaming up!

Thursday is, by the way, the night of great B2B sets at EXIT. Aside from these techno greats, the aforementioned Sama’ Abdulhadi and ANNA are also arriving, as well as Eli Brown and Ilija Djokovic.