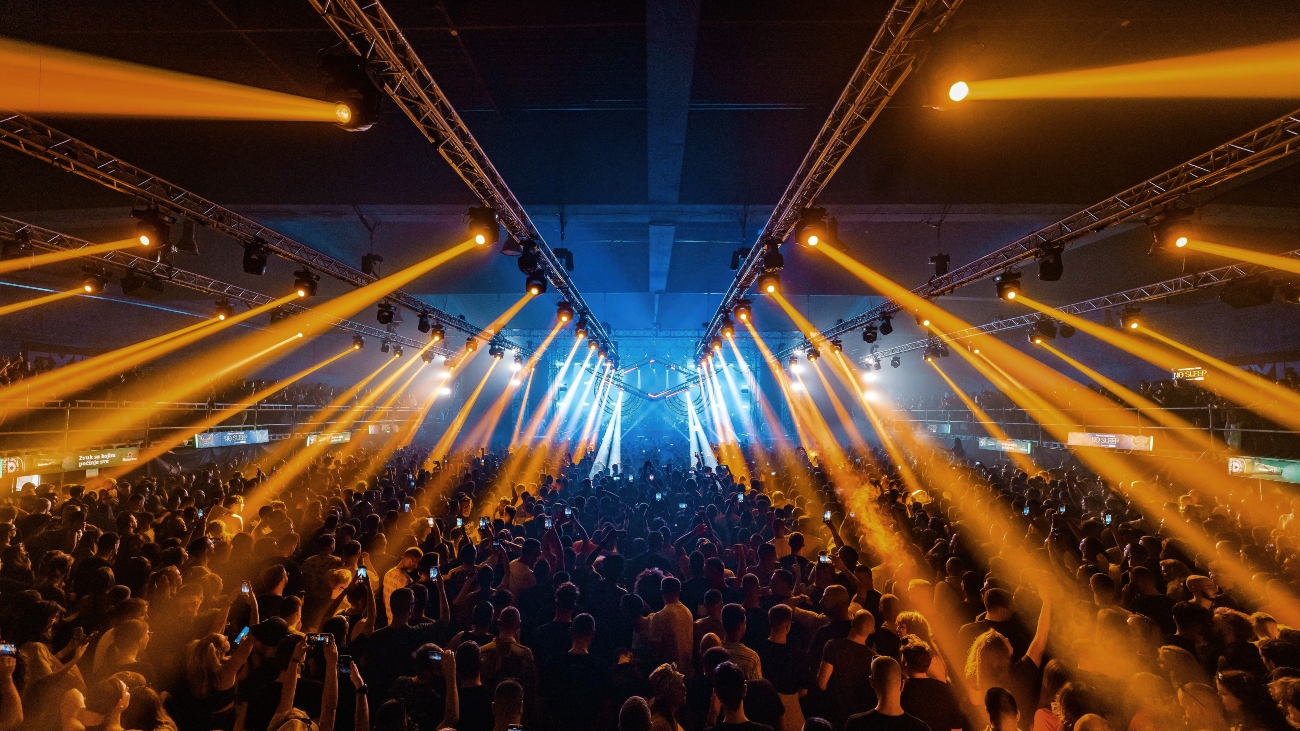 The fourth edition of the No Sleep Festival, which still holds Best New European Festival title, ended with new records. The Main Hangar of the Port of Belgrade had its highest attendance ever, while an even bigger phenomenon, according to many, was the vast number of fans who stayed until the very end of the marathon festival to watch the performance of the now global star Indira Paganotto.

We can’t remember a Belgrade music event where 95% of the audience stayed until after 6:00 a.m., let alone 7 a.m.! Tickets for the festival were completely sold out, and aside from the above-mentioned Spaniard, this year’s line-up included the likes of Amelie Lens, Reinier Zonneveld, Partiboi69, Ida Engberg, and dozens of others!

During the weekend, the capital was bustling with No Sleep excitement at nine locations, which welcomed more than 16,000 visitors. Amelie Lens played a hit by the local Belgrade duo Omladina voli rejvove, Reinier Zonneveld bringing his live act to Belgrade, showed why he keeps conquering dance floors worldwide, Partiboi69 found out that he had a very loyal fanbase in Belgrade with fans coming to the festival dressed in his style, and Kiki Solvej had fans shouting her name from the front rows. The Hangar’s walls on the first No Sleep night were shaken by the Madrid techno maestro Regal, who climbed on top of the DJ desk at the end of his set, while Koboyo, DJ Jock, Edib D, and Katalina made for perfect introductions for the rave night fever.

“A perfect weekend“ – this is how Amelie described her time in Belgrade and Zagreb. She was the one who brought this weekend to perfection with a flawless set in front of about 6,000 people, and it was apparent how much the Belgrade audience wanted to see her from the cues that formed in front of the Main Hangar. Everyone was also excitedly waiting for the performance of Indira Paganotto, the audience’s favourite at this year’s No Sleep Novi Sad stage at EXIT, an artist whose set was one of the most special ever at No Sleep. This is also how she experienced it, saying that her set and the audience’s reactions represented a “next level of magic.“

Those with the most clubbing stamina went to the No Sleep afterparties at the Drugstore club. They were welcomed in a great atmosphere by Ida Engberg, Matisa, Dejan Milićević, Human Rias, Andrej Jelić, and Antrax. “WOW. Just WOW. I have no words to describe it! You just blow me away, totally outstanding,” posted Matisa after her set at the Drugstore.

Other Belgrade clubs couldn’t resist No Sleep’s charms either, so Silosi Beograd, 20/44, Ben Akiba, Dim, Yugovinyl, and Backstage also worked throughout the weekend. Exceptionally high-quality content was delivered by the No Sleep Conference, which dedicated this year’s edition to topics such as the overview of the situation in the festival and event industry with the current crisis, the process of building an artist’s career, and establishing a music label, while DJ Jock shared tips and tricks from his impressive background in production via a workshop.

This year will be remembered for its triple marathon rave experience, with two No Sleep Festivals produced by the EXIT team and EXIT’s No Sleep Novi Sad stage. No Sleep showed once again that it was more than a music event, that its strength lies in its fans and the community it has built, and that its title of Best New European Festival was well deserved.