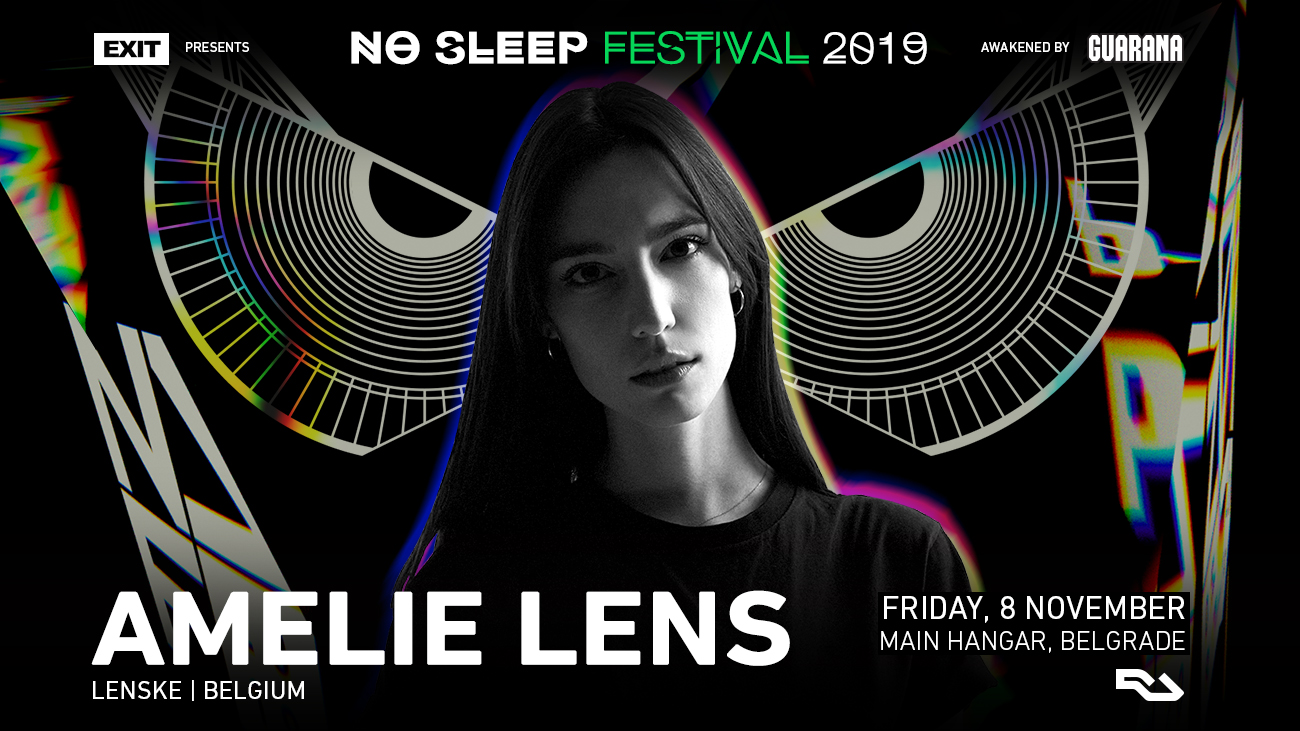 Surrounded by a team of friends since high school days and investing an incredible amount of energy in everything she does with a heartfelt approach to the audience while pushing herself to constant improvements, Amelie Lens has grown into one of the biggest electronic stars of today. Just within this year’s Amsterdam Dance Event, Lens will have her own festival promoted by the Awakenings, while also having events like Sonar, Time Warp, Movement Detroit and dozens of others rightfully featuring her at the top of their offer.

Although her profile surged globally in a movie-like rise just in the past two years, her DJ career took off ten years ago, from all-night resident sets at the Belgian club Labyrinth, to sold-out shows in some of the world’s biggest venues, including London’s most famed club fabric, to four completely sold-out shows in Rome in less than a year! Just in the past seven days, the great Carl Cox invited the audience during his set to chant her name with him, and other than EXIT, Amelie also closed Awakenings and Kappa Futur, while the live stream of her fantastic show in front of Brussels’ Atomium this Monday became one of the most viewed in the popular Cercle series!

The spectacular production by EXIT team at the gargantuan Hangar in the Port of Belgrade will also welcome Berghain’s most talked about resident, Max Kobosil, one of the leading techno acts of the new generation. With him and Amelie behind the decks, the night is already set to be written in the books, but to set the bar even higher, they will be backed by the hot Belgium duo Joyhauser and Farrago, the vicious producer and rising star of Lenske, Amelie’s own popular imprint. Local support is entrusted to Belgrade’s very own Sugar Lobby, while more acts for the sleepless weekend in the Serbian capital will be announced in the coming weeks.

Those who apply now for the early-bird tickets will receive a promo code which will give them a chance to get to those tickets before many others at the lowest price: https://bit.ly/NoSleepFestival2019

Last year, the award-winning EXIT team presented the brand new No Sleep Festival in Belgrade, gathering 25,000 visitors during a non-stop party over three nights and four days at a dozen festival locations throughout the city. The festival hosted some of the world’s most sought-after artists in combination with the underground scene and the stars on the rise. The international lineup featured Fatboy Slim, Nina Kraviz, Cassius, Lee Burridge, Dax J, DJ Tennis, Olof Dreijer, I Hate Models, Molly, Marcel Fengler, Francois X, Randomer, Aleksi Perälä, Agnes Aves, Black Merlin and Philip Berg, while the regional selection included some of the key figures like Marko Nastić, Dejan Milićević, MKDSL, Peppe, DJ Jock, Filip Xavi, Vladimir Aćić, Sonja Sajzor, Monosaccharide, 33.10.3402, Schwabe, Nevena Jeremić and many others! In parallel with the festival, the first No Sleep Conference was held, where Philippe Zdar, DJ Tennis, Dax J, Olof Dreijer and many others spoke on panels about today’s electronic music scene.

The No Sleep music platform, created by EXIT team with the support of the popular local brand Guarana, has been showcasing some of the world’s leading electronic acts of the past five years. Thanks to the mothership No Sleep Novi Sad stage at EXIT Festival, with which the entire music platform started, the festival welcomed some of the world’s most famous clubs such as fabric, Bassiani, Concrete, Tresor, Sub Club, Fuse, Arma17, D-Edge, The Bunker New York, MMA-Munich, Nitsa, Salon des Amateurs and Grelle Forelle, along with Serbian finest venues such as Drugstore, 20/44 and Tunnel, while also hosting parties like the much venerated All Day I Dream. In the past three years, EXIT through No Sleep had visited some of the largest metropolises such as New York, London, Moscow, Sao Paulo, Barcelona, Rome and others, and this fall for the second time, it will return to Belgrade in its new full festival format.

EXIT Festival had its best edition so far with 200.000 visitors and a lineup lead by The Cure, Carl Cox

Competition is open: Perform at the Best Major European Festival!

Alice Merton: The story of success