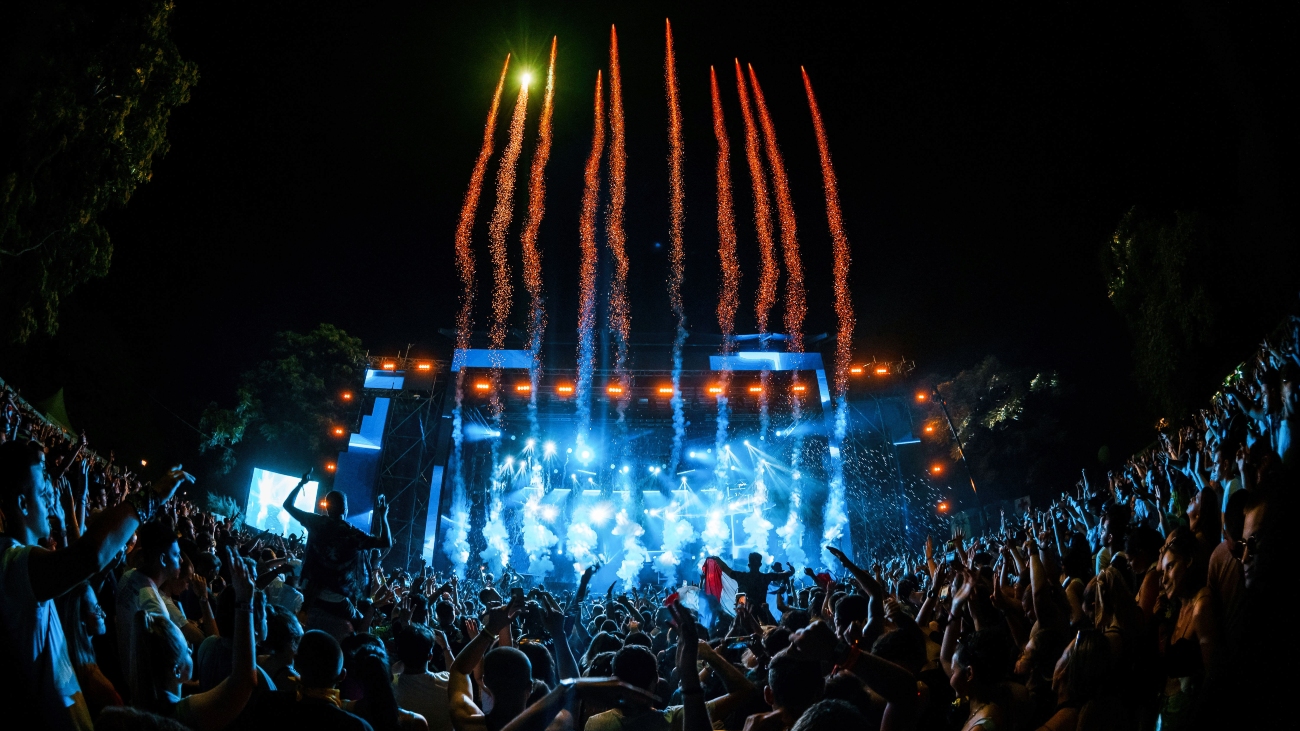 EXIT will break new records in 2022, after last year’s epic edition, when it was the first major festival in Europe since the beginning of the pandemic. This is evidenced primarily by the massive demand for tickets from all markets, which are selling out at an unprecedented rate! One of EXIT’s strongest-ever line-ups is led by superstars Calvin Harris and Nick  Cave, as well as dozens of international headliners, bringing hits whose combined streaming numbers exceed a whopping 60 billion! The experience of last year’s festival, when we made history, now merges with euphoria to create the most liberating edition of the festival ever. On June 7th, we can start the countdown; EXIT is coming in a month!

From 7th to 10th July, the Petrovaradin Fortress’s 40 stages and zones will set the perfect scene for global megahits and musical anthems that have (re)defined genres. The great and powerful Calvin Harris and Nick Cave & The Bad Seeds, rap superstar Iggy Azalea, hitmakers and trendsetters James Arthur, Masked Wolf, Disciples, Ofenbach, Acraze, leading acts in today’s electronic music Maceo Plex, Boris Brejcha, ARTBAT, Honey Dijon, Afrojack, Alok, Zhu, Reinier Zonneveld, Anfisa Letyago, Denis Sulta, the fierce Napalm Death, Sepultura, Blind Channel, legendary Marky Ramone and The Exploited, the region’s most sought-after act Konstrakta and many others, soon joined my more names, will create the soundtrack for the 2022 festival summer. The line-up of this year’s edition will be completed next week. Thanks to Them, EXIT Will Break All Records:

For six years in a row, Forbes magazine has named the absolute headliner of this year’s Main Stage, Calvin Harris, the #1 highest-paid DJ in the world, with earnings of more than $300 million. This mega-successful producer, singer, and songwriter has won 32 of the most prestigious music awards to date, including multiple Grammys and MTV, NME, Billboard, and Brit Awards. He has collaborated with the likes of Rihanna, Ellie Goulding, The Weeknd, Dua Lipa, Pharrell Williams, and Migos, while his songs have reached an impressive 35 billion combined audio streams and video views.

One of the most original and influential bands in the world, led by an invincible rock preacher, Nick Cave, will thunder from the festival’s Main Stage on Friday, July 8th, and, after The Cure’s unforgettable 2019 performance, continue EXIT’s tradition of featuring legendary rock acts.

The multi-talented rapper, Iggy Azalea , has broken through in the past decade as one of the biggest names in the most popular music genre in the world. More than 35 million people follow this musician on social media, along with some of the world’s biggest music stars she has worked with, including Britney Spears, Jennifer Lopez, and Ariana Grande. In June 2014, her singles “Fancy“ and “Problems“ reached the top two spots on the Billboard Hot 100, equalling a record held by the Beatles. The Australian rapper didn’t seem too impressed, saying: “I’d rather be the Rolling Stones.“

James Arthur‘s interpretation of the song “Impossible” reached #1 in the UK Singles Chart and became the X Factor’s best-selling winning single. This was followed by big hits like “Say You Won’t Let Go,” which also reached #1 on the UK Singles Chart and became one of the most streamed songs on Spotify. “Train Wreck” and “Naked” came next, while his new album “It’ll All Make Sense in the End” reached the top three on the UK Album Chart, like all of his previous records.

With a Grammy Award to his name, Afrojack returns to EXIT. He is a highly influential Dutch DJ, EDM producer, and songwriter who made his breakthrough onto the international scene with the multi-platinum hit “Take Over Control“ featuring Eva Simons. For years he has been one of the highest-paid DJs in the world, winning an MTV Award and spending a decade as an indispensable member of DJ Mag’s list of the best DJs in the world. His high status is evidenced by the endless list of musical names whose songs he created and remixed, including Beyoncé, U2, Pitbull, will.i.am, Sia, Martin Garrix…

Australian rapper Masked Wolf, who is at the top of the Billboard list of most wanted new artists, joins the team of hitmakers on EXIT’s Main Stage. He is the author of the planetary viral hit “Astronaut in the Ocean,” which was named TikTok’s most popular song for 2021!

The Ukrainian DJ duo ARTBAT will share a remarkable encounter with the EXIT people this year because they will play the closing set of the mts Dance Arena and the entire festival. They fully deserve it – years of work have made them one of the most sought-after acts on the scene, and the Beatport Top 100 Melodic House & Techno chart has, for months, featured their remixes of “Returning to Oz“ and “Age of Love“ (in collaboration with the great Pete Tong).

One of the world’s leading DJs and a very popular performer in the Balkan region. Last year, he canceled his performance due to health problems, but he is preparing to make up for this by giving twice as much energy to the expectant audience at the mts Dance Arena this July. He dubbed his music High Tech Minimal, but others often call it the intelligent music of tomorrow. Other performers accepted the genre, and Boris Brejcha mastered it to perfection.

Ana Đurić Konstrakta has started a genuine little revolution in recent months, becoming by far the most sought-after act in the Balkan region. After a very successful debut performance at the Sea Star Festival, according to many, she is headed for the peak of her career at EXIT, with a concert that everyone expects to remember as the launch of her international career.

Another “YouTube Billionaire” arriving on the Main Stage is British DJ and hitmaker Jax Jones. His breakthrough into the music scene happened in collaboration with Duke Dumont on the single “I Got U,” which soon reached the top of the UK Singles Chart. After conquering European radio stations, his hit “You Don’t Know Me” with singer Raye was nominated for a Brit Award and followed by many popular songs, such as “Instruction,” featuring Demi Lovato and Stefflon Don, “Breathe,” and “All Day and Night” in collaboration with Martin Solveig.

Four-day tickets are available at the price of 124€ +b/f.