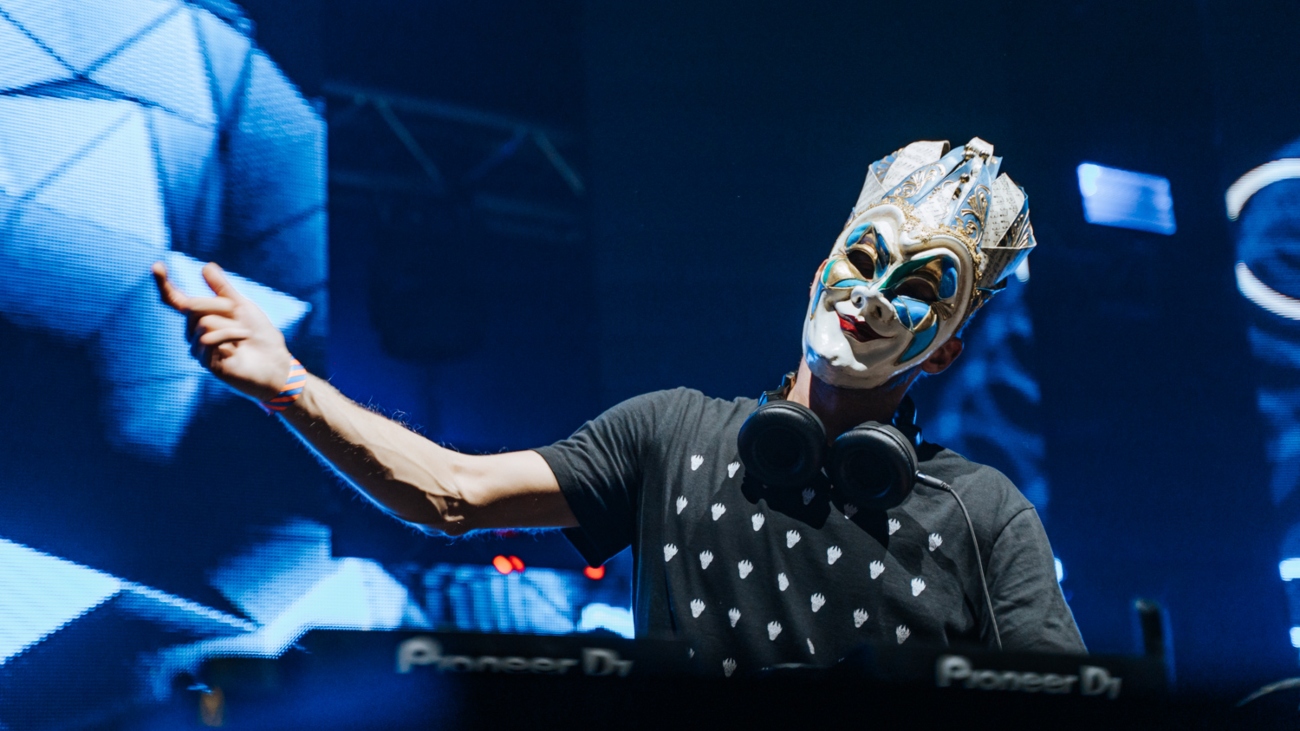 Last weekend, the world tour took Brejcha to Prague and Bucharest, where he had two fantastic performances, and a. Ass 4th November, he will bring his audio-visual spectacle to the stage of the Main Hangar in the Port of Belgrade! Brejcha is joined by representatives of his publishing house Fcking Serious — Ann Clue, Deniz Bul, and Moritz Hofbauer Live. Current, limited contingent of tickets is quickly running out, and we expect that Brejcha’s Belgrade show will be sold out!

The previous weekend took Brejcha to Prague and Bucharest, where he brought his fantastic performances and incredible energy to thousands of fans as a prelude to a unique show in Belgrade in a few days. The widely recognisable “Duck me” t-shirts and rubber ducks with Venetian masks left a striking impression on the audience, showing how big a fan base this unusual techno-wizard has built over the years of ruling the global electronic scene.

The official aftermovie of the “In Concert” show in Munich, which Brejcha posted on his YouTube channel, perfectly encapsulates the spectacular production we can expect from his appearance in our capital. In an Instagram video, he invited the Belgrade audience, saying: “I hope to see you; we will have a great time!”

Brejcha’s new releases promise a real musical treat for all the fans of the masked maestro at the Belgrade show. “Timelapse”, “Club Vibes 3”, and the last album “Never Stop Dancing,” have brought the omnipresent euphoria for the imminent spectacle to a boil, as Brejcha’s fans are counting down the days.

There is currently a very limited contingent of tickets on offer for RSD2,590 for standard admission and RSD4,490 for VIP admission.

Tickets are available at Gigs Tix sales locations and online.