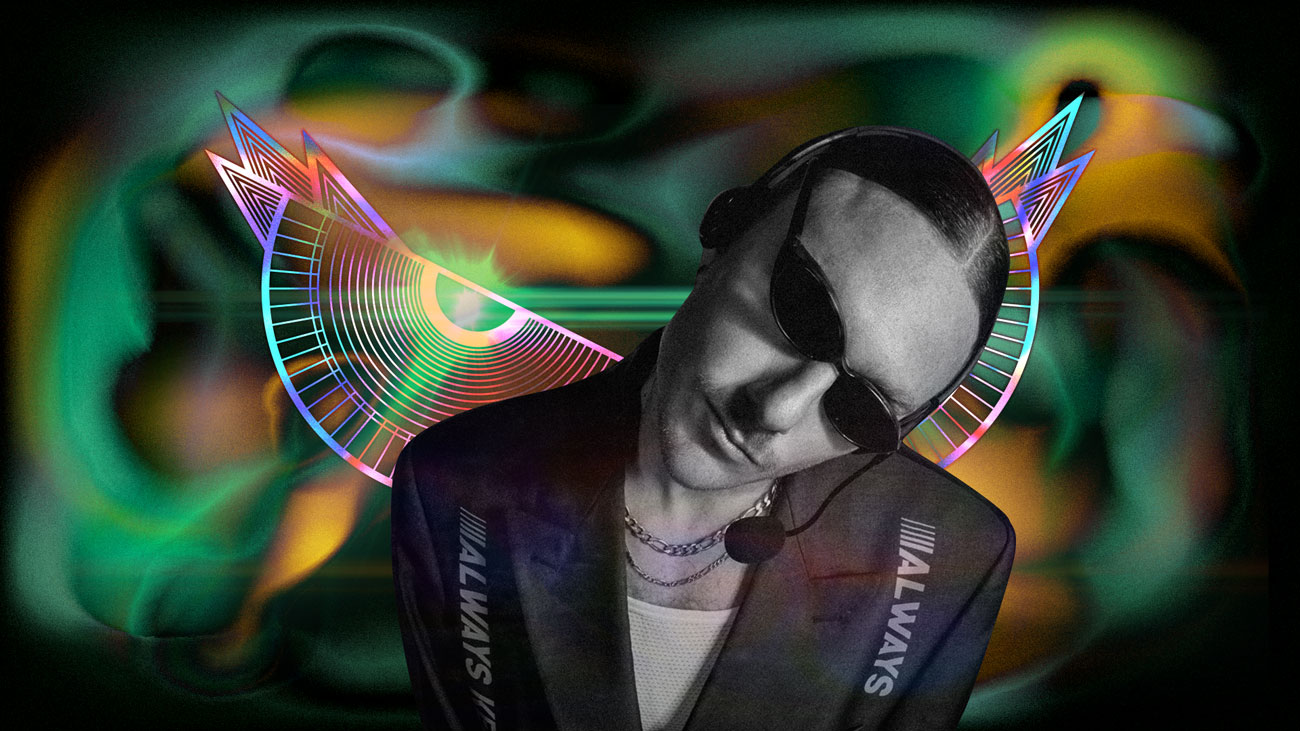 You won’t go wrong whichever epithet you use, and the real question is which comes first — the meme or the music — although it seems that the two are inextricably linked when it comes to this Melbourne showman.

There is no entirely adequate way to present this, above all, versatile Renaissance man, but the most comprehensive description would be that he is a meme lord with a ghetto-house soundtrack. Taking cues from Detroit DJ Assault and ghetto tech pioneer DJ Godfather, who remixed his track „Freaky Dreamz“, PB69 delivers old-school Roland 808 beats combined with synth samples and provocative lyrics.

Just hearing him will not suffice; you have to see and experience him, because Partiboi69 is a sensation that overwhelms and stimulates all the senses. He is a fan-favourite “people’s raver”, and an undisputed viral phenomenon. With his live performances, New Balance sneaker on a chain around his neck, and iconic, ever-tilted, tight-fitting sunglasses, he quickly became one of the most exciting phenomena in the DJ-ing world.

His live performances and labels Stingboi Productions and Mutual Pleasure Records combine computer-animated graphics with ghetto house, Miami bass, electro, and Detroit techno. His use of the green screen, in combination with the sound he delivers, presents a kind of audio-visual spectacle and an absurd level of situational comedy, with an equal commitment to the production of both elements.

To mutual satisfaction, this combination has yielded him one of the largest online communities on the electronic music scene. His YouTube channel currently has more than 23 million views, and URL fame soon brought him IRL fame, so he performed at numerous major festivals, including Boomtown, Sonar, Melt, Movement Electronic Music Festival, AVA Festival and others.

It is an interesting fact that in his creative process, he usually comes up with the concept of the video first, and then composes the music, which also determines how “hard and fast” the track will be. The most authentic examples of the musical world of this eccentric genius can be seen in the tracks „Feed Me Data“, „Magnificent“, and „Freaking You Out“.

From 2016 to today, he has built a cult of personality, viral status, and an online reputation as a dank artist. His famous Live Ghetto House/Ghetto Tech Mix is a must-watch audio-visual journey before his debut performance in Serbia at the No Sleep Festival. For the ultimate online Partiboi69 experience, we recommend watching this set in 144p, and for the “complete package” of his live performance, head to the Main Hangar of the Port of Belgrade on Friday, November 11th!