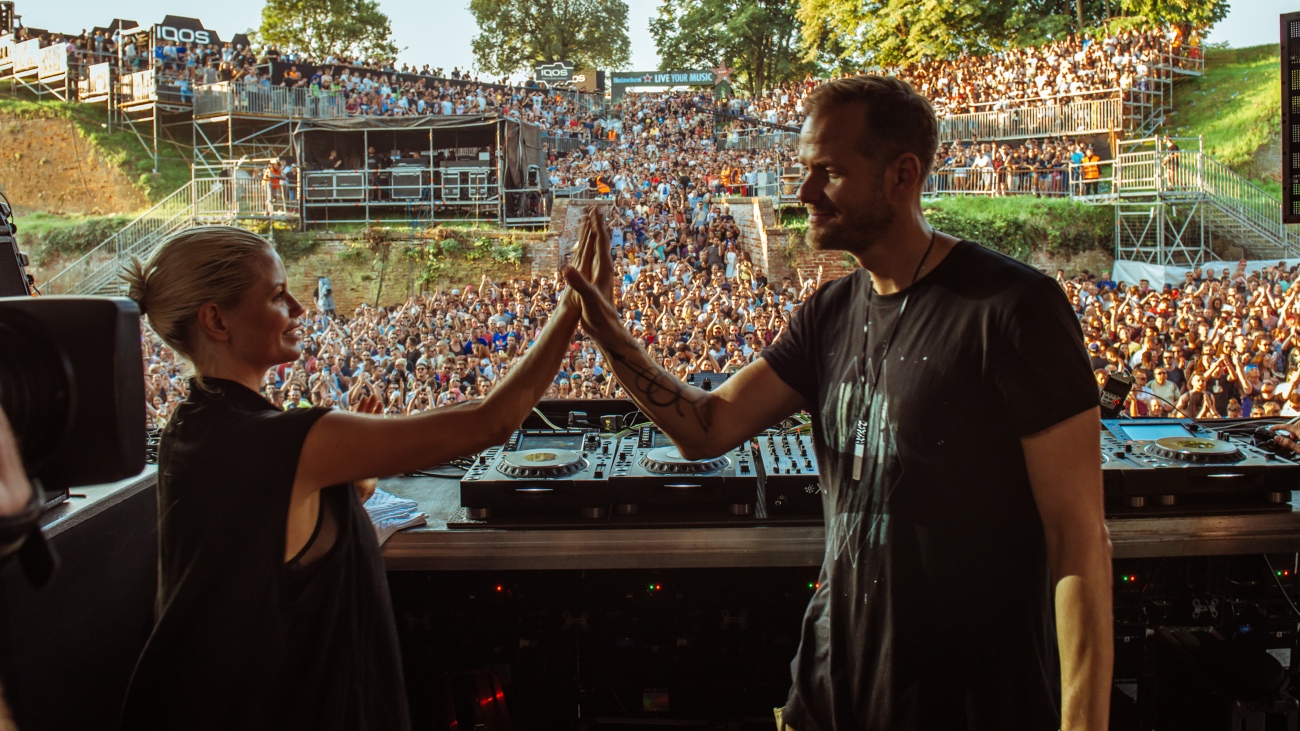 In anticipation of the grand celebration of the 20th anniversary of the festival, EXIT has recently launched a series of premiere broadcasts of festival performances that will forever remain etched in the visitors’ memory. There is no better showcase of musical skill for all techno fans than the one this couple showed in front of a full mts Dance Arena on the 12th of July 2018.

Adam Beyer and Ida Engberg have performed together all over Europe; they are resident DJs in Ibiza every summer, they have had b2b sets at Coachella and Tomorrowland, as well as the world’s biggest clubs. Beyer runs one of the most prominent record labels on the techno scene, Drumcode Records. His radio show is broadcast in over 50 countries on 85 radio stations and has 22 million listeners per week.

In the coming weeks, EXIT TV, which you can watch via Exit’s YouTube channel and Facebook page, will broadcast legendary performances by Skrillex from 2014 (17th of April) and hip-hop star French Montana (24th of April), while the second season of premiere performances is currently prepared! The shows are broadcast weekly — each Saturday at 8:21 PM.

After a year of broadcasting, the total view count of EXIT TV videos is in the tens of millions. There have been about 130 broadcasts over 100 different days during this time, offering roughly 150 hours of great programming. Life Stream, InfinitX, New Year’s special, Conscious Revolution, EXIT HomeStream, and the Sea Star Stream festival are just a part of the exclusive content realized both during the previous years at the various festivals organized by EXIT and in the last 12 months.