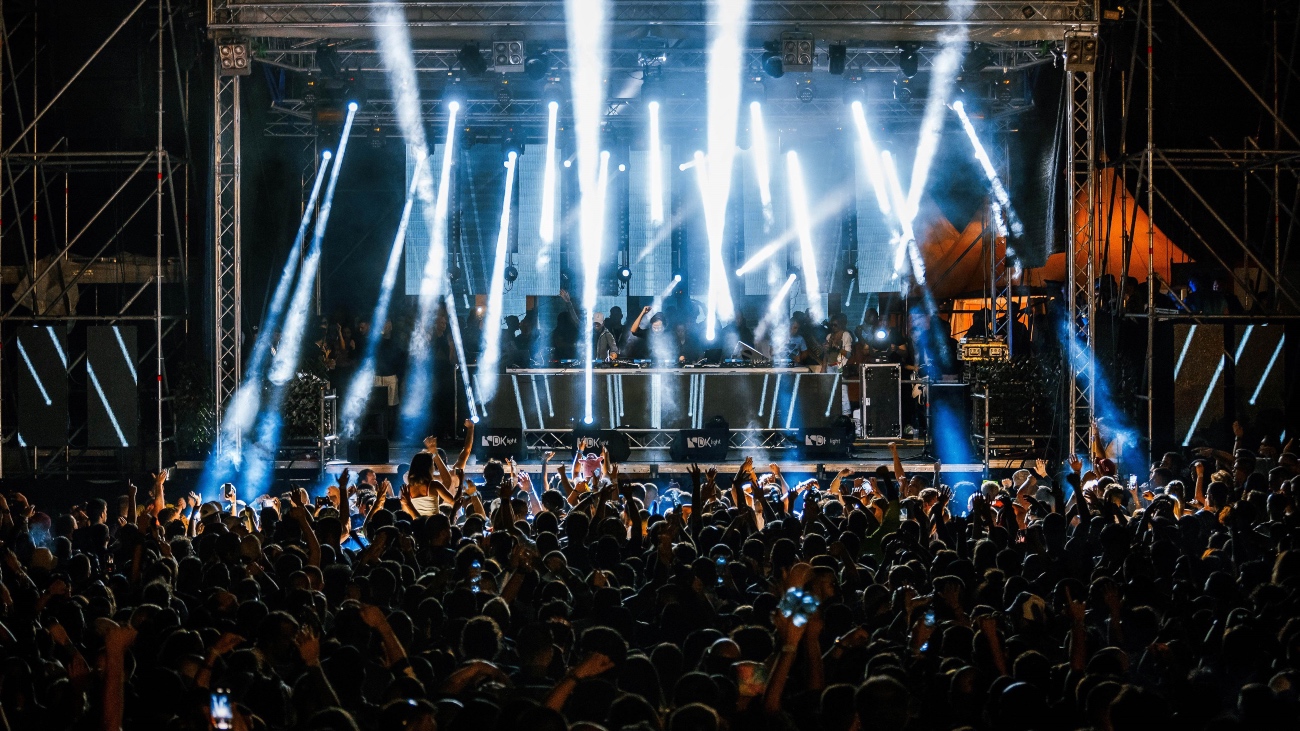 A series of challenges that the organisers faced in the past months was joined by Saturday’s storm, due to which the entire line-up was postponed to Sunday. But that is why one of the longest festival days recorded in this region, carried by the masterful performances of Tale Of Us, Boris Brejcha and Senidah, will remain engraved in history! In the summer during which the world event industry is slowly rising to its feet, the EXIT team managed, after the festival in Novi Sad, to produce Sea Dance, and put Montenegro on the European festival map, with rigorous respect for epidemiological measures at the entrances.

The event, which extended the summer, was acknowledged by the audience and performers, but also by the Government of Montenegro, whose Deputy Prime Minister Dritan Abazović visited the opening of the festival and stated that he saw the Sea Dance as “the crown of a successful tourist season”. From August 26 to 29, Buljarica beach was visited by more than 22,000 visitors from more than 40 countries around the world, being a part of the extended, four-day edition of Sea Dance. All of them enjoyed great, deeply emotional and inspired performances of great world and regional stars, such as Maceo Plex, Boris Brejcha, Tale Of Us, Medusa, Satori, Topic, Senidah, Bajaga and Instruktori, Vojko V, Tijana T, Fox & Surreal and many others. For some of them, this was the first performance after almost a year and a half break, and for some this was the first meeting with Montenegro, Budva and Buljarica beach, and this is why they were not sparing compliments regarding the location of the festival.

The entrance to the Sea Dance was organised in accordance with the measures of the State of Montenegro to fight the pandemic and the procedures were carried out rigorously, under the supervision of the sanitary inspection throughout the festival. One of these documents was required for entry – confirmation that at least one dose of the Covid-19 vaccine had been received, or that a person had had Covid-19 infection and had healed (that not less than 14 days had passed and no more than 180 days had passed since positive PCR or rapid antigen test), followed by a negative PCR test for SARS-Cov-2 not older than 72 hours, or a negative antigen rapid test-BAT not older than 48 hours. Sea Dance provided visitors who did not have any of the above, fast tests at discounted prices, testing was performed at eight points in front of the festival gates and was conducted by the staff of the Health Centre Podgorica, under the supervision of sanitary inspectors from the Directorate for Inspection Affairs.

On the first evening of the festival, over the turquoise bay, from Visa DANCE PARADISE powered by the Budva Tourism Organization of the Budva Municipality stage, reverberated the timeless hits of regional rock legends Bajaga i Instruktori. The multi-talented artist Satori brought magic through his unique live performance, composed of emotions and ethno-electronic sound, and stated: “The moment you arrive, you think – YES, THIS IS LIFE! Only in the Balkans can such collective dancing and enjoyment of music be seen.” The globally popular producer trio Meduza, absolutely delighted with the location of the festival, presented their specific “Meduza sound” for the first time that evening, on the Adriatic coast.

On the second night of the festival, Maceo Plex completely enchanted the audience of the Sea Dance Festival, honouring them with an incredible set in which he premiered songs from the new album, while the highlight of the performance was a remix of his classic “Insomnia” by Faithless. The regionally popular trap duo Fox and Surreal brought a great mood to the stage, while the whole Buljarica was on its feet with the maestro rapper Vojko V. One of the greatest DJs from this area, Tijana T rounded off the programme with her powerful techno set. She shared her impressions of the festival with these words: “One of the most magical moments and the best set in my DJ life happened right here at the Sea Dance Festival, and I am glad to be here again, because the powerful nature of the beautiful Montenegrin coast synchronized with music and brought about the magic”.

On the last evening of the festival, the masters of melodic techno sound, the fantastic Italian duo Tale Of Us, prepared a unique musical experience for the audience, deeply interwoven with emotions. After them, the long-awaited great name of the electronic scene, Boris Brejcha, the founder of high-tech minimal techno and one of the absolute favourites of the club audience, excelled on the main festival stage and gave fans incredible energy to dance, on the dance floor on the vary beach! Balkan trap queen Senidah reunited the region with her songs and showed all her courage and authenticity and stated: “Like in the year before the last, this year you took my soul again, my soul stays with you, I hope you will invite me again next year”. One of the fastest growing stars of today, hit maker Topic has once again shown why he collaborates with the biggest pop stars and makes hits that exceed the number of over half a billion views on video and streaming services, while the honour to close Sea Dance in the early morning belonged to the charismatic Ann Clue.

Sea Dance has launched a campaign for vaccination of young people

The United Festivals of Montenegro, led by Sea Dance, Lake Fest, Bedem Fest and Podgorica Film Festival, launched a national vaccination campaign in early August, focusing on young people. As part of the “I do not want” campaign, Sea Dance donated 1,000 tickets for the opening of the festival to medical workers, as a sign of gratitude for their dedication to public health, as well as to the young people who were vaccinated from August 18 to 25, at medical stations throughout Montenegro.

An indispensable part of the festival – social activism

The focus of this year’s zone of social activism at the Sea Dance Festival was an ecological mission to preserve and protect our planet and all life on it. The visitors of the festival had the opportunity to take part in several campaigns and actions through various contents at the Eco Zone. Thus, the Recan Foundation realized two projects: “Pixelata” – making a large mural from cans, which is a unique work of art, a special combination of art and recycling, and “VulCan machine” – a machine for melting cans, with which aluminium was melted on the spot from cans and poured into various moulds, creating new items as the final product. On the occasion of the jubilee – 30 years since the adoption of the Declaration on the proclamation of Montenegro as an ecological state, the Ministry of Ecology, Spatial Planning and Urbanism participated in the Sea Dance Festival as part of the campaign called “Every LEAF Every DROP” (“Svaki LIST Svaka KAP”).

Exceptional cooperation of the festival with the Municipality of Budva

Sea Dance, as every year, signed an Annex to the Agreement on long-term cooperation in the organisation of the festival with the Municipality of Budva, which includes the support of the Tourist Organization. An Agreement was also signed with the Ministry of Economic Development of Montenegro, bearing in mind that the Government assessed the Sea Dance Festival as one of the most important projects of regional cooperation in the field of youth and tourism. Sea Dance Festival through cooperation agreements with the Ministry and the National Tourism Organisation of Montenegro is actively working to promote Montenegro as a recognised tourist destination, especially in the field of event tourism, with the emphasis on strengthening the tourism brand of Montenegro, and Sea Dance festival also affects the development of the domestic creative industries sector, which is one of the goals of all countries in the Western Balkans region.