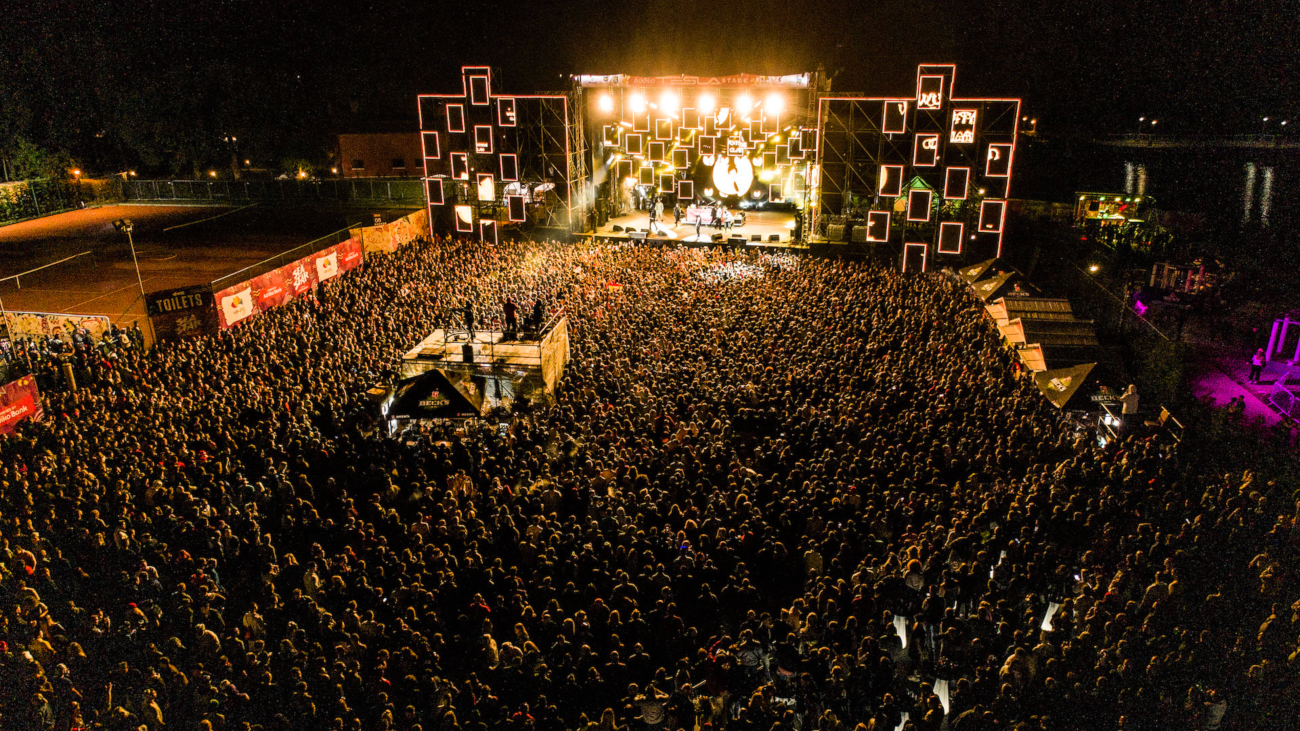 The rap gods Wu-Tang Clan brought the turquoise Stella Maris lagoon to a boiling point with raw energy, rocking their greatest hits “C.R.E.A.M”, “Triumph”, “Gravel Pit” and many others. The emotional peak of the concert was the influential group’s call of for peace, which added to the overall message of love and tolerance in the Balkans region, sent from the festival’s organizers.

On the night before, one of the world’s leading electronic acts Sven Vath and Nina Kraviz masterfully led the audience all the way until the sunrise. The German father of techno, Sven Vath, raised the energy up to the highest point with an ease of a true master, leaving the command in the hands of the highly energetic Nina Kraviz who gave an extremely inspired set, galvanizing the audience to chant her name for two encores at the very end for a sight which can be seen only at stadium-sized rock shows! The mighty Russian artist reminded everyone of her famous closings at the epic Dance Arena stage of EXIT Festival, bringing that magic all the way to the Adriatic Sea!

The summer fun started on Thursday with a warm-up party at three stages, while on Friday the lagoon shone in its full capacity and, among the first, welcomed to the stage the new rap sorceress, IAMDDB, who charmed everybody with her attitude and her fusion of trap and jazz music and popular hits such as “Shade”, “Kurr£ncy” and “Drippy”. It was appropriate that the introduction for her at the main stage that day was made by regional hip-hop stars High 5, Fox and Vojko V, bringing the audience to a delirium.

On the third day of the Sea Star Festival, at the exact time as the most beautiful sunset on the Adriatic, the #ShareLove panel sent out messages of love and tolerance! The founder of Exit Festival, Dušan Kovačević, Umag mayor Vili Bassanese and “brothers from Atlantis” – local artists from formerly opposed countries, Momčilo Bajagić Bajaga of Bajaga i Instruktori from Serbia and Hladno Pivo’s Mile Kekin from Croatia, once more showed unity to numerous visitors and journalists, highlighting that there is no room for nationalism and intolerance if we aim to create a normal, civilized society.

The next great stop in the festival calendar is EXIT festival, to be held from July 4 to 7 on the Petrovaradin Fortress in Novi Sad. This year’s edition is the strongest ever and the main reason is the impressive music program lead by the rock titans The Cure, the currently most talked about rock act Greta Van Fleet, the unofficial king of the grime scene Skepta and the new hip-hop diva IAMDDB, the greatest name in DJ history Carl Cox, the officially most popular DJ tandem Dimitri Vegas & Like Mike, as well as such hitmakers as DJ Snake, The Chainsmokers, Desiigner, Lost Frequencies, Sofi Tukker i Tom Walker, bass heroes Chase&Status and Dub FX, electronic aces Solomun, Tale of Us, Maceo Plex, Paul Kalkbrenner, Charlotte De Witte, Boris Brejcha, Peggy Gou, Jeff Mills, Amelie Lens, Dax J and many others, on over forty stages and music zones all across the Petrovaradin Fortress in Novi Sad. More info at exitfest.org.